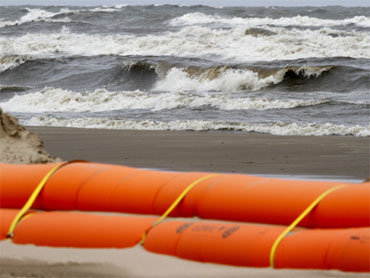 The United States is accepting help from 12 countries and international organizations in dealing with the massive oil spill in the Gulf of Mexico, the State Department said Tuesday.

The State Department said in a news release that the U.S. is working out the particulars of the help that's been accepted.

More than 30 countries and international organizations have offered to help with the spill. The U.S. hasn't made a final decision on most of the offers.

The United States rarely faces a disaster of such magnitude that it requires international aid, but the government did accept assistance after Hurricane Katrina.

Most of the countries and groups have offered skimmers, boom or dispersant chemicals, according to a chart on the State Department's website.

"To be clear, the acceptance of international assistance we announced today did not mean to imply that international help was arriving only now," said State Department spokesman P.J. Crowley. "In fact, before today, there were 24 foreign vessels operating in the region and nine countries had provided boom, skimmers and other assistance."

He said as early as May 11, boom arrived from Mexico, Norway and Brazil.

The chart indicated offers have been accepted from six countries - Canada, Mexico, Croatia, Holland, Norway and Japan. Offers also were accepted from two groups - the International Maritime Organization and the Monitoring and Information Center, which is operated by the European Commission.

The two organizations are offering technical assistance. Mexico, Norway, Holland and Japan are providing skimmers; Canada is providing containment boom; and Croatia is pitching in with technical advice.

Only one offer has been rejected, according to the chart. Dispersant chemicals offered by France are not approved for use in the U.S.

The chart did not list the other four countries or groups from which the U.S. has accepted help.

Almost all the countries and groups expect to be paid for their help, although the technical coordination from the two international groups and some containment boom offered by Mexico are free.