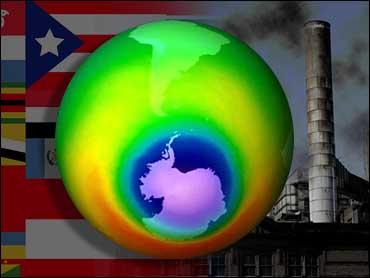 For its part, the Bush administration, which rejects the emissions cutbacks of the current Kyoto Protocol, accepted only a watered-down proposal to enter an exploratory global "dialogue" on future steps to combat climate change. That proposal specifically rules out "negotiations leading to new commitments."

The parallel tracks represented a mixed result for the pivotal two-week conference, doing little to close the climate gap between Washington on one side, and Europe, Japan and other supporters of the Kyoto Protocol on the other.

"These countries are willing to take the leadership," Swiss delegate Bruno Oberle said of the Kyoto nations. "But they are not able to solve the problem. We need the support of the United States, but also of the big emerging countries," a reference to China and other poorer industrializing nations not obligated under Kyoto.

Earlier Saturday, there was hope that the United States would make a small compromise. "We're getting very close. I'm quite confident we will have a successful outcome," Harlan Watson told The Associated Press as the U.N. climate conference entered its final hours. Any agreement would probably have been just a small step forward, however.

The Montreal meeting was the first of the annual climate conferences since the Kyoto Protocol took effect last February, mandating cutbacks in 35 industrialized nations of emissions of carbon dioxide and five other gases by 2012.

A broad scientific consensus agrees that these gases accumulating in the atmosphere, byproducts of automobile engines, power plants and other fossil fuel-burning industries, contributed significantly to the past century's global temperature rise of 0.7 degrees Celsius (1 degree Fahrenheit).

Delegates were buoyed earlier in the day by an appearance by former President Clinton, a Kyoto supporter, who told them in a speech punctuated by enthusiastic applause that Mr. Bush's economic argument is "flat wrong."

"There's no longer any serious doubt that climate change is real, acclerating and caused by human activities," said Clinton, whose address was interrupted repeatedly by enthusiastic applause. "We are uncertain about how deep and the time of arrival of the consequences, but we are quite clear they will not be good."

But the ex-president urged the negotiators to find a way to "work with" the current U.S. administration.

Canadian officials said the U.S. delegation was displeased with the last-minute scheduling of the Clinton speech. But U.S. delegation chief Paula Dobriansky issued a statement saying events like Clinton's appearance "are useful opportunities to hear a wide range of views on global climate change."

Clinton's vice president, Al Gore, was instrumental in negotiating the treaty protocol initialed in 1997 in Kyoto, Japan, a pact that the Senate subsequently refused to ratify. When Mr. Bush, taking office, rejected Kyoto outright, he complained that China, India and other major industrializing countries were not bound by its emission controls.

The protocol's language required its member nations at this point to begin talks on presumably deeper emissions cuts for the next phase, after 2012.

Negotiations among the more than 150 nations that ratified Kyoto went on until dawn Friday and then resumed later in the day, as they hammered out final details of a plan whereby a working group would begin developing post-2012 proposals. The tentative document included no deadline for that work, but said it should be completed early enough to ensure that no gap develops after 2012.

That would guarantee an uninterrupted future for the burgeoning international "carbon market," in which carbon reductions achieved by one company can be sold to another to help it meet its target.

At the same time, the host Canadians tried to draw in the Americans, Kyoto outsiders, on a parallel track, under the nonbinding 1992 U.N. climate treaty. Canada's proposals offered vague, noncommittal language by which Washington would join only in a "dialogue" to "explore" cooperative action.

U.S. negotiators repeatedly rejected these efforts, though remaining in discussion with Canada's environment minister, Stephane Dion, president of the conference.

The Americans also repeatedly pointed to $3 billion-a-year U.S. government spending on research and development of energy-saving technologies as a demonstration of U.S. efforts to combat climate change.

In a news conference after his speech, Clinton suggested the Europeans and others not force "targets" on Washington, but look for agreement on specific energy-saving projects.

"If we just keep working with the administration, we'll find some specific things we can do that are consistent with the targets," he said, but "without embracing the targets."

Most of the conference was devoted to the nuts-and-bolts work of the climate pacts.

Environmentalists were pleased at agreements in such areas as how to quantify gas emissions and how to penalize nations that do not meet Kyoto targets.

Others expressed disappointment, meanwhile, there was not more progress here in such areas as helping finance developing countries' adaptation to damaging climate change.

As for the U.S. position, many here seemed resigned to waiting for a political change in Washington.

"It's such a pity the United States is still very much unwilling to join the international community, to have a multilateral effort to deal with climate change," said the leader of the African group of nations here, Kenya's Emily Ojoo Massawa. 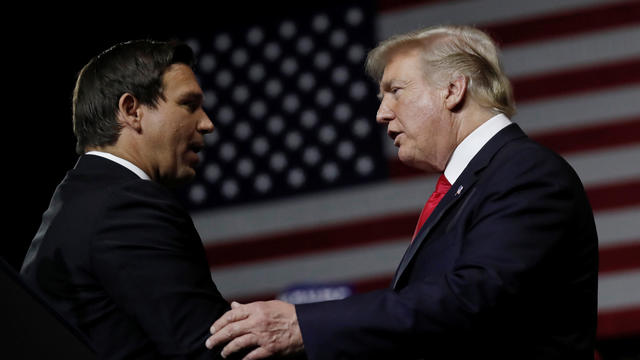