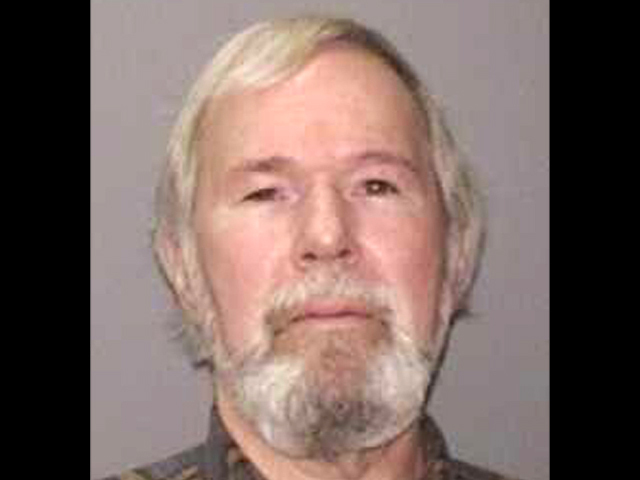 (CBS/AP) HERKIMER, N.Y. - Authorities said the suspected gunman who went on a rampage at a car wash and a barbershop that left four people dead in upstate New York was killed Thursday in a police shootout.

Kurt Myers, 64, was killed by police who kept vigilant watch at an abandoned building in the village of Herkimer. State police spokesman Jack Keller said police went into the building at around 8 a.m. The shootout occurred in the basement, where Myers shot a police dog. Keller said police returned fire, killing him.

Myers' rampage started with a fire in his apartment in the nearby village of Mohawk on Wednesday morning. They said he then shot two people dead and wounded two others at a barbershop around the corner before killing two more at a Herkimer oil change and car wash business.

Hours later, a flurry of gunfire was heard near where police narrowed their search.

Herkimer County Community College and nearby schools were locked down as people were told to stay inside as police hunted Myers.

John Seymour, one of the men wounded in the attacks, told his sister that the barbershop attack came out of nowhere.

"He just said that the guys were in the barbershop and this guy comes in and he says, 'Hi John, do you remember me?' and my brother said, 'Yes, Kurt, how are you?' and then he just started shooting," Mary Hornett said.

Hornett said her brother, who was hospitalized in critical condition, was doing well after being shot in the left hand and right hip.

"My brother couldn't think of any reason why he would do such a thing," she said of Myers, a former customer who hadn't been in the shop for a couple of years.

Police Superintendent Joseph D'Amico said Myers drove to John's Barber Shop on Wednesday after the apartment fire and used a shotgun to kill two customers. They were identified as 68-year-old Harry Montgomery and 57-year-old Michael Ransear.

D'Amico said Seymour, the shop's owner and another customer, Dan Haslauer, was also was listed in critical condition at a Utica hospital.

The gunman then drove to Gaffy's Fast Lube in nearby Herkimer and used the shotgun to kill Thomas Stefka, an employee, and Michael Renshaw, a customer who was a 23-year veteran of the state Department of Corrections, D'Amico said.

Gov. Andrew Cuomo, in a press conference in Herkimer, called it "truly an inexplicable situation."

"There's no apparent motive to the best of our knowledge at this time to provoke these attacks," he said.

Neighbors said they barely knew Myers, who rarely spoke and left every morning in his red Jeep and came back. They said he never had visitors or friends.

Michele Mlinar, a bartender at Cangee's Bar and Grille in Herkimer, said Myers frequently went in and had a bottle or two of Coors Light and left without speaking to anyone. She said he was always alone and she didn't even know his name until police released his mug shot on Wednesday.

The shootings shattered the peace and rattled the nerves of Mohawk and Herkimer, two small villages about 170 miles northwest of New York City, separated from each other by the Mohawk River and the New York State Thruway.

James Baron, the mayor of Mohawk described his village as close-knit and friendly, "the kind of place where you'd say, 'Oh, it would never happen here.'"