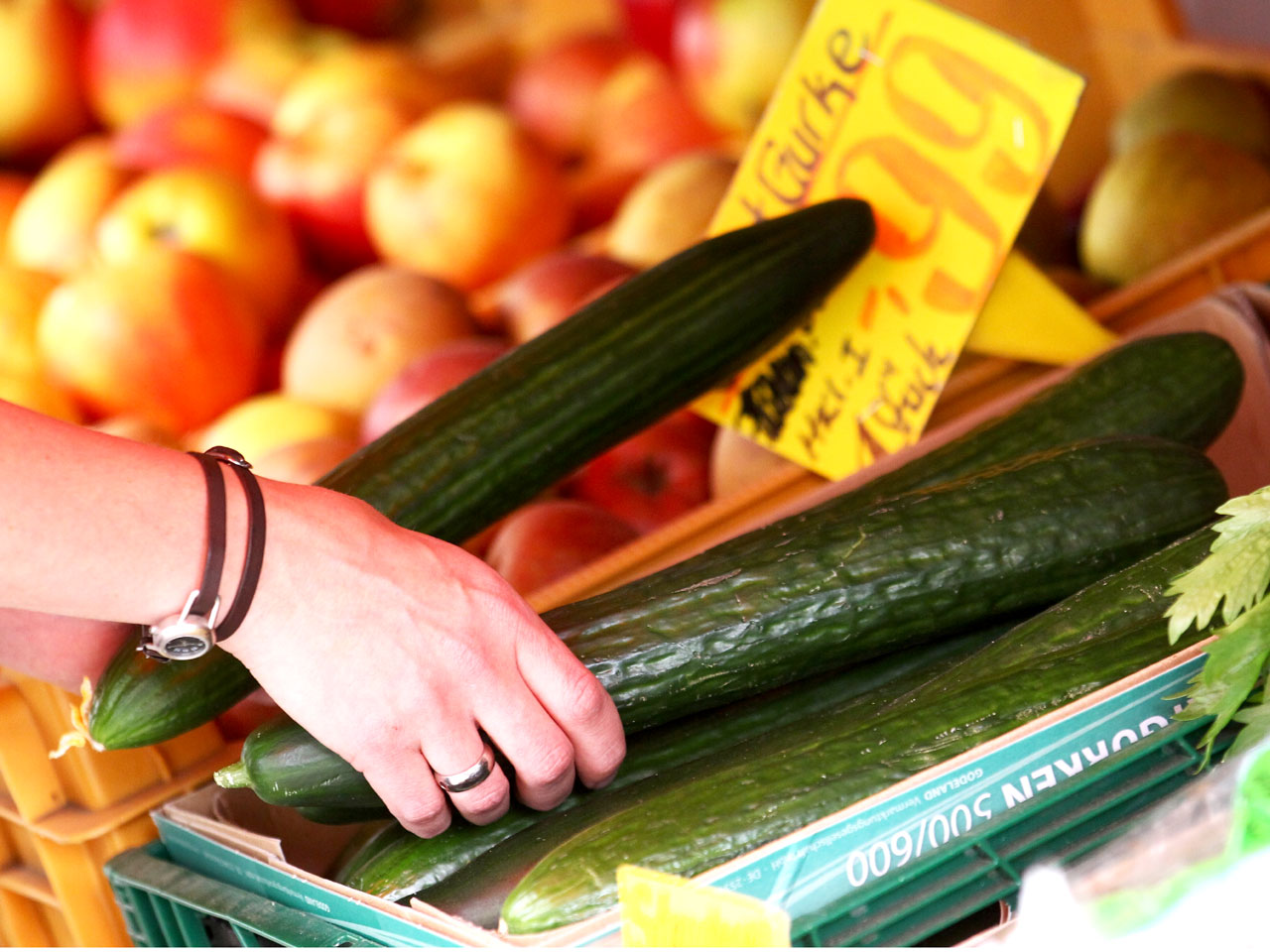 BERLIN — Government officials say two more people have died of a bacterial outbreak allegedly caused by contaminated Spanish cucumbers — bringing the number of deaths to 10, according to the BBC.

German news agency DAPD reported that two more women died Saturday and almost 300 are sick with hemolytic uremic syndrome, or HUS, in recent days. HUS is a rare complication arising from an infection most commonly associated with E. coli, a bacterium found in undercooked beef or contaminated food.

There have been multiple media reports of smaller, non-lethal outbreaks in several other European countries, but many of those reported E. coli cases have been linked with travel to Germany.

Experts called the outbreak one of the biggest of its kind worldwide and the largest ever in Germany, and added they were worried about the disease's outbreak in adults, Reuters reports.

Photos: Ten foods most likely to make you sick

"While HUS cases are usually observed in children under five years of age, in this outbreak 87 percent are adults, with a clear predominance of women (68 percent)," a recent scientific report states.

German officials have said they found three cucumbers from Spain with the bacterium and they are currently probing whether the cucumbers were contaminated with E. coli when they were shipped from southern Spain, or if they went bad during shipment or while being handled in Germany.

Meanwhile, Spain said Friday there is no evidence its farms are to blame for the E. Coli outbreak.

The Spanish agriculture minister said she had spoken to her German counterpart and an investigation is under way. Officials are probing whether the cucumbers were contaminated with E. coli when they were shipped from southern Spain, or if they went bad during shipment or while being handled in Germany, Rosa Aguilar said.

There are different strains of E. coli and the one detected in Germany is extremely rare in Spain, she said. She added, "as of right now, we have to say that there is no evidence that leads one to believe the contamination occurred in the country of origin."

She said the cucumbers have been traced to a specific shipment that has now been destroyed.

Nordic authorities say the infection may have spread to Sweden and Denmark.

Officials in the Czech Republic said the cucumbers may have been exported there, as well as to Austria, Hungary, and Luxembourg, according to the BBC.

Spain's health ministry said an EU alert about the health scare in Germany also mentions an unnamed company in the Netherlands. The Dutch Agricultural Industry Association denied the cucumbers had any connection to Dutch growers.

Germany agrees with Spain that the exact cause of the contamination and infection "must be cleared up as soon as possible" and their officials will work closely together to do so, ministry spokesman Holger Eichele said in Berlin.

"We can only speculate at this point about the cause and place of the contamination," he said. "According to experts, it is still completely unclear in what place and in what way the pathogens got onto the produce — be it in Spain, in transport, or in Germany."