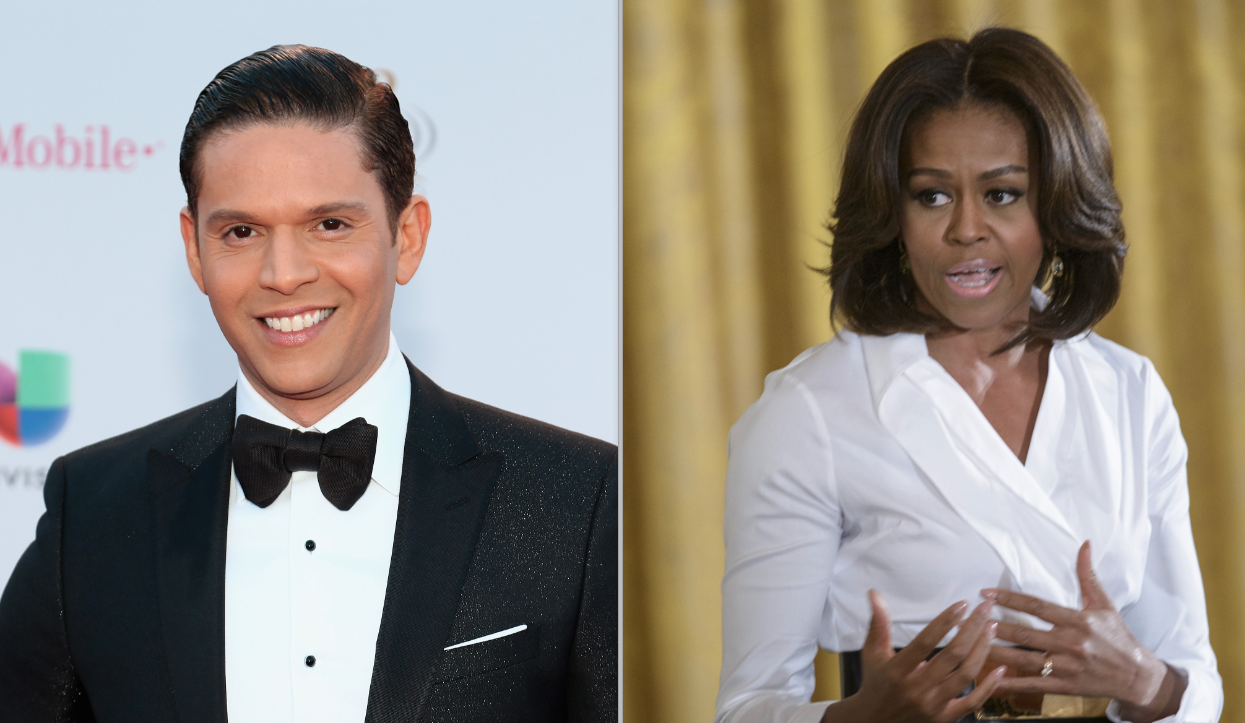 The Univision host who was fired after making a racially insensitive remark about Michelle Obama alleged in an open letter Thursday that he was fired after the first lady's office complained to his managers.

"I was notified verbally that due to a complaint from your office I was fired," wrote Rodner Figueroa in the letter, which was directed to Mrs. Obama.

The network, though, says it received no such complaint.

Another person at Univision with knowledge of the situation backed up that account. "Univision called the White House on Thursday morning to alert them of what happened," the person said. "They did not call us, we called them."

Figueroa, the host of "El Gordo y la Flaca," said during Wednesday's broadcast, "Michelle Obama looks like she's from the cast of 'Planet of the Apes.'" The comment came during a segment analyzing the work of a make-up artist who made himself look like Michelle Obama, among other female celebrities.

In his letter to the first lady, Figueroa repeatedly apologized, saying he is embarrassed and there is "no excuse" for his offensive remark. But he insisted he's not a racist.

"I take responsibility for this lack of judgment," he wrote," but I can't accept that I am being called a racist, and being fired for that reason, and being humiliated by Univision after working there for 17 years."

Figueroa said he comes from a bi-racial family, noting that his father was Afro-Latino. He also cited his own experience as a minority in America.

"I am the first presenter on Hispanic TV that his openly gay, and I am an activist for causes that favor minorities who have been discriminated against just like me," he wrote.

"I openly voted twice for your husband Barack Obama," he added, "because I consider him a great man that respects minorities like me in this country."