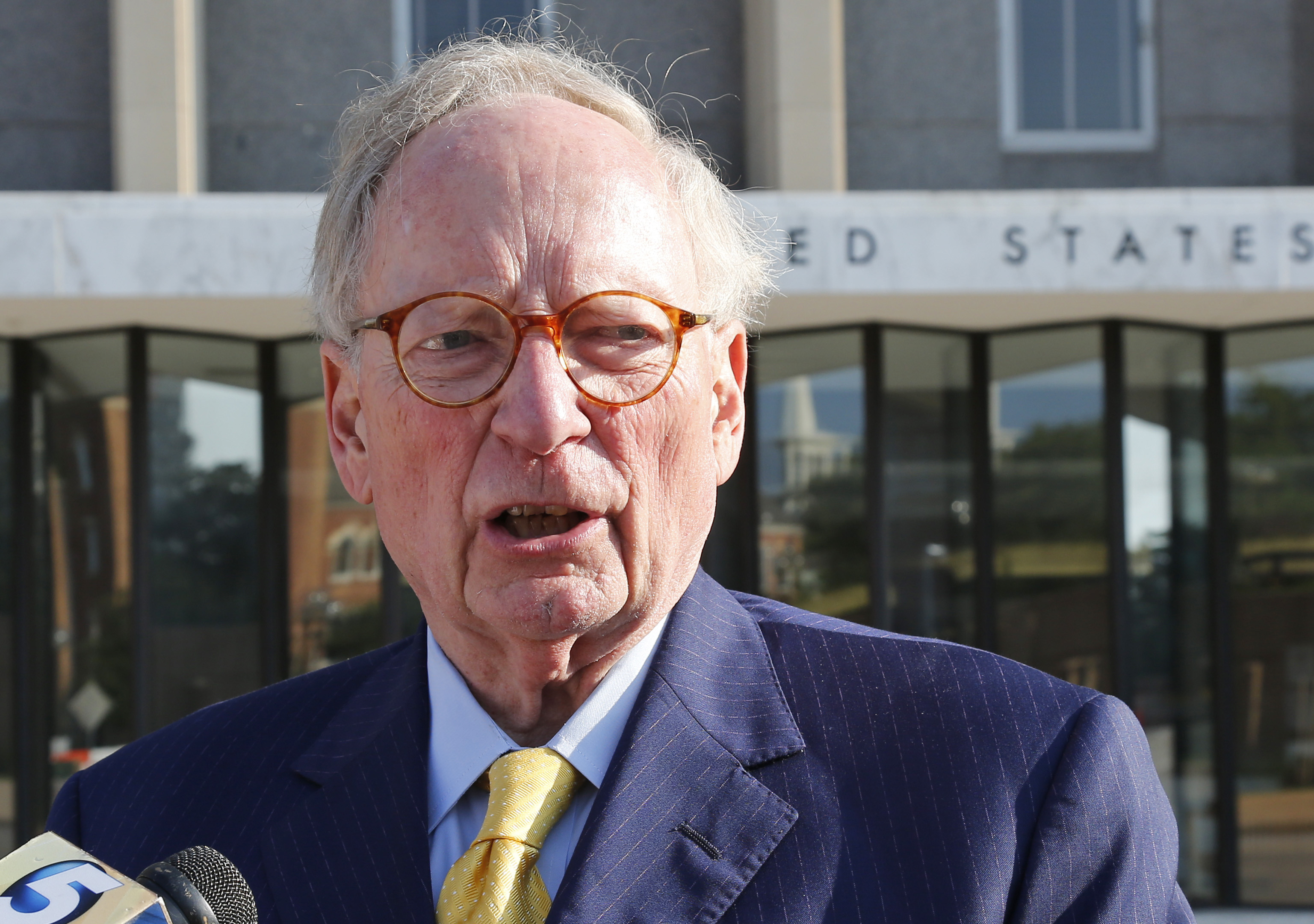 OKLAHOMA CITY - The actions of some fraternity members at the University of Oklahoma caught engaging in a racist chant are inexcusable, but student members still have rights that must be protected, an attorney hired to represent the local chapter said Friday.

Stephen Jones, who gained national prominence as the attorney for convicted Oklahoma City bomber Timothy McVeigh, said members of the Sigma Alpha Epsilon fraternity and their parents also are concerned about the students' safety after some received death threats and were physically and verbally assaulted.

Jones said he has not been retained to initiate any litigation, but to ensure that the due process rights of members are protected from actions by the university and national chapter. He said there are some legal questions about the fraternity house that OU President David Boren ordered closed after the release of the video, which showed some members engaging in a racist chant that referenced lynching and said African-Americans would never be allowed to become members.

He said the bus on which the students were caught making the chant was one of five charter buses that were taking members to a Founder's Day party at a country club in Oklahoma City on Saturday.

"We're talking about one incident with nine seconds of video, on one of five buses," Jones said.

Jones ran unsuccessfully as a Republican for U.S. Senate in 1990 against Boren, who stepped down from his U.S. Senate seat in 1994 to become president of OU.

A spokesman for the fraternity's national headquarters said Friday that officials with the Oklahoma chapter have stopped communicating with them.

"We have not heard from the Oklahoma chapter," spokesman Brandon Weghorst said. "They have not engaged us since the time the chapter was closed."

Weghorst said the national fraternity is moving forward with plans to expel all of the suspended members of the OU chapter, a move that will permanently revoke their membership.

The national SAE fraternity has said some allegations of racism, which it acknowledges, refer to incidents from more than 20 years ago. But the fraternity maintains that none of its official chants are racist and that members of the Oklahoma chapter likely learned the one that was recorded from fellow chapter members.

In Boulder, Colorado, the SAE chapter hung a banner this week outside their fraternity house that reads: "Not on our campus. Not in our chapter. Colorado Chi brothers stand against racism or hate of any kind."

The University of Washington in Seattle is investigating allegations that members of the SAE chapter there made racial slurs and obscene gestures to black students during a demonstration last month. The UW fraternity chapter's president, Michael Hickey, told the Seattle Times he believes the slurs came from nonmembers.

The University of Oklahoma, located in the southern Oklahoma City suburb of Norman, has about 27,000 students, about 5 percent of whom are black.