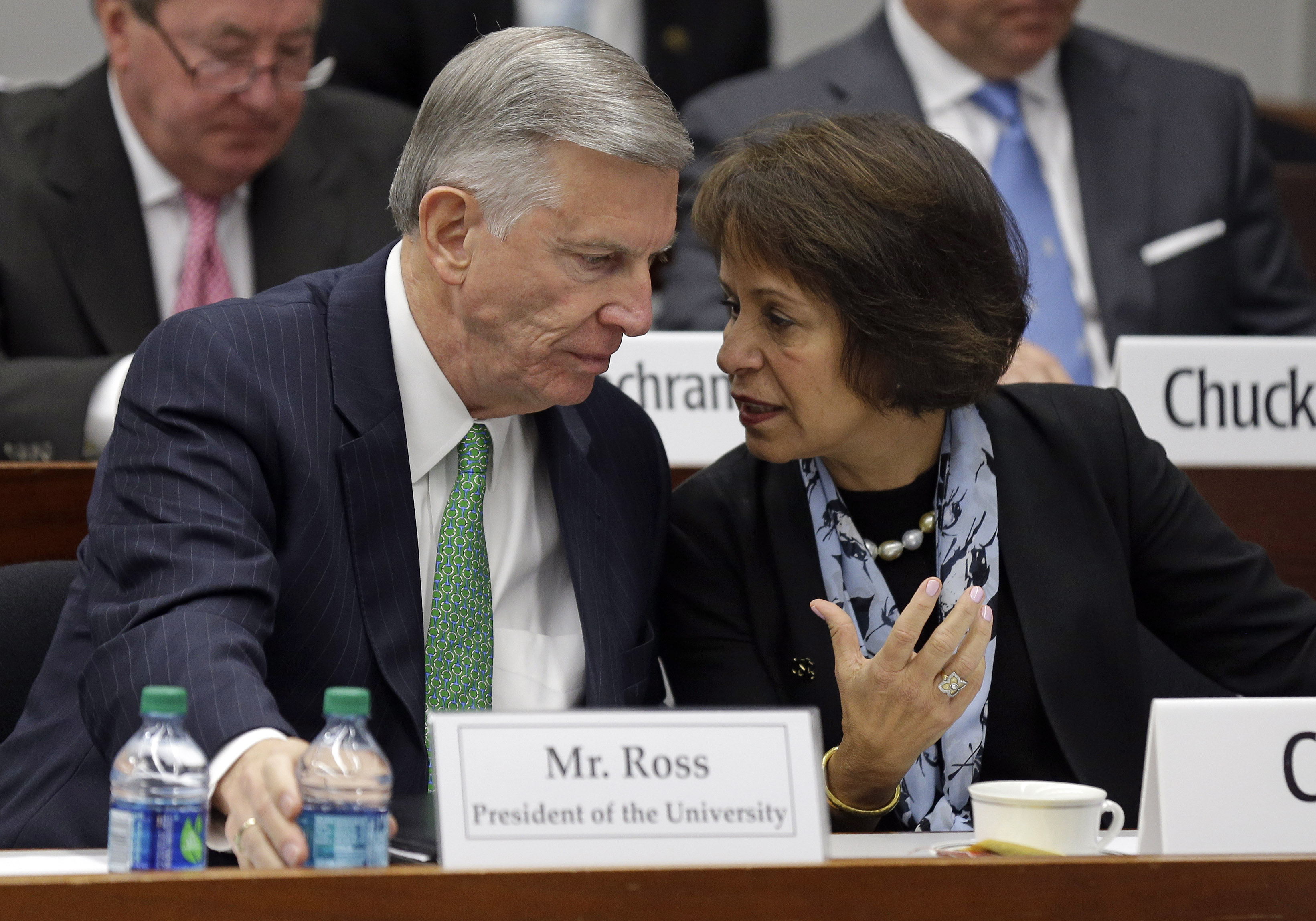 CHAPEL HILL, N.C. -- More than 3,100 students - nearly half of them athletes - enrolled in classes they didn't have to show up for and received artificially inflated grades in what an investigator called a "shadow curriculum" that lasted nearly two decades at the University of North Carolina.

Many at the university hoped Wainstein's investigation would bring some closure to the long-running scandal, which is rooted in an NCAA investigation focused on improper benefits within the football program in 2010. Instead, findings of a systemic problem in the former African and Afro-American Studies department could lead to NCAA sanctions. At least nine university employees were fired or have had disciplinary procedures started against them in light of the report, chancellor Carol Folt said. She wouldn't identify them.

"I think it's very clear that this is an academic, an athletic and a university problem," Folt said.

The report outlined courses in the former African and Afro-American Studies department that required only a research paper that was often scanned quickly and given an A or B regardless of the quality of work.

The NCAA hit the football program in 2012 with scholarship reductions and a postseason ban, though the academic violations focused mainly on a tutor providing improper help to players on papers. The NCAA said it reopened its investigation in June because new information was available.

Wainstein's staff has briefed NCAA investigators at least three times, and plans another meeting on the final report.

The report outlined how the fraud ran unchecked for so long, as well as how faculty and administration officials missed or looked past red flags, such as unusually high numbers of independent study course enrollments.

It said athletics staffers steered athletes to classes that also became popular with fraternities and other everyday students looking for an easy grade.

"By the mid-2000s, these classes had become a primary - if not the primary - way that struggling athletes kept themselves from having eligibility problems," the report said.

The school hired Wainstein in February. Unlike previous inquiries by former Gov. Jim Martin and the school, Wainstein had the cooperation of former department chairman Julius Nyang'oro and retired office administrator Deborah Crowder - the two people at the center of the scandal.

Nyang'oro was indicted in December on a felony fraud charge, though it was dropped after he agreed to cooperate with Wainstein's probe. Crowder was never charged.

It was Crowder who started the paper classes as a way to help struggling students with "watered-down requirements" not long after Nyang'oro became chairman of the curriculum in 1992, according to the report. Though not a faculty member, she managed the courses by registering students, assigning them topics and then handing out high grades regardless of the work.

By 1999, in an apparent effort to work around the number of independent studies students could take, Crowder began offering lecture classes that didn't meet and were instead paper classes.

After her retirement in 2009, Nyang'oro graded papers "with an eye to boosting" a student's grade-point average, even asking Crowder's successor to look up GPAs before he'd issue a grade for a course, according to the report.

Nyang'oro stepped down in 2011 as chairman after accusations of undetected plagiarism surfaced against a former football player.

In all, athletes made up about 47 percent of the enrollments in the 188 lecture-classified paper classes. Of that group, 51 percent were football players.

Wainstein's staff reviewed records dating to the 1980s and interviewed 126 people, including men's basketball coach Roy Williams, who said he trusted the school "to put on legitimate classes," according to the report.

Former basketball player Rashad McCants, who told ESPN in June that tutors wrote research papers for him and that Williams was aware of no-show classes, didn't respond to numerous requests for interviews, according to the report.

As CBSSports.com noted, former tutor Mary Willingham has gone on record against former academic practices with UNC athletes. Emails suggesting benefits of tickets and invites to watch football games from the sidelines have also stained the academic reputation of the school in recent years.