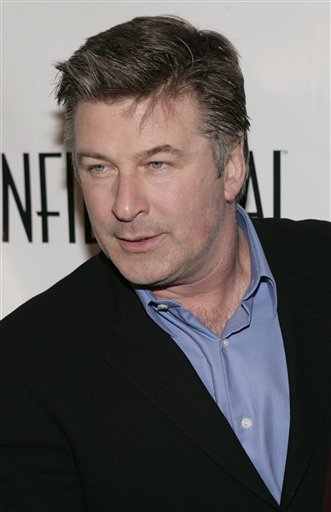 A national unity, if not unified, government is taking shape in Israel today. Incoming Prime Minister Ariel Sharon and outgoing Prime Minister Ehud Barak agreed in principle to join forces in an apparent attempt by Sharon to counterbalance his hawkish policies toward the Palestinians.

Barak is expected to become defense minister in a reversal of his hasty decision to quit politics after Sharon beat him in the February 6 election. Nobel peace laureate Shimon Peres was tipped for foreign minister.

Violence continued unabated in the Gaza Strip and along the Israel-Lebanon border after Sharon and Barak announced their decision following talks on Thursday evening.

Israeli soldiers and gunmen exchanged fire Friday in the Gaza Strip between the Jewish settlement bloc of Gush Katif and the Palestinian town of Khan Younis, Israel Radio said. There was no immediate word of any casualties.

To the north there was also fighting. Hizbollah guerrilas say they attacked an Israeli army patrol in the disputed Shebaa Farms area and the Israel Army shelled areas in Lebanon, some for the first time since it ended its 22-year-old occupation of South Lebanon last May. There were no immediate reports of casualties in those incidents as well.

The unity option appeared certain to muster popular support in Israel. But Ahmed Abdel-Rahman, an aide to Palestinian leader Yasser Arafat, said, "Forming a government in which its magnates are the two ex-generals Barak and Sharon would freeze the peace process and would escalate violence in the whole area,"

"We do not expect good things to happen from such a government," he added.

He also said he feared the nearly five months of violence would worsen under a coalition led by Sharon, whom Arabs consider a war criminal for his role in the invasion of Lebanon in 1982 which led to a massacre of Palestinian refugees by Israeli-allied Lebanese militiamen.

Each side blames the other for the bloodshed, which began after peace talks became deadlocked. More than 400 people have been killed since the Palestinians started an uprising in late September against Israeli occupation of the West Bank and Gaza Strip. More than 300 were Palestinians, 61 were Israelis and 13 were Israeli Arabs.

Barak and Sharon have opted for a coalition because of the need for unity to tackle the uprising and because Sharon would otherwise struggle to form a majority government with any chance of long-term survival.

Sharon hopes bringing in Labor, especially Peres, will make it easier to negotiate with the Palestinians. Peres shared the Nobel Peace prize with Arafat and the late Prime Minister Yitzhak Rabin in 1994 after he helped seal the Oslo interim peace accord as Israel's foreign minister.

But Barak's decision to unite with his old sparring partner risks splitting the Labor party, which is expected to meet early next week to decide whether to endorse his move.
Barak, who will remain caretaker prime minister until Sharon takes over, quickly came under fire for his apparent decision to stay defense minister, seen as the latest of many "zigzags."

"Not just a zigzag but a back flip with a double twist," Ha'aretz newspaper said of his decision.

It remains unclear how the two parties will form policy in areas such as peacemaking, where there are big differences. Sharon favours an interim peace accord and Barak seems to have abandoned efforts to strive only for a final
agreement.

Israeli media said Barak had taken up Sharon's offer to serve as defence minister in the new government, but official confirmation of the report was not immediately available. Barak held the post during his 19 months as prime minister.

U.S. President George Bush appealed this week to Israel and the Palestinians to end the violence after an Israeli helicopter strike killed an officer in Arafat's elite security unit and a Palestinian drove a bus into a crowd of Israelis, killing eight.

In the latest violence, Israel Radio said a bus had been sent to evacuate workers from an industrial zone in Gush Katif after Palestinian snipers opened fired and gun battles erupted.

©MMI Viacom Internet Services Inc. All Rights Reserved. This material may not be published, broadcast, rewritten, or redistributed. The Associated Press and Reuters Limited and contributed to this report