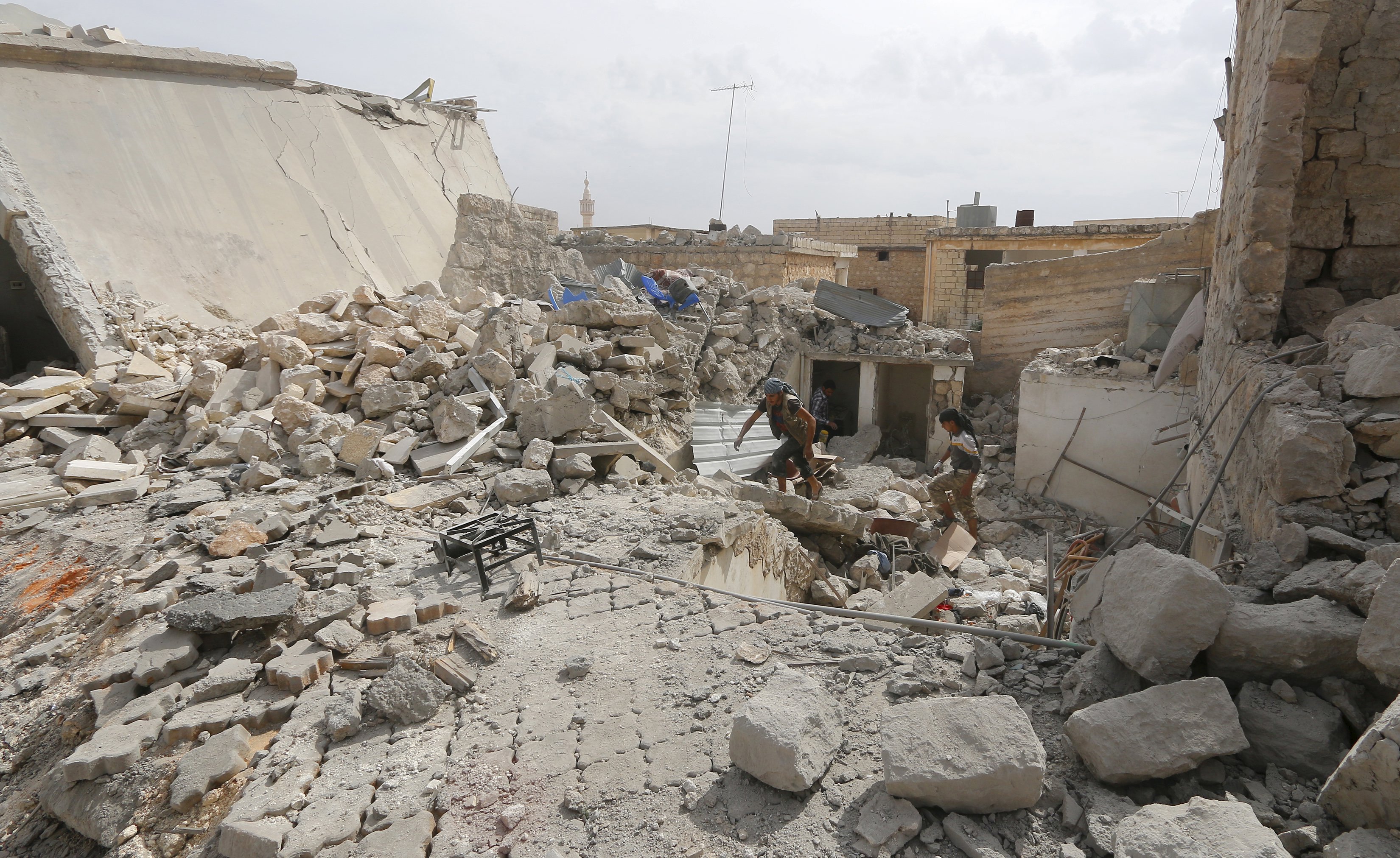 WASHINGTON -- The Russian military intervention to prop up Syria's government has brought new scrutiny of the CIA's secret support to Syrian rebels fighting President Bashar Assad. But how far is the U.S. willing to go to empower its proxies to take on Vladimir Putin's allies?

The answer seems to be: Not very far.

"Countering Russia's involvement in Syria doesn't rate nearly as high on the scale" as battling the Islamic State of Iraq and Syria (ISIS), which has declared a caliphate across parts of Syria and Iraq, White House spokesman Josh Earnest told reporters Tuesday.

After the CIA spent more than two years secretly working with Arab allies to arm, train and fund thousands of so-called moderate rebels to oppose Assad, American officials have watched in recent days as Russian bombs and missiles have targeted those groups.

U.S. officials and outside experts say the Obama administration is unlikely to protect CIA-backed rebels from Russian air strikes -- by providing them with surface-to-air missiles, for example -- for fear they could fall into the wrong hands and be used against passenger jets in a terrorist attack. There is also little appetite in the White House for a U.S.-enforced no-fly zone in Syria, officials say.

Instead, the U.S. has been continuing its delivery to rebels of American-made TOW anti-tank missiles. Rebels have deployed the missiles to great effect over the last six months, and even more so in the last week, destroying dozens of Russian-made Syrian armored vehicles.

The CIA requires the vetted rebel groups it supports to take a video of every use of a TOW missile and to send the empty canisters back to American operatives in Turkey, according to Charles Lister, a Syrian expert at the Brookings Doha Center, a U.S. think tank branch in Qatar. A U.S. official confirmed the arrangement, speaking on condition of anonymity because he was not authorized to discuss the matter publicly.

The TOWs have "some potential if they can put enough in and the rebels are clever," said Jeffrey White, a former Defense Intelligence Agency analyst now at the Washington Institute for Near East Policy.

"They can cause the regime forces to either fail or have a difficult time making advances. That's at least indirect pressure on the Russians to either stop or do more."

But TOW missiles aren't designed to shoot down Russian jets and helicopters. And if Russian air power continues to blast away at CIA-trained rebels, a chilling message will be sent, White said.

"We've aligned ourselves to these guys, we trained them and paid them and sent them off to battle, and when the going gets tough, we're not there."

A man who identifies himself as Col. Hassan Mustafa, a commander in Division 30 -- the home of Syria's American-trained rebel fighters. He told CBS News' Holly Williams last month he's too frightened of assassination by Islamic extremists to show his face.

When asked why so few Syrians have been trained by the Americans so far, Mustafa responded in Arabic, saying, "We gave the Americans the names of more than 1,200 fighters ... and they only accepted just over a hundred of them for training."

But the strict vetting complaint is not his only complaint with America. When the first group of 54 U.S.-trained fighters entered Syria in July, they were attacked by Islamic militants -- capturing several of them.

Colonel Mustafa told CBS News America left his men vulnerable by giving them too few weapons and too little ammunition. Mustafa told us that the commander of the second group of 70 U.S.-trained fighters gave half of his American weapons to al-Nusra -- al Qaeda's Syrian affiliate.

"He should face a military court," Colonel Mustafa told CBS News. "Those weapons belonged to the Syrian people."

President Barack Obama has not spoken about the CIA program publicly, but he has said that Russia risks slipping into a quagmire in Syria and is operating from a position of weakness.

Obama also faces a vexing dilemma. On the one hand, the chief American goal in Syria is to destroy the Islamic State of Iraq and Syria, an extremist army with billions of dollars at its disposal. Yet American officials also believe that getting Assad out of Syria is a key precursor to defeating the ISIS movement, which is driven in part by Sunni disaffection with the Alawite governing class. And the Russians are working to keep Assad in power.

The CIA effort, which has trained and funded as many as 10,000 Syrian rebels over the last two years, is separate from the failed Defense Department training program that the Pentagon ended last week. The Pentagon program required fighters to promise to take on only the Islamic State, not the Syrian government, and managed to put into action fewer than 80 men.

More than 550 TOW missiles have been provided to the rebels, Lister said, citing rebel sources who track the shipments. But only four are known to have gotten into the hands of al Qaida fighters, he added.