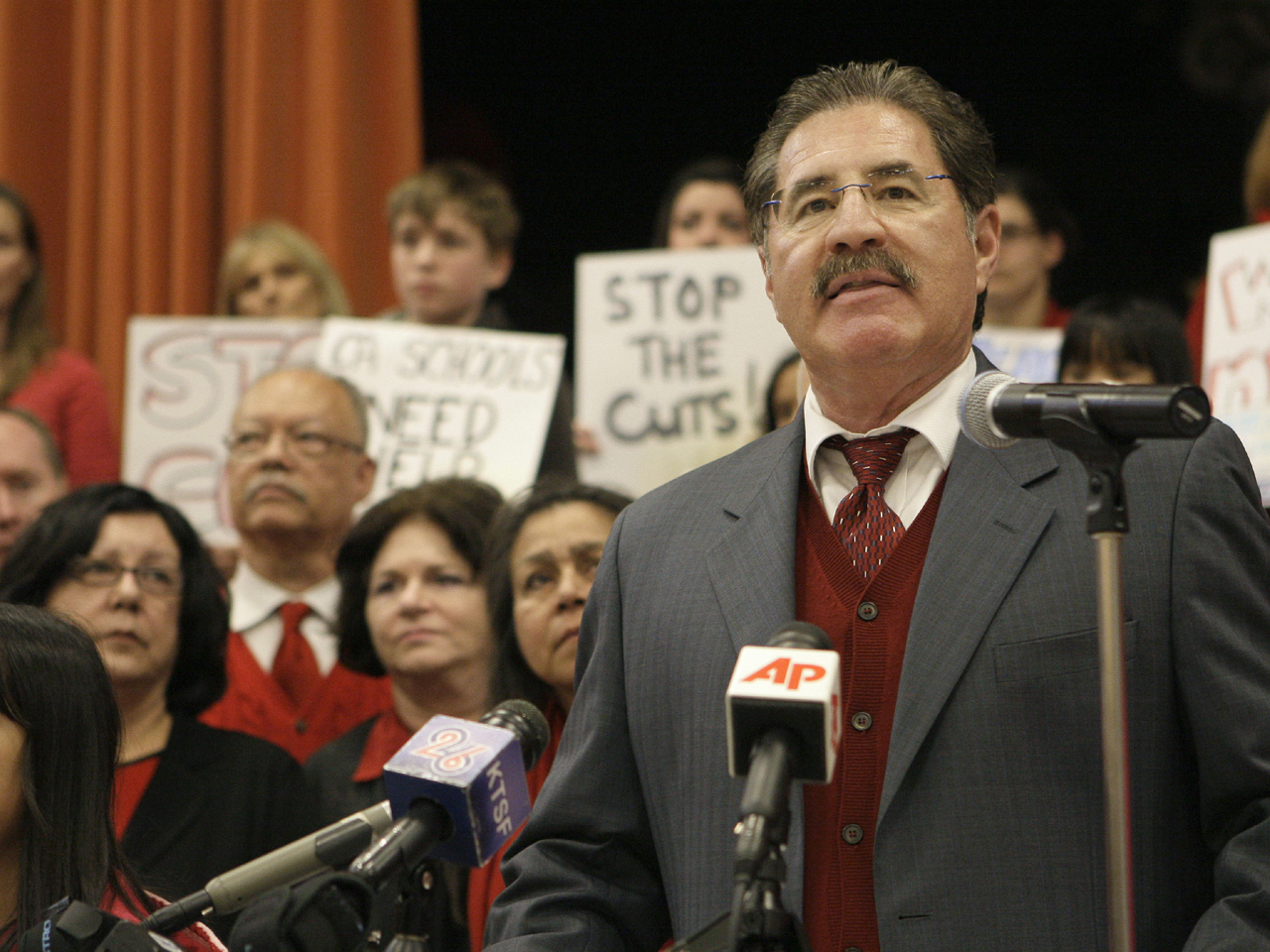 SAN BRUNO, Calif. - California school districts have issued at least 19,000 layoff notices to teachers and other school employees amid heightened uncertainty over the state budget, the teachers union said Tuesday.

The California Teachers Association announced its estimate of preliminary notices on the day school districts must let employees know they could lose their jobs. It comes as Gov. Jerry Brown and state lawmakers negotiate over how to close the state's nearly $27 billion budget shortfall.

Many districts have not reported how many pink slips they have issued as they prepare for worst-case budget scenarios, said CTA President David Sanchez. He expects the number to surpass 20,000 when the union has a more complete count by week's end.

"The numbers speak loudly about this crisis," Sanchez said at a news conference at Portola Elementary School in San Bruno. "Pink slips are causing chaos for teachers and parents who worry about their children's education and future."

Vivian Arciniega-Aanenson, a music teacher at Parkside Intermediate School in San Bruno, was among the pink-slipped educators.

"It is very demoralizing," she said. "It's one of the worst feelings in the world not knowing what's going to happen next year."

The situation is not unique to California. School districts throughout the country are warning of cutbacks involving teacher and other employees, as state legislatures seek to close massive budget shortfalls by cutting education spending.

Not all of the estimated layoffs will be carried out in California. Schools have until May 15 to issue final layoff notices.

At this point last year, the CTA reported that districts had issued about 22,000 pink slips. Two years ago, districts handed out layoff notices to a record 26,500 teachers, but only 60 percent of them ended up losing their jobs.

Meanwhile, teachers and parents rallied around the state Tuesday to drum up support for Gov. Jerry Brown's budget proposal.

The leaders of both legislative houses on Tuesday scheduled votes on Brown's budget proposal on Wednesday afternoon, even though no Republicans have come forward to promise the votes necessary for approval.

Without the tax extensions, school districts would face another round of deep budget cuts that education officials warn would prompt widespread layoffs and campus closures.

"It is only fair to allow the people of California to have this great debate," Torlakson said at the news conference in San Bruno.

In Union City, between San Jose and Oakland, kindergarten teacher Quyen Tran was one of about 60 school employees in her small school district to get a layoff notice. She started teaching in New Haven Unified School District in 2006.

Quyen, 30, said she was laid off last spring but hired in August right before the school year began. She is expecting her first child in June.

She said she's not only worried about her own finances but also the impact of state budget cuts on her students.

"With all these layoffs of teachers, they will have no choice but to stuff more kids into these classrooms," she said. "They're going to be cheated out of their education just because there are not going to be enough teachers around."