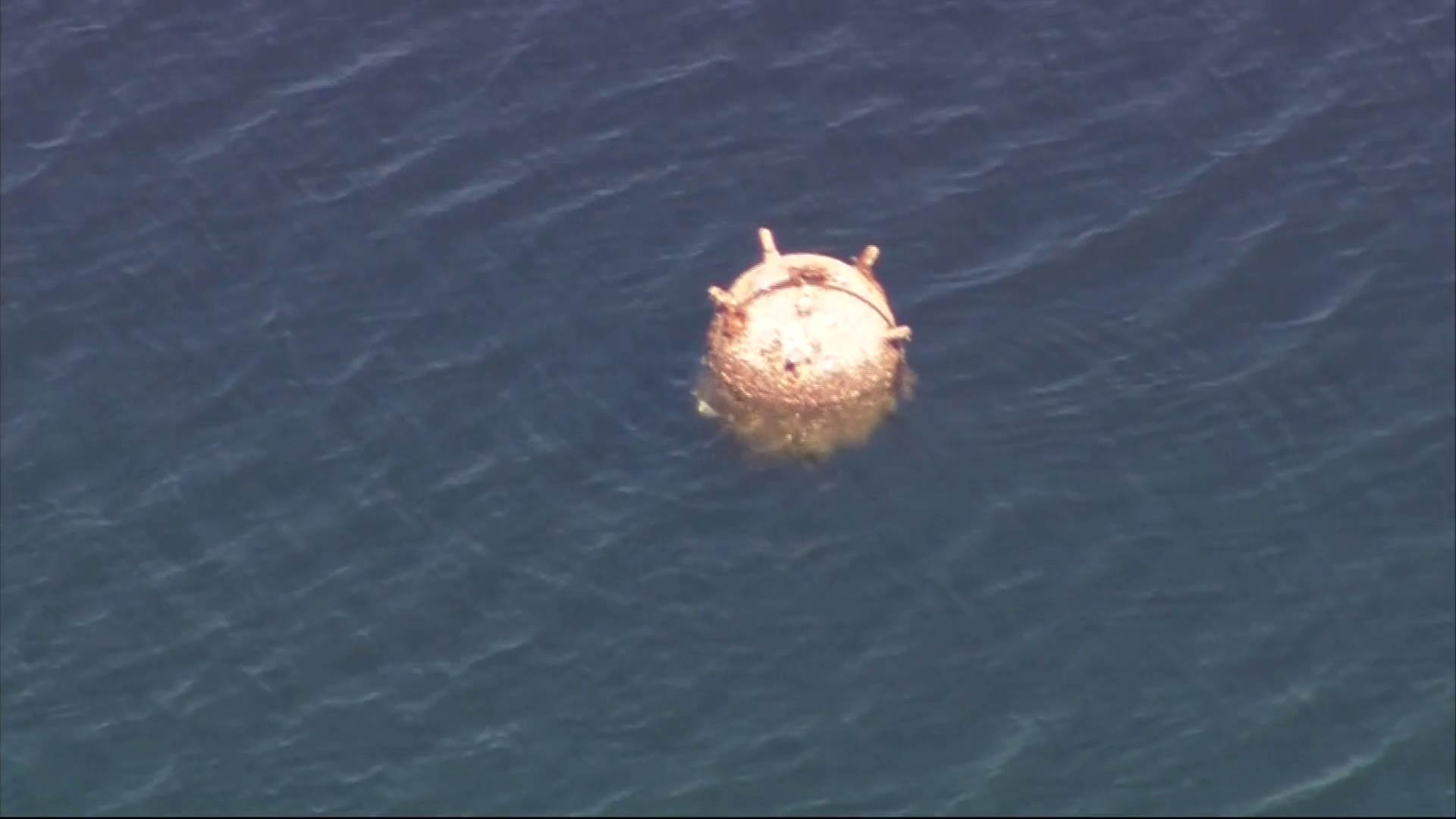 An unexploded ordnance was seen floating in the Puget Sound in Washington state Tuesday, according to the U.S. Coast Guard. With assistant from the U.S. Navy, they carried out a controlled explosion of the object in the evening hours.

The Coast Guard said a 1,500-yard safety zone was put into effect as the ordnance drifted south between Brownsville Marina and Bainbridge Island. They also implemented a 5,000-foot flight restriction zone. The sighting was first reported around 2 p.m. local time.

The Associated Press says that the Navy inspected the moored mine and it showed decades of marine growth. Around 5 p.m., Navy divers secured a long line to the device and began towing it with a small boat. By 8:15 p.m., officials said it detonated without incident.

A reporter from CBS affiliate KIRO-TV posted a video showing the detonation:

The Kitsap County Sheriff's Office took to Facebook to thank the Navy, its federal and military partners and law enforcement and fire service community who responded to ensure citizen safety.

Editor's Note: An earlier version of this story had a misspelling in the headline, photo caption and article text that has since been updated.