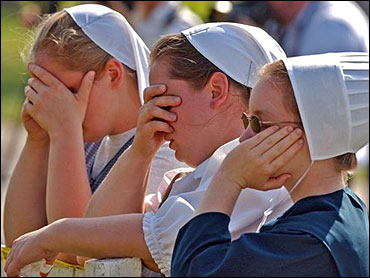 The authors of a book about the mass shooting at an Amish school in Pennsylvania are distancing themselves from a movie adaptation airing on the Lifetime Movie Network.

The authors of "Amish Grace: How Forgiveness Transcended Tragedy," say they declined to work with the producers of a similarly named movie out of respect for the community affected by the shooting in Nickel Mines.

Five girls died and five others were badly wounded when Charles Carl Roberts IV barricaded himself inside the West Nickel Mines Amish School and opened fire in October 2006.

Elizabethtown College professor Donald B. Kraybill and two co-authors say their publisher, Jossey-Bass, sold the film rights to the book. They say they'll donate their proceeds to charity.