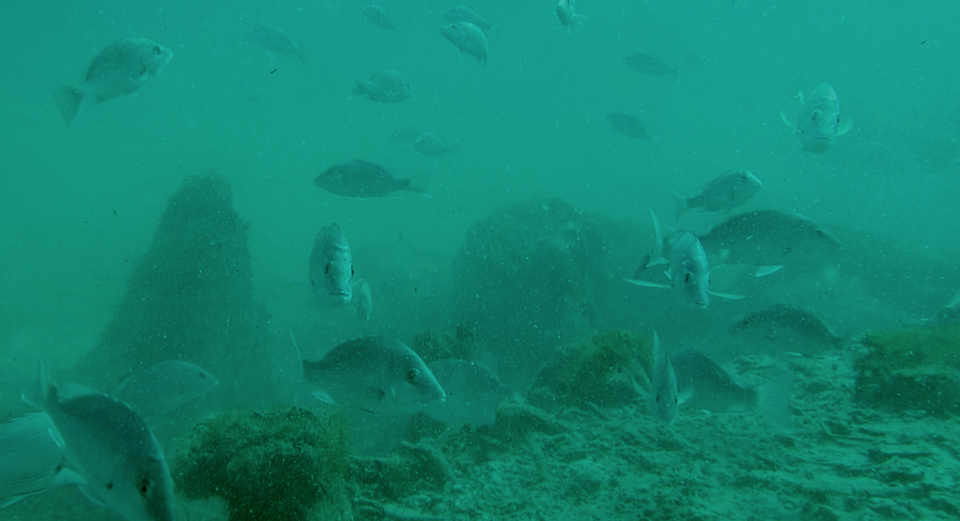 An ancient underwater forest found south of Alabama's Gulf Shores in the Gulf of Mexico could provide a time capsule to a pre-human era on Earth.

The cypress forest dates back to an Ice Age more than 60,000 years ago when sea levels were 400 feet lower than today, according to the new documentary "The Underwater Forest," made by environmental reporter and filmmaker Ben Raines. Raines first went in search of the site after he was tipped off by a savvy local source, he explained in a Reddit "Ask Me Anything" forum.

"I first learned of the Underwater Forest from a dive shop owner in Alabama," Raines said. "He discovered the forest about a year after Hurricane Ivan, when a fisherman came into the dive shop and said, 'I've found this spot that's just loaded with fish but there's barely anything in terms of structure that shows up on my depth finder. Why don't you go out there and take a look?'"

It took years, but Raines finally convinced the shop owner to show him the exact site, he said. He wrote a story about the discovery, and immediately received a call from paleoclimatologist Kristine DeLong of Louisiana State University asking if she could carbon date some samples from the site.

With that, Raines and DeLong formed a partnership to extract as much knowledge from the site as possible while also preserving its natural wonders — the story of which is told in the film.

The first scientific expedition to the site happened in 2012, and DeLong continues leading a team of scientists studying its secrets. Unique conditions have sealed the forest in a sort of "underwater time capsule," the team said.

It's believed to be the world's only preserved coastal Ice Age forest, long hidden beneath the sea.

Cypress trees should decompose on a 10,000 year time scale — suggesting that, at this particular site, the cypress has survived much longer thanks to low-oxygen sediments that bar bacteria from decomposing the wood, DeLong explained on Reddit.

In analyzing the site, DeLong's team of dendrochronologists (specialists in tree-ring dating), geologists and paleontologists is collecting rare information on Ice Age-era climate, rainfall, insects and plants, building new insights into what Earth looked like before humans inhabited it.

Further research into the forest could shed light on a phenomena currently gripping humans on Earth: rapid sea level rise due to climate change. Sea level rise was particularly intense across the planet back when the forest was thriving, Raines said.

In the U.S., chronic flooding linked to sea level rise is expected to destabilize hundreds of communities by the end of this century, according to recent analysis from the Union of Concerned Scientists. More than 90 coastal communities in the U.S. already cope with chronic inundation.

In sharing their story, the team remains cagey on one crucial detail: the precise location coordinates of the site.

To protect the forest remnants, the team generally follows scuba diving procedures used in the world's precious but fragile coral reefs, avoids disturbing the floor of the site, and uses only noninvasive scientific instruments that move above the seafloor to map the area, DeLong and Raines explained on Reddit.

The team is working with federal agencies like the Bureau of Ocean Energy Management and the National Oceanic and Atmospheric Administration to preserve the site.