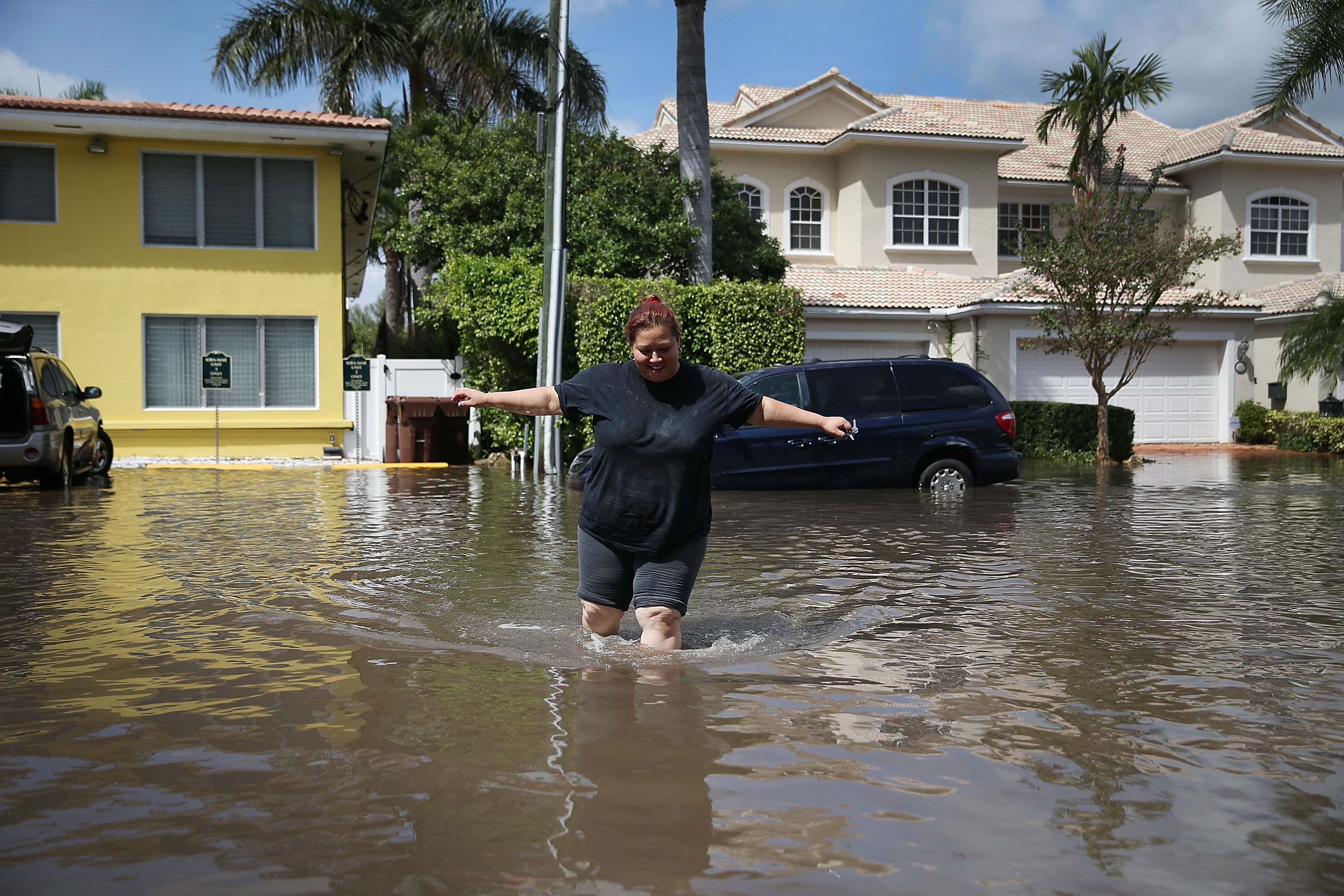 It may not be a household term, but "chronic inundation" will become daily reality this century for hundreds of U.S. coastal communities in the crosshairs of sea level rise, according to a new analysis from the Union of Concerned Scientists (UCS).

Chronic inundation is term used to describe when a community faces flooding at least 26 times a year — the equivalent of every other week — on more than 10 percent of its usable land, the science advocacy group explained. Chronic inundation does not stem from storm events: it's simply the result of high tides rising higher and reaching farther inland as carbon emissions rise and ice sheets melt. This level of flooding will require expensive infrastructure investments, and in some cases mass relocations of residents to safer areas further inland.

"There comes a threshold of chronic flooding that makes normal routines impossible and forces communities to make difficult, often costly choices," the UCS said in a statement. "If saltwater regularly soaked your basement or first floor, kept you from getting to work, or damaged your car, how often would it have to happen before you began looking for a new place to call home?"

More than 90 U.S. communities already cope with chronic inundation. That number will jump to 490 by 2100, and include 40 percent of all oceanfront communities on the East and Gulf Coasts, according to the UCS projections.

The organization released a new interactive map on its website this week designed to illustrate the threat of rising sea levels in the decades ahead in a highly specific way. Users can zoom in on any location to see current conditions and the flooding projections for the years 2035, 2060, 2080 and 2100. Blue areas along the coasts represent local areas facing chronic inundation.

The hundreds of communities facing conditions of chronic inundation by 2100 include Charleston, South Carolina, where historic buildings and neighborhoods already routinely flood; Cape May, New Jersey, which is currently facing damaging habitat loss; and the Meadowlands in New Jersey, which plays a key role in protecting the rest of the state from sea level rise, according to the UCS.

A closer look at the map of Charleston, for example, shows some coastal areas already affected by chronic inundation (below, left), but much wider areas of the community likely to be facing such conditions by the end of the century (below, right):

The report also warns that chronic flooding will particularly cripple communities that are already socioeconomically vulnerable, those with less money and fewer resources to navigate environmental change and the impact it will have on infrastructure, personal property and people's health. (These also tend to be areas where residents have lower rates of health insurance coverage).

The UCS particularly drew attention to southern Louisiana, which will face some of the world's fastest rates of sea level rise. In the map below, pink areas indicate socioeconomically vulnerable communities that face the added burden of chronic inundation:

Climate change is expected to add fuel to the fire of America's existing economic inequality.

According to research published last month in the journal Science, global warming will disproportionately affect poor areas: by the late 21st century, the poorest third of U.S. counties are projected to lose between 2 and 20 percent of their income due to climate change-related disruptions.