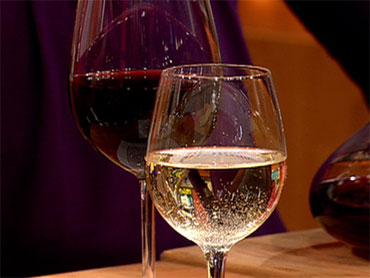 While 2009 was filled with medical news, there are a few medical findings that slipped under the radar.

Dr. Pamela Peeke medical expert at More magazine and author of the book "Body for Life for Women" discussed some of the best health news you didn't hear this year.

Each year, Peeke said, hundreds of studies are done both in the United States and in other countries.

The main reason why we don't hear about these findings, she said, is because thousands of studies are published a month.

"Lots of facts escape us because we have so many studies with results coming in," she said. "All across the globe we use the same research methodology and we have a fairly standardized way of looking at things, so the onus of the burden does not fall on the United States. Keep in mind that the U.S. is no longer the research center of the world."

"There is a tsunami of incredible studies that are done every day, and only a few of them get the attention they deserve," she said.

Milk at breakfast cuts your appetite for lunch.
An Australian study provided 34 people with breakfasts that included milk one day and a fruit drink another. When they drank skim milk, the subjects consumed 50 fewer calories at lunch than when they had a fruit drink. Milk drinkers also reported feeling less hungry between the two meals. Study author Dr. Emma Dove, a research associate at Australia's Royal Perth Hospital, theorized that the milk's higher protein content, and maybe its thickness, are responsible for curbing appetite.

"Use the news," Peeke said. "You're just an occasional milk drinker? A cup of milk gives you eight grams of protein. That's right, this study found that when subjects drink skim milk they consumed 50 fewer calories at lunch and also reported feeling less hungry this is due to milk's high protein content."

Peeke's Tip: Work out a breakfast menu that includes skim milk in your first meal every day. Add a scoop of protein powder, and you have a shake and that will really cut your appetite and carb cravings.

Vinegar for Weight Loss.
Dress steamed veggies with vinegar to boost your body's ability to burn fat, suggests a new study. For six weeks, Japanese researchers fed two groups of mice a high-fat diet, supplementing one group's intake with a daily dose of the main chemical in vinegar. Those who consumed the acetic acid developed less body fat than the ones that didn't ingest it. In a follow-up study, people who downed three teaspoons of vinegar diluted in two cups of water daily experienced similar results after 12 weeks.

Wine and cheese at a party has more benefits than just being an appetizer.
The acidity in white wine can erode the calcium in your teeth, which makes the paler vintages much more damaging than red wines, says a German study. You can protect yourself by eating calcium-rich cheese when you're drinking white wine. And hold off on brushing your teeth for 30 minutes after imbibing; otherwise you risk brushing away your tooth enamel. Low fat cheese has just as much calcium as high fat high cheese. Think about the quality of the cheese in terms of fat.

Forget the fasting! It's not necessary for a cholesterol test.
One of the most difficult parts of getting your blood cholesterol checked is the overnight fasting that's been required before the exam. Now you can get tested without having to forgo your morning joe -- the results are accurate whether or not your bloodstream has cleared the fats from your meals, according to an analysis of 300,000 people in 21 countries reported in the Journal of the American Medical Association.

That's right, we don't have to starve ourselves anymore before a cholesterol test, Peeke said. This study found that results are accurate whether or not your bloodstream has cleared the fats from your meals. It is the non-fasting numbers in women that are the very precise predictors of heart disease in women.

And when it comes to food and menopause, eat burgers without fear of getting breast cancer.
Over the past two decades, studies have suggested that eating some red meat might cause breast cancer. The theory was that cooking meat at very high temperatures (by, say, grilling or barbecuing) created compounds that could bind to and damage your breast cells' DNA. But when researchers at the Albert Einstein College of Medicine, in New York City, examined the diets of more than 120,000 postmenopausal women over eight years, they found that eating red meat did not correlate with developing breast cancer, even among big-time carnivores. A large European study that include premenopausal women found similar results to the American study. Use the news, Peeke said, go ahead and enjoy that burger or steak. Still, because the saturated fat in red meat is bad for your heart, limit yourself to a few three-ounce portions a week.

It turns out the mind is more powerful than we thought. You think faster on your feet.
A study showed that the mind goes on high alert when backing away from danger or difficulty. Therefore, you're able to think at a much higher level of clarity. You are on high alert when you are walking backwards, you pay attention and your ability to think has a higher level of clarity. The more challenging the mind exercise the better they did. Reasoning that when you're backing away from a danger or difficulty, your mind goes on heightened alert, Dutch researchers asked 38 people to complete mental tasks after taking a few steps either backward, forward or sideways. The direction mattered when the task was challenging: Answer times were quickest when people had walked backward.

"Because of the mental link between the backward movement and a vigilant state of mind, stepping backward seems to enhance cognitive functioning even in the absence of actual danger," explains study co-author Dr. Severine Koch, of Radboud University Nijmegen, in the Netherlands.

When it comes to working out and menopause, another medical finding showed that exercise cuts hot flashes.
The good news here is that since there's a link between exercise and menopause you actually have more control than you think over the duration of your symptoms like hot flashes. So, Peeke said, who needs a pill when you can medicate with movement?

Have you ever wondered why your hot flashes and other menopausal symptoms seem to have been going on forever, even though the conventional wisdom says they should have disappeared after two years? Turns out the conventional wisdom is wrong, according to the first studies to follow a group of women for as long as their symptoms lasted. The researchers found that, on average, menopause-related annoyances persist over five years, and some women endure them for a decade or more. The good news is that you may have some control over the duration: "In our research, women who exercised four to six times a week had menopause symptoms for less time," said Dr. Nananda Col, director of the Center for Outcomes Research and Evaluation, at Maine Medical Center Research Institute, in Portland.

Peeke said, "You'll need to work out four or more times a week to attain the symptom-reducing benefits found in this study. The researchers didn't look into exercise intensity, but as a general health guideline the American Heart Association recommends moving at a speed that allows you to talk, but not sing."