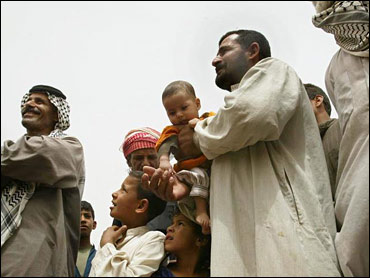 The United States will introduce a resolution Friday calling on the United Nations to lift sanctions on Iraq immediately and phase out the oil-for-food aid program over the next four months, diplomats said Thursday.

But the proposal already faces opposition from Russia and France, raising concerns about another divisive diplomatic fray like the one that preceded the U.S.-led war to oust Saddam Hussein.

The U.N. resolution proposed by Washington would also create an international advisory board to audit how income from Iraq's oil industry is spent and ensure it is being used to benefit the Iraqi people, the council diplomats said, speaking on condition of anonymity.

"The regime that the sanctions were directed against no longer rules Iraq," Mr. Bush said on Wednesday. "No country in good conscience can support using sanctions to hold back the hopes of the Iraqi people."