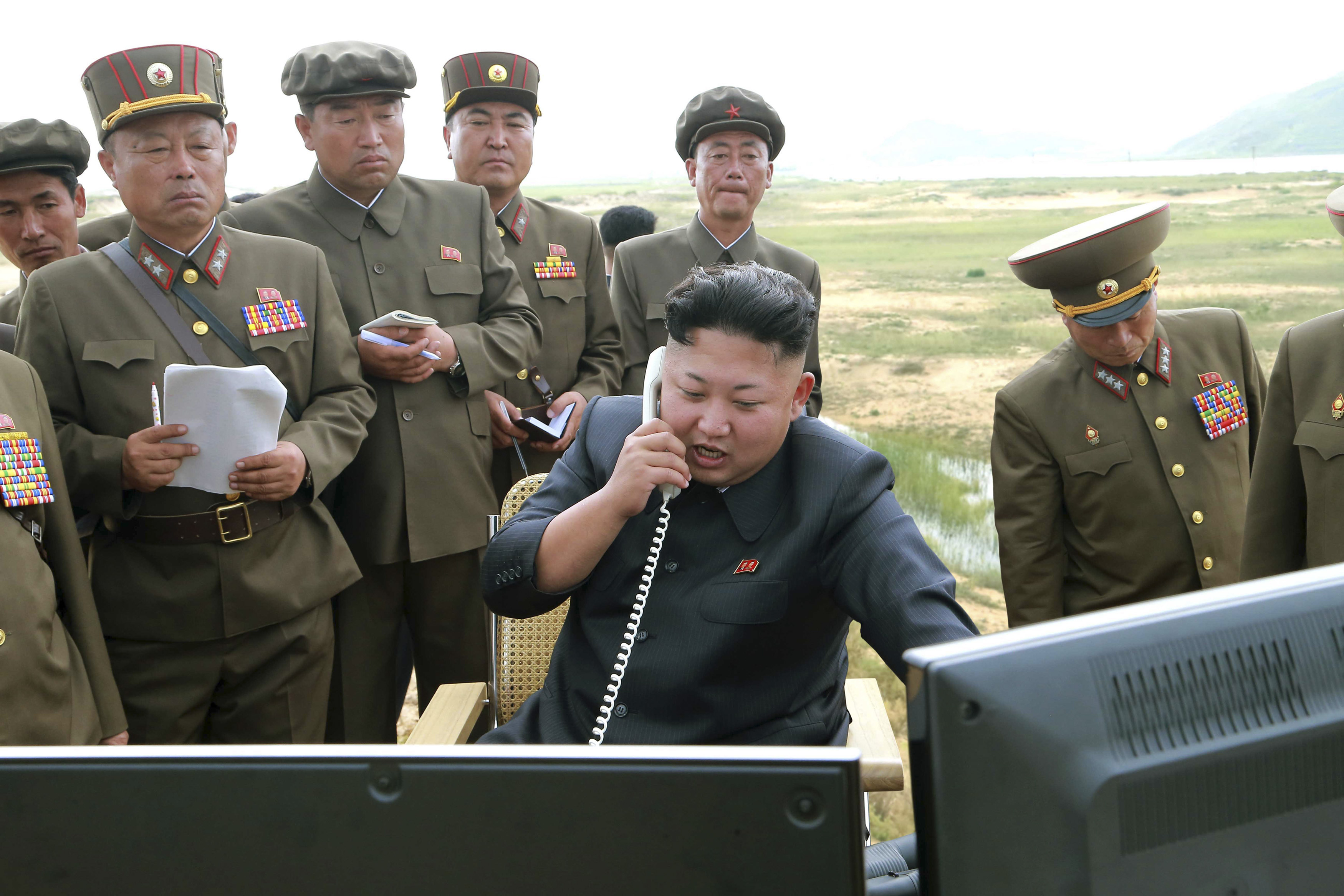 UNITED NATIONS -- The U.N. Security Council is meeting Friday to vote on whether to impose new sanctions on North Korea, including sharply cutting limits on its imports of refined oil, forcing all North Koreans working overseas to return home within 12 months and cracking down on the country's shipping.

The draft resolution circulated to all 15 council members Thursday wouldn't go as far as the toughest-ever sanctions that have been sought by the Trump administration, such as prohibiting all oil imports and freezing international assets of North Korea's government and its leader, Kim Jong Un.

The resolution would cap North Korea's crude oil imports at 4 million barrels a year and limit its imports of refined oil products, including diesel and kerosene, to 500,000 barrels a year. That would be a nearly 90 percent cut in imported fuels that are key to North Korea's economy.

The draft, obtained by CBS News and The Associated Press, would prohibit the export of food products, machinery, electrical equipment, earth and stones, wood and vessels from North Korea. And it would ban all countries from exporting industrial equipment, machinery, transportation vehicles and industrial metals to the country.

The proposed sanctions are the Security Council's response to Pyongyang's test on Nov. 29 of its most powerful intercontinental ballistic missile yet, which the government said is capable of hitting anywhere on the U.S. mainland. It was North Korea's 20th launch of a ballistic missile this year and added to fears that the North will soon have a nuclear arsenal that could viably target the U.S. mainland.

The United States drafted the resolution and reportedly negotiated it with China before circulating the final text to the rest of the council.

The draft, if approved, would result in a significant decrease of income for the North Korean regime. The draft itself means China has come around to ratcheting up of pressure on Pyongyang, reports CBS News' Pamela Falk from the U.N.

Separately, North Korea's foreign ministry said Friday that President Trump's newly-unveiled national security strategy is a "criminal document" that seeks the "total subordination of the whole world to the interests of the U.S.," the Reuters news agency reports.

"This has fully revealed that 'America first policy' which the gang of Trump is crying out loudly about is nothing but the proclamation of aggression aimed at holding sway over the world according to its taste and at its own free will," a foreign ministry spokesman said, according to a statement released by state media outlet KCNA and cited by Reuters.

U.S. Ambassador Nikki Haley said the Trump administration believed the new sanctions imposed at that time combined with previous measures would ban over 90 percent of North Korea's exports reported in 2016.

Those sanctions prohibited North Korea from importing all natural gas liquids and condensates. It also banned all textile exports and prohibited any country from authorizing new work permits for North Korean workers -- two key sources of hard currency for the northeast Asian nation.

The U.S. Mission said then that a cutoff on new work permits would eventually cost North Korea about $500 million a year once current work permits expire. The United States estimated about 93,000 North Koreans are working abroad, a U.S. official said.

The resolution to be voted on Friday would ban North Koreans from working abroad. It expresses concern that the foreign earnings from these workers are being used to support the country's nuclear and ballistic missile programs.

The resolution would require all countries to send North Korean workers and safety monitors home within 12 months.

The draft resolution "notes with great concern" that North Korea is illegally exporting coal and other prohibited items "through deceptive maritime practices and obtaining petroleum illegally through ship-to-ship transfers."

The proposed resolution would authorize U.N. member states to seize, inspect, and impound any ship in its ports or territorial waters suspected of being involved in these illegal activities. It would also order all countries to prohibit companies from providing insurance or re-insurance to North Korean-affiliated vessels.

The draft would also order all countries to de-register any vessel suspected of being involved in the transport or transfer of banned items. And it would ban the supply of used vessels to North Korea.

The resolution proposes adding 19 individuals to the U.N. sanctions blacklist.

Seventeen of those who would face travel bans and asset freezes if the resolution is adopted are foreign bank representatives. The other two are Kim Jong Sik, identified as a leading official guiding North Korea's development of weapons of mass destruction, and Ri Pyong Chul, an alternate member of the Political Bureau of the ruling Workers' Party of Korea and first vice director of the Munitions Industry Department.

Like the previous sanctions resolution, the new draft reiterates the Security Council's regret at North Korea's "massive diversion of its scarce resources toward its development of nuclear weapons and a number of expensive ballistic missile programs." It notes that 41 percent of the population is undernourished.

The proposed resolution calls for a resumption of six-party talks on North Korea's nuclear program aimed at the peaceful denuclearization of the Korean Peninsula. It reiterates the importance of maintaining peace and stability in northeast Asia and "expresses its commitment to a peace, diplomatic and political solution to the situation ... through dialogue."