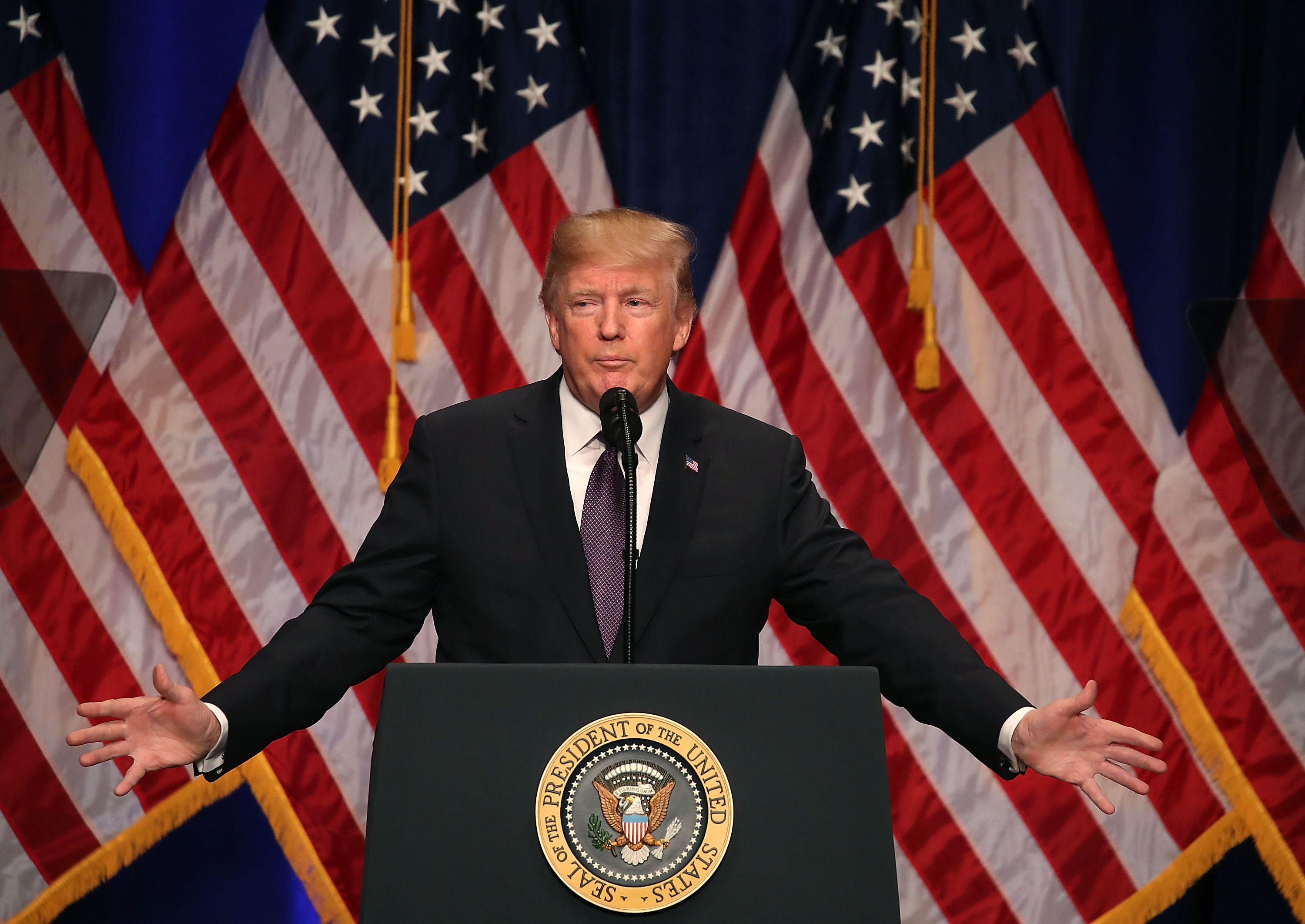 Trump's decision reflects a "victory of hardliners" in his administration, the official Xinhua News Agency said. It warned that U.S.-Chinese economic relations were likely to face "even more pressure and challenges."

Mr. Trump outlined his new national security strategy on Monday, hitting a series of sore spots for Beijing. It affirmed ties with Taiwan, the self-ruled island the mainland claims as its territory, and pledged to "re-energize our alliances" with Southeast Asian governments, some of which have conflicts with China over claims to portions of the South China Sea.

The United States and China share one of the world's biggest trading relationships and cooperate in areas from clean energy to public health. But Beijing sees Washington as an obstacle to its ambitions to be East Asia's dominant power, and strains over Taiwan, trade, technology policy and the South China Sea are growing.

The Chinese Embassy in Washington called on the U.S. government to discard "old thinking."

"It is selfish to put your national interest above other countries' interest and the mutual interest of the international community. It will lead the United States to isolationism," the embassy said in a statement.

"The Chinese side is willing to have peaceful coexistence with all countries of the world including the United States on the basis of mutual respect," it said. "The United States should also adapt and accept China's development."

U.S. officials are uneasy about Beijing's rising military spending - already the world's second-highest behind Washington. They see the "Belt and Road Initiative," a multibillion-dollar project to build railways and other infrastructure across dozens of countries from Asia to Europe and Africa, as part of efforts to diminish American influence and nurture a China-centered political structure.

Especially sensitive is Taiwan, the democratic island Beijing has declared a "core interest" over which it will go to war, if necessary.

Trump's report promises to "maintain our strong ties with Taiwan" and provide for its "legitimate defense needs."

China has taken a tougher stance toward Taiwan since last year's election of President Tsai Ing-wen, who has refused to endorse Beijing's contention that Taiwan is part of the Chinese nation. Chinese commentators speculate on the possible need for military steps to put pressure on Tsai.

After Trump signed a law this month that opened the way for U.S. Navy ships to visit Taiwan, a Chinese diplomat quoted by state media said the mainland would attack the day that happened.

Trump's report doesn't change Washington's official stance but might aggravate tensions if Taiwanese who want formal independence see it as sign of U.S. support and "want to take advantage of it," said Xiong Zhiyong, a U.S. relations expert at China Foreign Affairs University.

"The Chinese government is also anxious," said Xiong, adding that the Chinese diplomat's remark is a "warning out of real worry that something may happen unexpectedly."

On Monday, Chinese warplanes flew around Taiwan in what the military said was a test of their "ocean combat ability." Taiwan's defense ministry said Japan launched fighter planes to track the Chinese aircraft, but the Japanese government would not confirm that.

Trump's report promises to "re-energize our alliances" with governments including the Philippines and Vietnam, which have conflicting territorial claims with Beijing in the South China Sea. It also pledges to expand military cooperation with India, a country Beijing sees as a rival.

The report emphasized economic security and repeated complaints that China steals technology and uses "economic inducements" to persuade other governments to serve its strategic interests.

It proposes restricting visas to prevent intellectual property theft by foreigners, particularly Chinese, who travel to the United States to study science, engineering, math and technology.

Foreign business groups in China report that companies are increasingly frustrated with market barriers and other restrictions they say violate Beijing's free-trade promises.

The report is another abrupt turn in Trump's stance toward Beijing, which has veered between blistering criticism on trade and currency and optimism about cooperation on North Korea and other problems.

"China seeks to displace the United States in the Indo-Pacific region, expand the reaches of its state-driven economic model, and reorder the region in its favor," the report says.

In April, Trump announced that he was setting aside complaints about trade and currency in hopes of winning Chinese cooperation on North Korea. U.S. officials resumed criticizing Beijing in July.

Trump switched back to friendly overtures during a visit to Beijing in November. He said the two sides could solve most of the world's problems if they cooperated.

"Given the huge size and strength China has formed, it is impossible for the United States to restrain China," said the newspaper, which is known for its nationalistic tone. "As China continues to grow and its influence continues to spill over, this is the root cause of Washington's anxiety."

Did China silence a social media influencer over a tank-shaped ice cream?