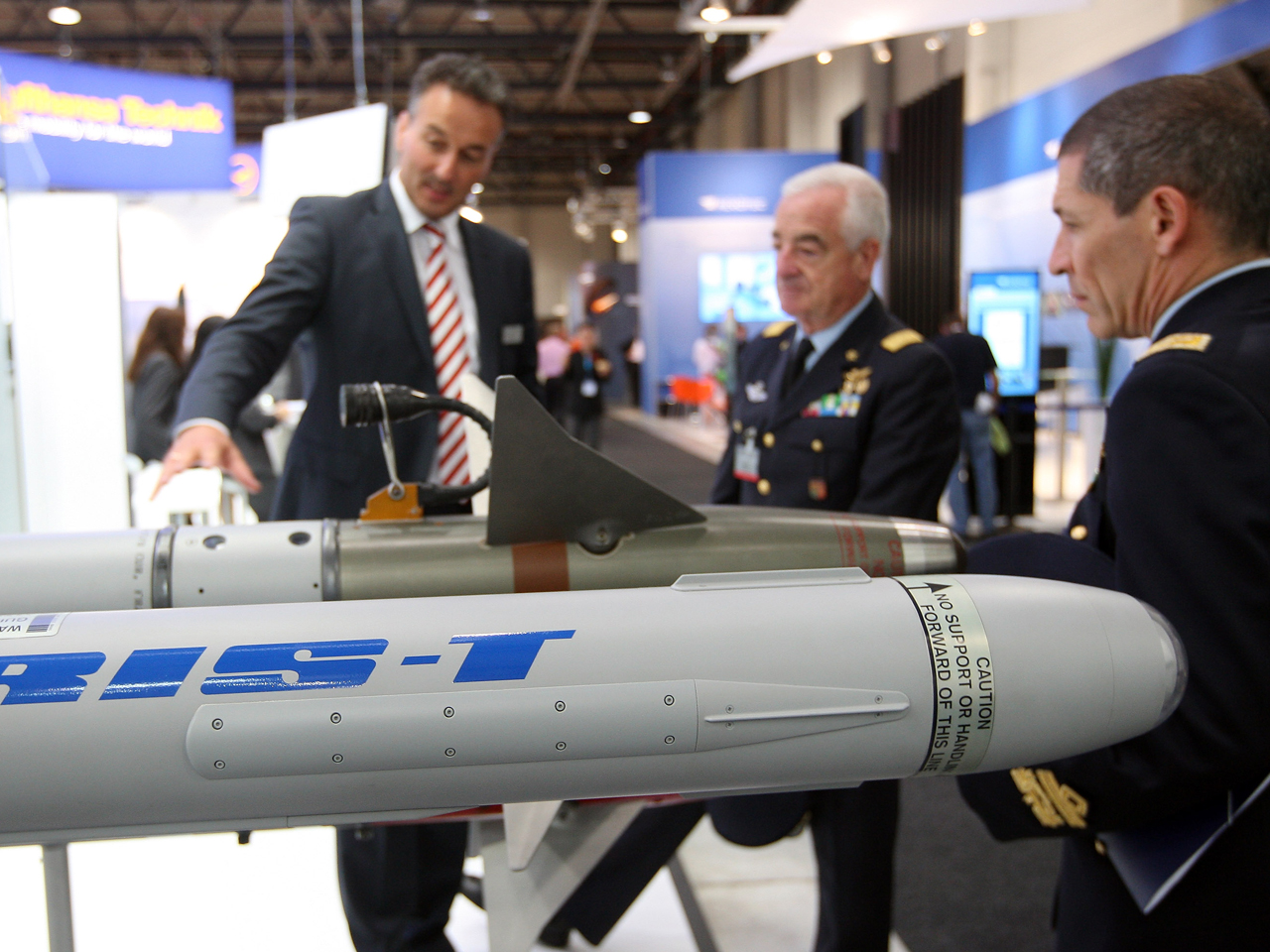 The resolution was approved by a vote of 154 to 3 with 23 abstentions. As the numbers appeared on the electronic board, loud cheers filled the assembly chamber.

"This is an historic day and a major achievement for the United Nations," said British Foreign Secretary William Hague, whose country helped spearhead the campaign. "The world wanted this treaty and would not be thwarted by the few who sought to prevent the introduction of robust, effective and legally binding controls on the international trade in weapons."

What impact it will have in curbing the estimated $60 billion global arms trade remains to be seen. The landmark U.N. treaty will take effect after 50 countries ratify it, and a lot will depend on which ones ratify and which ones don't, and how stringently it is implemented.

Enforcement is left up to the nations that ratify the treaty. The treaty requires these countries to cooperate on its implementation and to assist each other in investigating and prosecuting violations.

Britain and a small group of other treaty supporters sought a vote in the 193-member world body after Iran, North Korea and Syria blocked its adoption by consensus last week. The three countries voted "no" on Tuesday, while Russia and China, both major arms exporters, abstained. The United States, the world's largest arms exporter, voted in favor.

Never before has there been an international treaty regulating the global arms trade. Supporters said its adoption took far too long.

Australian Ambassador Peter Woolcott, who chaired the negotiations, said the treaty will "make an important difference by reducing human suffering and saving lives."

"We owe it to those millions — often the most vulnerable in society — whose lives have been overshadowed by the irresponsible and illicit international trade in arms," he told the assembly just before the vote.

The treaty is likely to face stiff resistance from conservatives in the U.S. Senate, where it needs the approval of two-thirds of the 100 lawmakers to win ratification.

Secretary of State John Kerry welcomed the approval of "a strong, effective and implementable arms trade treaty that can strengthen global security while protecting the sovereign right of states to conduct legitimate arms trade." He stressed that the treaty applies only to international trade "and reaffirms the sovereign right of any state to regulate arms within its territory."

The three treaty opponents and many countries that abstained complained that the treaty has too many loopholes and can be easily "politicized." Thy argued among other things that the agreement favors exporters like the United States over importers who need arms for self-defense.

The treaty will not control the domestic use of weapons in any country, but it will require countries that ratify it to establish national regulations to control the transfer of conventional arms and components and to regulate arms brokers.

It covers battle tanks, armored combat vehicles, large-caliber artillery systems, combat aircraft, attack helicopters, warships, missiles and missile launchers, and small arms and light weapons. A phrase stating that the treaty covers these weapons "at a minimum" was dropped, according to diplomats, at the insistence of the United States. Supporters complained that this limited the treaty's scope.

The treaty prohibits states that ratify it from transferring conventional weapons if they violate arms embargoes or if they promote acts of genocide, crimes against humanity or war crimes. The pact also prohibits the export of conventional arms if they could be used in attacks on civilians or civilian buildings such as schools and hospitals.

In addition, the treaty requires countries to take measures to prevent the diversion of conventional weapons to the illicit market.

Proponents of the treaty said it could make it much harder for regimes committing human rights violations to acquire arms, in conflicts such as the brutal civil war in Syria.

"The treaty's prohibition section, if it were in force today, would prohibit the ongoing supply of weapons and parts and components to the Assad regime in Syria," said Daryl Kimball, executive director of the independent Washington-based Arms Control Association.

Ammunition was a key issue in negotiations, with some countries pressing for the same controls on ammunition sales as arms, but the U.S. and others opposed such tough restrictions. The final text calls for each country that ratifies the treaty to establish regulations for the export of ammunition used by the weapons covered by the treaty.

Hopes of reaching agreement were dashed last July when the U.S. said it needed more time to consider the proposed accord — a move quickly backed by Russia and China. This time, the United States supported the final text.

The resolution was circulated by Britain, Argentina, Australia, Costa Rica, Finland, Japan, Kenya, Mexico, New Zealand, Nigeria and Norway and had over 100 co-sponsors by the time it was put to a vote Tuesday. It required only a majority vote, so its adoption was assured.

Supporters said they will continue campaigning to get all countries to sign and then ratify it.

"The world has been waiting a long time for this historic treaty," said Brian Wood, Amnesty International's head of arms control and human rights. "Despite Iran, North Korea and Syria's deeply cynical attempt to stymie it, the overwhelming majority of the world's nations have shown resounding support for this lifesaving treaty with human rights protection at its core."

The New York Times reports: "Nations can begin joining the treaty in early June, and it goes into effect as international law once 50 have ratified it. Given that the vote in the General Assembly was so overwhelmingly in support, it is expected to go into effect this year."