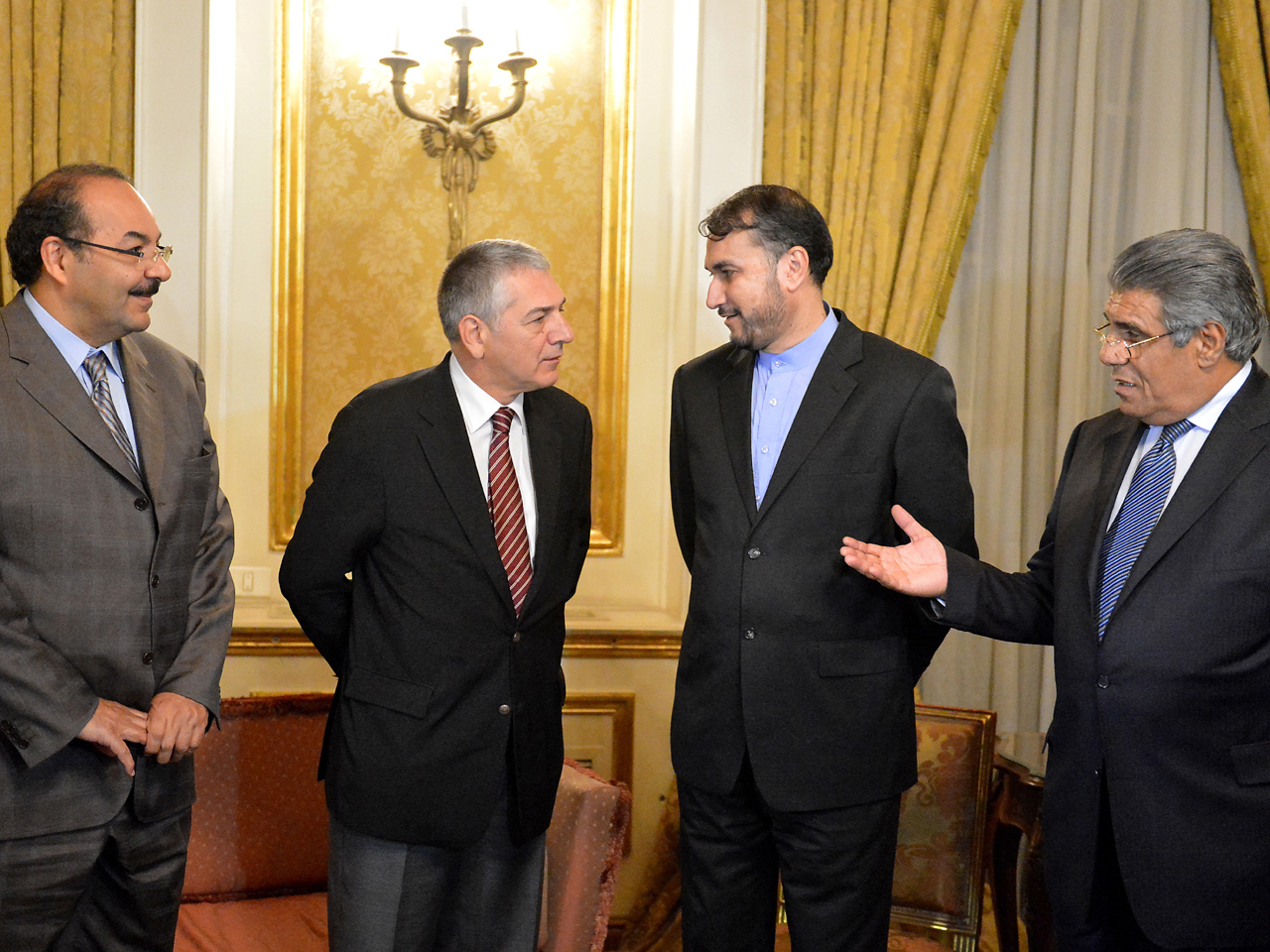 (AP) CAIRO - Diplomats from Turkey, Saudi Arabia, Iran and Egypt held on Monday the first gathering of a quartet of regional heavyweights aiming to work out a resolution for Syria's civil war.

The quartet is an initiative put forward by Egypt's new president aiming to bring together key supporters of the Syrian rebellion — Saudi Arabia and Turkey, as well as Egypt itself — with Iran, the biggest regional ally of Syrian President Bashar Assad.

Syria's bloody 18-month conflict, which activists say has killed at least 23,000 people, has so far stymied attempts at international mediation.

The new U.N. envoy to Syria, Lakhdar Brahimi, is heading to Damascus this week, tasked with brokering a diplomatic solution. The peace plan of his predecessor, former U.N. Secretary-General Kofi Annan, collapsed, and Annan stepped down in frustration.

The new quartet may also have trouble reaching common ground. Sunni-led Egypt, Turkey and Saudi Arabia have called on Assad to step down; Shiite Iran has firmly stood by Assad. Saudi Arabia and Iran are also bitter rivals with longstanding disagreements over Gulf security issues.

Egyptian President Mohammed Morsi appears to be hoping that bringing Iran into the quartet can eventually sway it to accept an alternative to Assad and put its weight behind a peace initiative. Last month, he went to Tehran for an international conference and gave a full-throated call for the world to back the Syrian opposition, startling his Iranian hosts.

The sessions that began Monday were among diplomats preparing for a possible higher-level meeting of the four country's foreign ministers later, Egypt's Foreign Ministry said.

Egypt is hoping the group can find consensus on an initiative calling for an immediate end to violence, maintaining the territorial integrity and sovereignty of Syria, supporting Brahimi's mission and launching a political process with various spectrums of Syrian society, the ministry said in a statement.

The quartet is aimed at "stopping the bloodshed by launching a political process designed to achieve the aspirations of the Syrian people for freedom and dignity," the ministry said.

Similarly, Annan's peace plan was centered on a cease-fire that was supposed to open the way to political dialogue. But the fighting never stopped.

In Cairo for talks ahead of his trip to Syria, Brahimi met with Morsi, Egyptian Foreign Minister Mohamed Kamel Amr and Arab League Secretary General Nabil Elaraby on Monday.

Morsi, who came to power as a result of his country's own Arab Spring uprising, proposed the four-nation contact group during a conference of Muslim nations in Saudi Arabia last month.