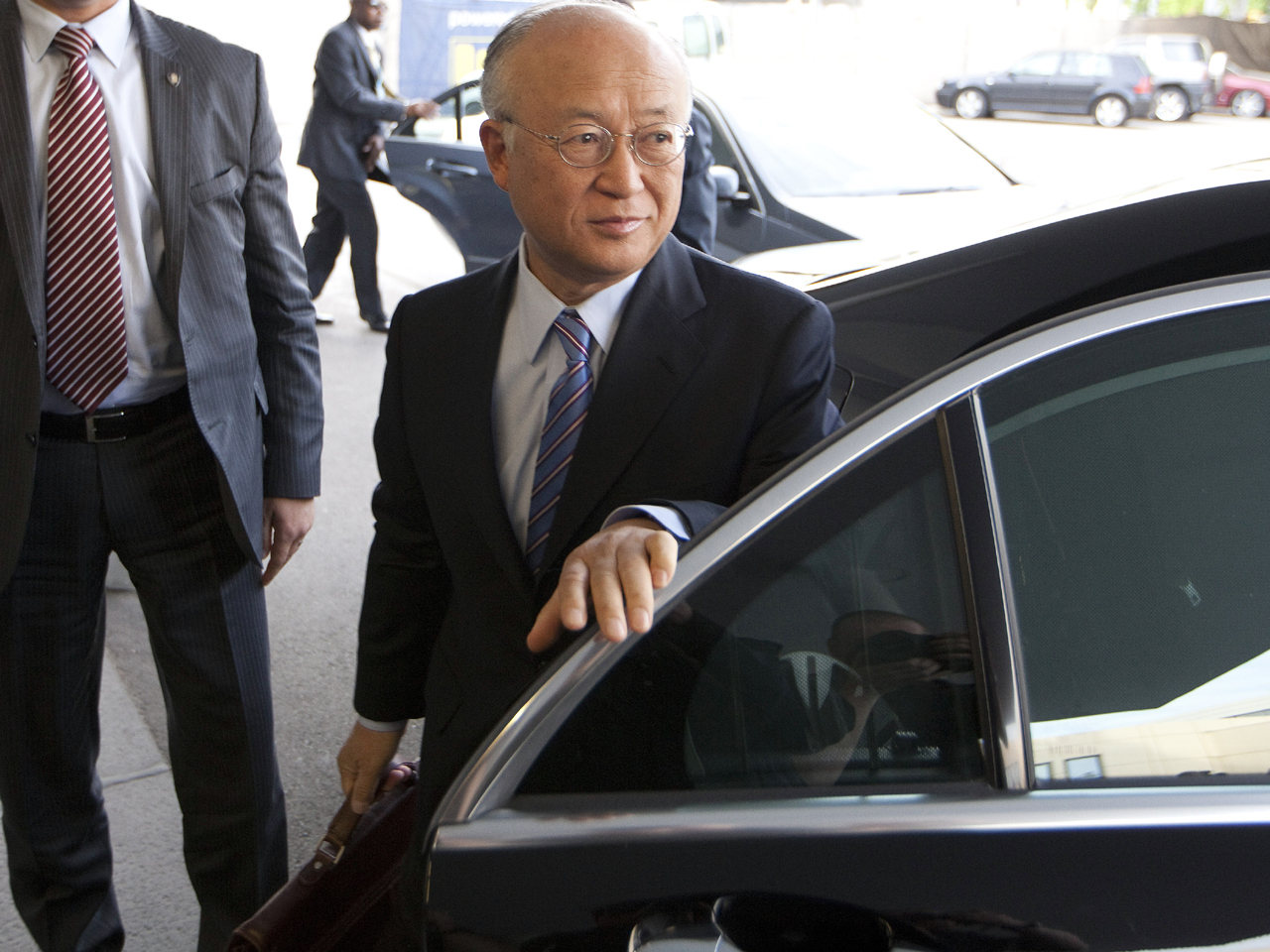 (AP) TEHRAN, Iran -The head of the U.N nuclear watchdog met Monday with Iranian leaders in Tehran on a key mission that could lead to the resumption of probes on whether Iran has secretly worked on a nuclear weapon.

Yukiya Amano of the International Atomic Energy Agency was quoted by Iranian state television as saying that he held talks with Iranian officials in a "good atmosphere."

The one-day visit — Amano's first since becoming the IAEA chief in 2009 — is focused on getting Iran to agree to terms that will allow IAEA probes of suspect Iranian sites, including the Parchin military complex where the agency had reported suspicious activities in the past.

Tehran denies having worked on atomic weapons, saying that its nuclear program is for peaceful purposes like research and cancer treatment. It says Parchin is only a conventional weapons site.

Neither side made mention of Parchin in remarks to the press after initial negotiations, keeping their statements general. Amano also said both sides discussed "various issues including nuclear disarmament, peaceful use of nuclear energy and future actions."

Top Iranian negotiator Saeed Jalili meanwhile said that he had "good talks with Amano in this regards and, God willing, we will have good cooperation."

Inspecting Parchin, southeast of the capital Tehran, was a key request made by senior IAEA teams that visited Tehran in January and February. Iran rebuffed those demands at the time.

But with both Iran and the IAEA reporting progress in a previous round of talks last week, anticipation ahead of the visit was high. While expressing some optimism, Amano said he could not predict whether he would clinch a deal that would allow his agency to renew its long-stalled probe.

Amano's trip is significant both for what it can achieve in terms of probing Iran's secretive nuclear program and as a mood-setter for talks Wednesday in Baghdad between Iran and the United States, Russia, China, Britain, France and Germany.

The six world powers are at the forefront of trying to persuade Tehran to curb its nuclear program and ease concerns it wants to use it to make nuclear weapons. For its part, Iran will seek to stay looming U.S. and European Union sanctions on its oil exports at the Baghdad talks.

The six will attempt to get Iran to commit to stop enriching uranium to a level that can be turned quickly into the fissile core of nuclear warheads, while ignoring — for now- its program of lower enrichment, which would take longer to turn toward weapons-making.

Iran insists it is enriching uranium only to produce nuclear fuel and for cancer treatment. It denies that it worked secretly on developing components of a nuclear arms program.

Parchin is especially significant since the IAEA believes Iran in 2003 ran explosive tests needed to set off a nuclear charge. The suspected blasts took place inside a pressure chamber. Iran has never said whether the chamber existed.

As Amano arrived, Iranian lawmaker Heshmatollah Falahtpisheh told The Associated Press that Tehran will likely accept more inspections of Parchin, "if it feels there is good will within the (IAEA) agency."

But Falahtpisheh, a member of the influential parliamentary committee of national security and foreign policy, warned that this new openness will likely come with expectations that the West would in return ease international sanctions on Iran.

"In opening up to more inspections, Iran aims at lowering the crisis over its nuclear case," said Falahtpisheh. "But if the sanctions continue, Iran would stop this."

A political analyst in Tehran, Hamid Reza Shokouhi, said Iran is carefully watching to see if the West shows more "flexibility and pays attention to Iranian demands" during Amano's trip.

"Then Iran will show flexibility, too," said Shokouhi.

Both sides appeared to be doing their best to dispel tension that had built up between Tehran and the agency in the past. Amano expressed regret for the assassination of four Iranian nuclear experts over the past two years and said, "I will do my best to protect classified information" of IAEA member countries.

Iran blames the killings on Western and Israeli intelligence and has in the past accused the agency of leaking information on its nuclear program as well as its nuclear scientists. The IAEA denies this.

Jalili meanwhile praised the IAEA for what it said was its work "opposing false claims of the U.S. in Iraq" regarding Baghdad's alleged possession of weapon of mass destruction prior to the 2003 U.S.-led invasion, according to the official IRNA news agency.