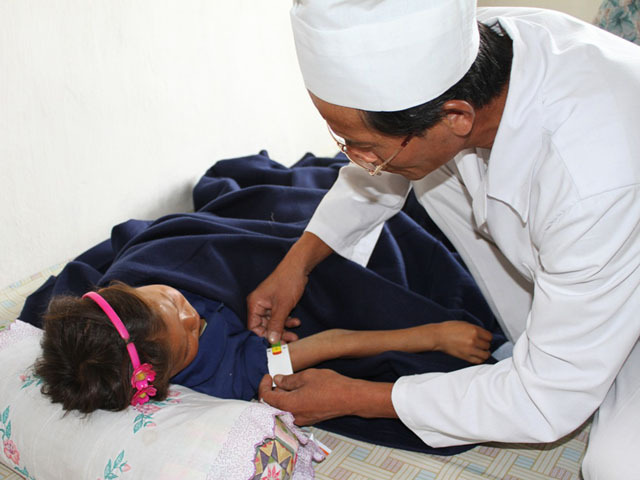 Speaking at the end of a five-day visit to North Korea, Valerie Amos, a U.N. undersecretary-general, said Friday that 6 million North Koreans, particularly children, mothers and pregnant women, need help. The figures, she said, are borne out by UN data and by what she learned from visits to farms, hospitals and orphanages, as well as from officials.

People's diets, she said, consist of rice, corn, cabbage, little else and no protein or nutrient rich foods.

While she acknowledged concerns about whether the authoritarian government diverts food aid or underfunds agriculture, Amos urged donor countries to put the needs of North Koreans ahead of other considerations.

"This is about helping the people who are most in need. It's not about saying that this country has made a choice about spending its resources in one way rather than another. We don't make those judgments in other countries, on humanitarian grounds. There's no reason to begin to do it in" North Korea, Amos told The Associated Press before leaving Pyongyang.

Hers is the latest appeal to meet a U.N. request in April for $218 million in emergency aid. Only a third has been met as key donors such as the United States largely shun giving over North Korea's provocative behavior and persisting questions about whether North Korea is withholding food from its public.

Washington approved $900,000 in emergency flood aid in August but has held back on approving food aid in part because Pyongyang is funding a nuclear program, reneging on nuclear disarmament pledges. Key U.S. ally South Korea, which earlier in the last decade provided large amounts of food aid, stopped giving after its conservative president, Lee Myung-back, took office in 2008.

U.N. agencies and humanitarian groups continue to have trouble monitoring how their aid is distributed — issues Amos said she raised with North Korean officials. She said she also discussed the "chronic poverty and underdevelopment" she saw.

Amos will apply her findings to a revised need assessment to be presented in two or three weeks.

At a news conference later Friday in Beijing, she said that, despite calamitous flooding, this year's harvest seemed on track to be as good or better than last year's, but that still wouldn't be enough to feed the country's 24 million people.

Amos said she'd been given rare access to a government public distribution center, where rations that have fallen from 21 ounces (600 grams) a day to 7 ounces (200 grams) a day per person are handed out, as well as to a private market where more nutritious food is available at prices far beyond the means of most North Koreans.

Amos said she made clear to North Korean officials that they need to provide better data to assess needs, but also that the North must take the lead in humanitarian work and fix the systemic problems underlying chronic food shortages, such as a lack of mechanization in agriculture.

"The answer does not rest in the international community coming in as a result of an appeal and supporting the public distribution system through what we are able to do, particularly for those who are most vulnerable," Amos said.

"The government has to take responsibility," she said.