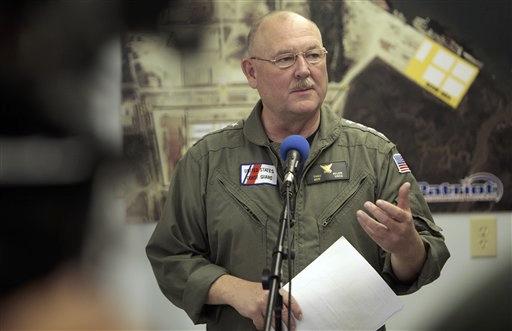 U.N. Secretary General Kofi Annan urged the Security Council on Thursday to issue "the strongest warning" to the forces fighting in Sudan to bring an end to the civil wars there.

Annan's comments were made to Security Council members in Kenya's capital, where they have begun extraordinary meetings on the violence and humanitarian crisis in Sudan.

"I regret to report that the security situation in (the western region of) Darfur continued to deteriorate despite the cease-fire agreement signed earlier," Annan said. "Both the government and its militias as well as the rebel groups have breached these agreements."

The U.S. ambassador to the United Nations, John Danforth, called the meeting to give members a chance to meet with experts working to end the fighting and suffering in Sudan's western Darfur region, as well as those hoping to wrap up a peace deal to end a 21-year civil war in southern Sudan.

The southern war pitted Sudan's Muslim government against rebels seeking better treatment, a greater share of the country's wealth and the right of the largely Christian and animist region to secede. The conflict killed more than 2 million people, largely through war-induced hunger and disease.

A separate conflict in western Sudan started in February 2003, when two non-Arab African rebel groups took up arms to for a greater share of power and resources. The government responded by backing Arab militias, who are accused to targeting civilians.

The conflict has driven 1.8 million people from their homes, and at least 70,000 people have died since March in the region because of disease, hunger and hardships.

"The strongest warning to all the parties that are causing this suffering is essential," Annan said.

"When crimes on such a scale are being committed, and a sovereign state appears unable or unwilling to protect its own citizens, a grave responsibility falls on the international community, and specifically on this Council," he said.

"The war in Darfur is of a political nature, it has been instigated by local parties who receive support from foreign parties," he said.

Taha called on the international community to help Sudan to disarm and demobilize the fighters in his country and to help in reconstruction.

John Garang, the leader of the southern Sudan People's Liberation Army, told members that only four issues remain to be resolved before a comprehensive agreement ending the southern war can be signed, which should happen by the end of the year.

Ending the southern war will help keep chaos from engulfing Sudan, where a number of small insurgencies are growing, he said.

"The situation in Darfur is rapidly degenerating into chaos and anarchy as the government's counterinsurgency policy ... has seriously boomeranged," he said, adding that "the government has recently rebuffed a coup attempt."

Both the rebels and the government have agreed to sign a memorandum of understanding that they would reach a final agreement by Dec. 31.

Danforth welcomed the announcement as a major step forward to ending the crisis in Sudan.

The council also expected to hear from representatives of the African Union and the regional Intergovernmental Authority on Development. After a brief meeting with Nairobi-based aid agencies and civil groups Friday morning, it was to adopt a resolution on Sudan.

A draft of the resolution promises financial and political support for any peace agreements in Sudan, but members had yet to agree on whether the council should threaten to impose sanctions or take other actions against parties that violate cease-fires or stop aid agencies from reaching needy civilians.

Secretary of State Colin Powell has called the violence in Darfur a genocide and in September accused four Security Council members — China, Russia, Algeria and Pakistan — of valuing business with Sudan over humanitarian concerns. All four abstained from an 11-0 vote to set up a commission to investigate the genocide charges against Sudan.

The Security Council meeting is only the fourth outside the United States since the United Nations was founded in 1945. It is being held at the Nairobi headquarters of the organization's environment program and program on human settlements.