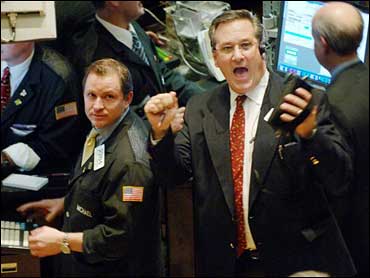 Massachusetts was able to avoid another upset at home because Lari Ketner took control of things down low.

"They don't have anyone as big as him," UMass coach Bruiser Flint said of Ketner, who had 23 points after halftime. "We could have just thrown it to him the entire night."

There was one moment, however, when the Minutemen (20-7, 12-2 Atlantic 10) needed help from the outside and Charlton Clarke provided it.

Clarke hit a long 3-pointer with three seconds left in regulation to tie the game 75-75.

Clarke, who finished with 15 points and was 4-for-5 from 3-point range, said chances like the end of the game are "what I live for."

"What we were trying to do is execute at the end," he said. "If it drops, it drops."

It did, and it ruined St. Joseph's coach Phil Martelli's day, if not his week.

"That was a win, and we gave it away," he said, visibly dejected and angry. "I'm not afraid to tell you we played better than them for 45 minutes."

When asked how he felt when Clarke connected for his 3-pointer, he answered with an expletive.

Martelli said his team was hurt when three players - Duval Simmonds, Rob Haskins and Frank Wilkins - fouled out. And he admitted Ketner was just too big for his team, with Simmonds as the heftiest starter at 6-8 and 220 pounds.

"I think the St. Joseph's big guys were a little timid when they got into foul trouble," Ketner said. "The coach just told me to duck in hard. The guys just kept giving it to me, and I was able to shoot."

Rashid Bey, who was able to penetrate with slashing drives, led St. Joseph's with 29 points, 10 assists and three steals.

The Minutemen chipped away and Rasul nearly put the game away late in regulation by making four free throws in the final 35 seconds, but Clarke's long 3 tied the game.

Both teams were trying to recover from frustrating defeats in their previous games. Massachusetts fell 87-85 at home in double overtime to Rhode Island, while St. Joseph's blew a 17-point first-half lead in a 50-42 loss to Temple.

"Two overtimes in four days, it's crazy. But thank the Lord for Charlton Clarke," Weeks said.