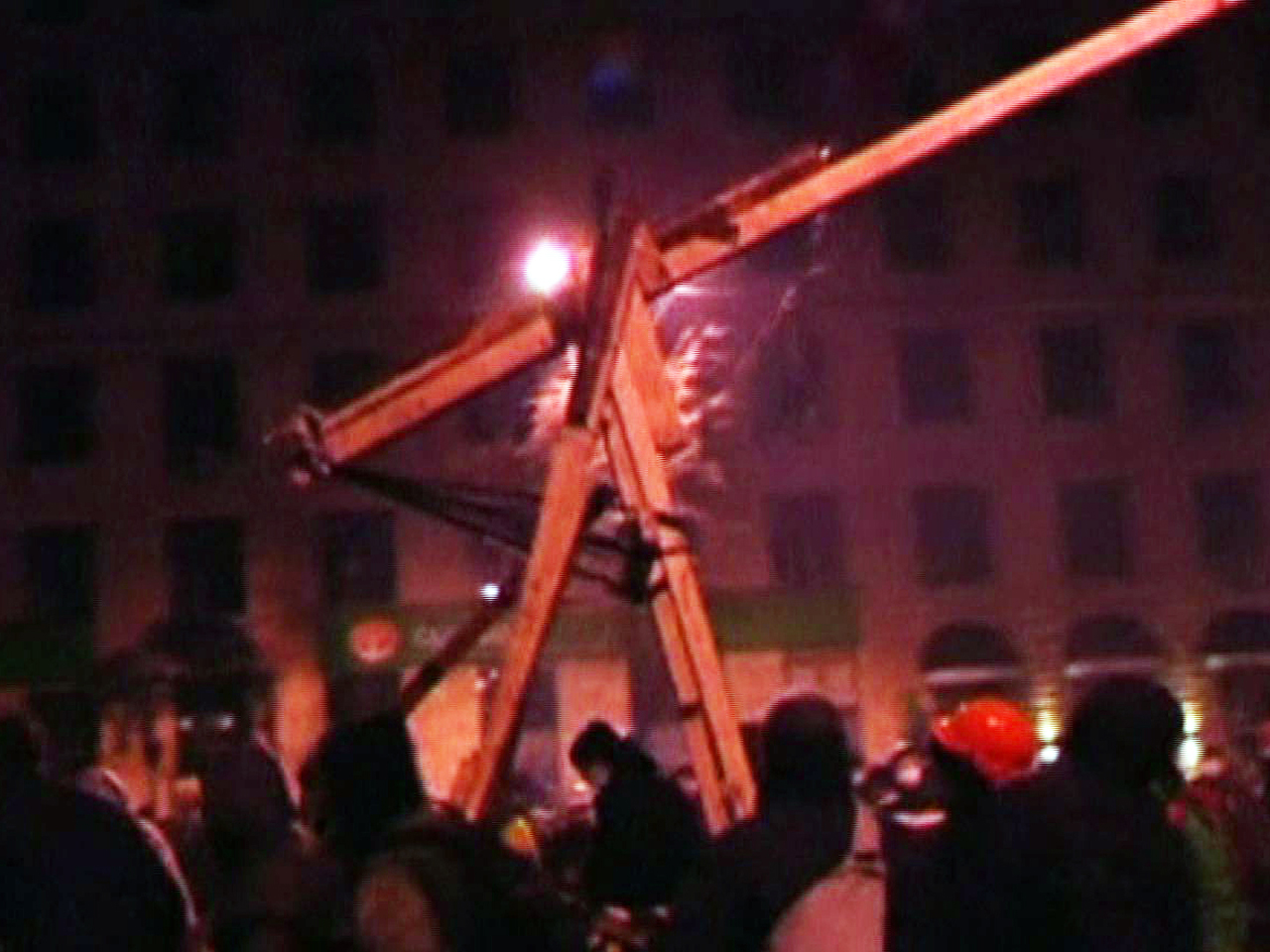 Russia is urging European governments to stay out of the Ukrainian political crisis.

The political street violence in Kiev has been going on for a couple of months. And while the crowd sizes haven't reached the critical mass that can lead to upheaval, the levels of violence in the last few days may be pushing Ukraine's standoff toward some sort of tipping point.

It may have looked like it at times, but the Fourth of July it wasn't, CBS News' Mark Phillips reported on "CBS This Morning." Demonstrators have used whatever weaponry they can get their hands on. Sometimes the battle had the look -- and some of the weapons -- of a Medieval siege. At one point, the protestors rolled a catapult toward the front line -- and fired it.

They've been heaving rocks and firebombs at police, and the security forces have been shooting back with stun grenades and tear gas.

It wasn't a mass protest involving tens of thousands. It's down to a hard core of several hundred protestors. Very determined protestors. And they've been carrying the battle.

Police have been firing back with rubber bullets -- at close range it seems.

What began as a contest between those who want Ukraine to establish closer ties with Europe and a government with links to Moscow and worried about Russian gas supplies, has turned into a tribal battle over basic human rights.

The passing of a new government law to restrict the protests resulted in some of the street violence spilling over into Parliament.

The European Union has called on Ukraine to rescind its anti-protest legislation. Russia has told the Europeans to mind their own business, and everyone is worried this could spin even further out of control.