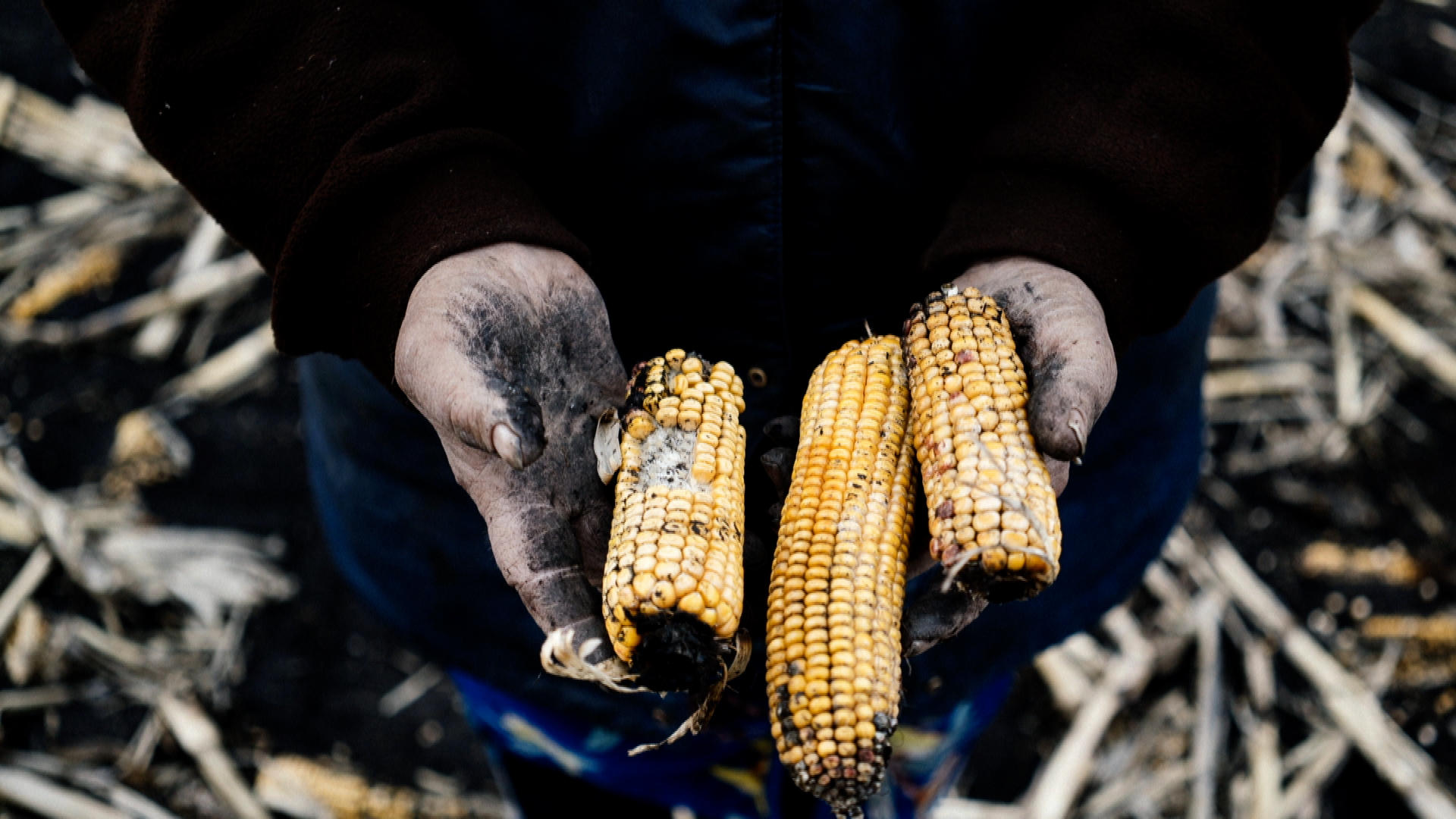 Odesa's port is closed, cutting off one of the world's largest exporters of food. Ukraine, the size of Texas, is number four in corn and wheat, number one in sunflower oil. David Beasley, executive director of the U.N.'s World Food Programme, said half the wheat the WFP needs worldwide is stuck in Ukraine.

"Ukraine is the breadbasket of the world. They grow enough food to feed 400 million people. Well, that's gone," Beasley told 60 Minutes this week. "You're already seeing fuel pricing spike, food pricing spike, cost of shipping spiking. It's already creating havoc for the poorest of the poor around the world. But this is gonna affect not just the poorest of the poor. It's gonna affect everybody."

The loss of that Ukrainian breadbasket may be felt around the world for years according to Arif Husein the WFP's chief economist.

"This is the time for farmers to be out there planting corn," Husein said. "Right now. This is their time. And they are not. Why? Because farmers are soldiers. Why? Because there is not enough diesel. Look at wheat. Right now, in the ground is what is the winter wheat. It needs pesticides. It needs fertilizer. Same issues. No labor, no fuel, no machinery. Our estimates are between 30 to 50% will actually be harvested. Would that have an impact on the world? Hell yes, it will have an impact on the world."

"We have to open up these ports. You, you've gotta open them up and we gotta protect them so that food can move in and out of this country for the rest of the world," Beasley told correspondent Scott Pelley. "It's a humanitarian need, the world demands it, we have to have those ports open, we have to."

"You seem to be suggesting that NATO warships would have to come into the Black Sea to secure the shipping out of the port," Pelley said.

"I'm a humanitarian guy but it isn't complicated. The world leaders are gonna have to come together somehow and figure out a way to protect these seaways. The ports have got to be opened up," Beasley said. "So, whatever the world leaders need to do, I'll leave that to them. But I know one thing, we're running out of time."

Time and money. David Beasley said his budget is short $10 billion worldwide because of the rising cost of fuel, food, shipping, all multiplied by COVID. Today, in 81 countries, the WFP plans on feeding more than 145 million people this year.

"Before Ukraine, I was already cutting rations to millions of people around the world," Beasley said. "We've already cut rations to over 8 million people down to 50%.  Imagine telling your child, 'I can only feed you half of what you need to have a healthy diet.'"

"How do you prioritize?" Pelley asked.

"So we're taking food from the hungry children and giving it to the starving children," Beasley said. "That's what we're doing right now."

For all the millions he's reaching, even with half rations, Beasley is most worried about those who are likely starving in Russian-occupied Ukraine. He is personally negotiating with Russia for access.

"I have written. I have called. I know the United Nations' doing everything it can in general to give us the access because we are impartial. We're neutral," Beasley told Pelley. "And all we're asking is, 'Give us the access to reach the innocent victims of this war.'"

"But it is in the Russians' interest to starve those people out," Pelley said.

"Well," Beasley responded, "Sure would appear so, wouldn't it?"

And food is now a weapon in the war. A restaurant cooking for the disaster relief organization, World Central Kitchen, was hit in an airstrike, wounding four.