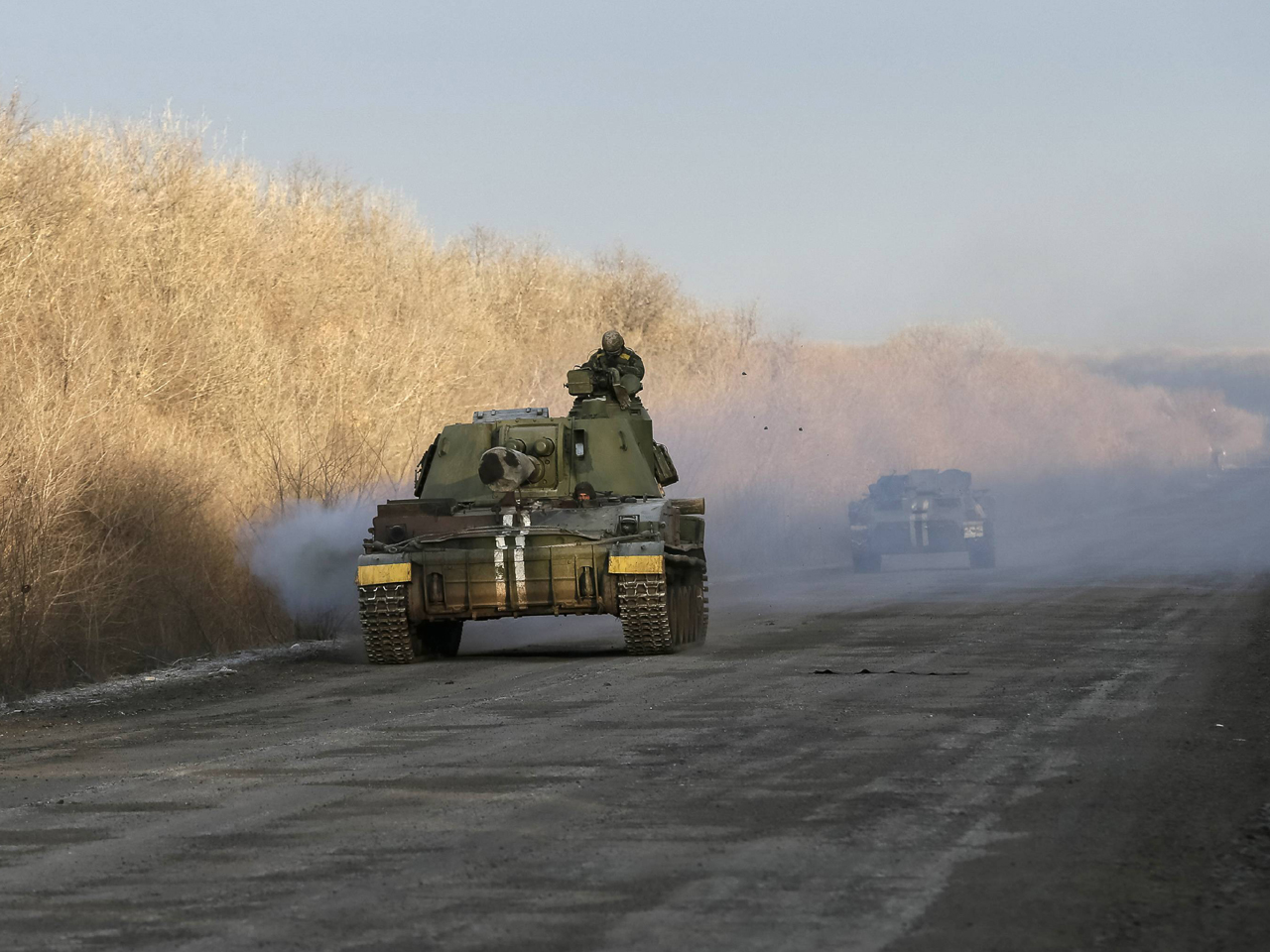 KIEV, Ukraine -- A Ukrainian military spokesman says separatist rebels fired on Ukrainian positions nearly 50 times over the past day, despite a cease-fire that was called into effect five days ago.

After Ukrainian forces withdrew this week from the city of Debaltseve, concern has risen about whether rebels would aim to take Mariupol. The city lies on the Sea of Azov between mainland Russia and the Russia-annexed Crimean peninsula.

Ukrainian President Petro Poroshenko spoke by phone Thursday morning -- as rebels celebrated their victory in Debaltseve -- to his Russian counterpart Vladimir Putin and the French and German leaders who helped broker the cease-fire deal. Poroshenko said he told Putin "not to pretend that what happened in Debaltseve was in line with the Minsk agreements."

In Berlin, the German government also condemned rebels' advance on Debaltseve. Chancellor Angela Merkel's spokesman Steffen Seibert described the onslaught as "a serious strain on the (Minsk cease-fire) agreement as well as hopes for peace in eastern Ukraine."

On the road out of town, dozens of Ukrainian military vehicles were retreating to the government-held town of Artemivsk. Many were riddled with bullet holes or had their windshields destroyed. Soldiers in them spoke of enduring weeks of harrowing rebel shelling, barrages designed to annihilate their ranks.

"Starting at night, they would fire at us just to stop us from sleeping," a Ukrainian soldier named Andrei told the AP, sitting in his truck outside Artemivsk. "They did this all night. Then in the morning, they would attack, wave after wave. They did this constantly for three weeks."

As rebels waved separatist flags in Debaltseve, Nikolai Kozitsyn, a Russian Cossack leader and prominent warlord in separatist eastern Ukraine, drove around in a Humvee-like vehicle captured from Ukrainian troops.

All around lay the wrecked remains of Ukrainian armored vehicles. A government encampment near a crossroads lay deserted. Rebel fighters searched through its bunkers and abandoned tents, looking to salvage equipment and clothing left behind by the quickly retreating troops.

Two rebel fighters inspected a tank left behind by Ukrainians, what they called a "gift" from the government troops. They then grabbed a bloodied blue-and-yellow Ukrainian flag lying next to the tank and ground it into the frozen earth with their boots.