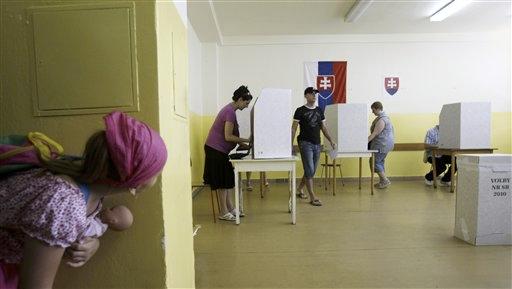 With tens of thousands of opposition demonstrators in the Ukrainian capital for a third consecutive day Wednesday, an ally of opposition presidential candidate Viktor Yushchenko said the only thing to negotiate with Ukraine's authorities is the transfer of power.

"We are ready to negotiate only about the peaceful handing over of power to Yushchenko by Kuchma," Tomenko told a crowd of Yushchenko supporters gathered in the capital's central Independence Square and the adjacent main avenue.

Yushchenko, a Western-leaning reformer, claimed victory Tuesday over the Kremlin-backed prime minister, Viktor Yanukovych, in Sunday's presidential run-off, which many Western nations said did not meet democratic standards. Official results released by the Central Election Commission, with more than 99.48 percent of precincts counted, put Yanukovych ahead with 49.39 percent of the votes to his challenger's 46.71 percent. But exit polls showed Yushchenko winning.

Yushchenko told his supporters that a symbolic oath of office he took in parliament Tuesday "was the first step, but we need to carry on to the end. God forbid anybody doubts that we will win."

The oath was not legally binding, but its symbolic weight was considerable — a declaration that Yushchenko did not intend to back off.

"We are ready for a revote of the second round, but under the condition that we'll have an honest central election commission, (and) if there's not shameful administrative pressure," Yushchenko said.

He added that the opposition would also demand a law be signed prohibiting absentee certificates, which the opposition claims were used to allow pro-Yanukovych supporters to vote multiple times.

The Central Elections Commission said it plans to announce the final results Wednesday, and tension rose ahead of the meeting as pro-Yanukovych and pro-Yushchenko supporters stood within meters (feet) of each other, shouting insults. Heavy trucks were parked around the compound, blocking views inside.

Opposition members suggest that declaring the results final could trigger swift and severe police action to break up their gathering. Yushchenko appealed to Ukraine's security organs on Wednesday to not strike out at the protesters.

"Rise to the defense of the people," he said.

The election has led to an increasingly tense tug-of-war between the West and Moscow, which considers Ukraine part of its sphere of influence and a buffer between Russia and eastward-expanding NATO.

Russian President Vladimir Putin has already congratulated Yanukovych on his victory, and the Kremlin-controlled Russian parliament denounced the Ukrainian opposition for its "illegal actions."

Yushchenko and his allies have accused authorities of rigging Sunday's vote in favor of Yanukovych; Western observers also criticized the vote, and have called on Ukraine to review the allegations of fraud before declaring a final victor.

The opposition supporters have taken over blocks of Kiev's main street, setting up a giant tent camp. There has been a near-total absence of police officers, although as opposition supporters marched to the presidential administration building Tuesday night, they met phalanxes of riot police outside. The stand-off ended without incident.

Yanukovych supporters have become increasingly visible in Kiev, setting up hundreds of tents on a wooded slope about a half-kilometer (0.3 miles) from the opposition's even larger tent camp. They shouted their candidate's name throughout the night, and at one point a car bearing a large Yanukovych banner drove tauntingly past the edge of the opposition gathering.

Mykola, a middle-aged miner from Kriviy Rih in eastern Ukraine who wouldn't give his last name, said he came to the capital to support Yanukovych and prevent "usurping power."

"We have no one to bring us food and clothes as our opponents (do)," he said, referring to the huge outpouring of support from Kiev residents for the Yushchenko supporters camping out in the cold. "But we will win because we believe in Ukraine."

Kuchma on Tuesday referred to the demonstrations as "political farce ... (which is) extremely dangerous and may lead to unforeseeable consequences." He called for talks to propose "real steps for getting out of the crisis."

Communist Party leader Petro Symonenko called for the election to be declared invalid and all power to be transferred to parliament, said his spokeswoman Oksana Cherkun. Symonenko can play a decisive roll in Ukrainian politics, because the Communist's 59 lawmakers are needed by both the pro-Yushchenko and pro-Yanukovych lawmakers to secure a majority.

Kiev's city council and the administrations of four other sizable cities — Lviv, Ternopil, Vinnytsia and Ivano-Frankivsk — have refused to recognize a Yanukovych victory.

Meanwhile, 14 journalists on Ukrainian state television's main news program announced a strike Wednesday. "We can conquer our fears because there is a stronger feeling — shame," the journalists wrote in a statement, according to editor Olga Savrey.

MMIV, The Associated Press. All Rights Reserved. This material may not be published, broadcast, rewritten, or redistributed