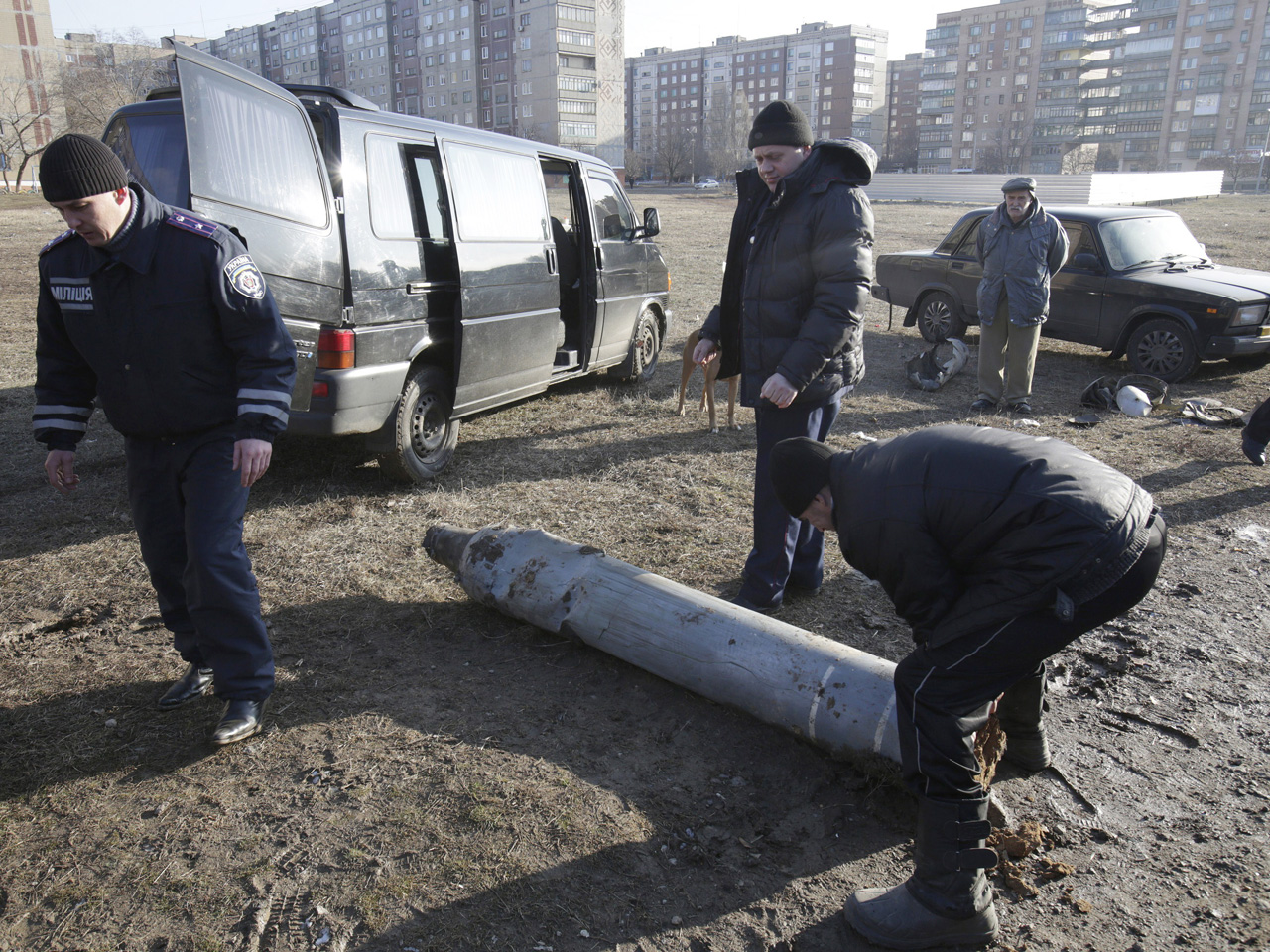 U.S. Army Europe Commander Lt. Gen. Ben Hodges said a battalion of U.S. soldiers would train three battalions of Ukrainians from the Interior Ministry at the Yavariv training center in the western Ukrainian city of Lviv.

Hodges' remarks came amid an intensification of fighting in eastern Ukraine, and as French, German, Ukrainian and Russian leaders are due to meet later Wednesday for peace talks in Minsk, Belarus, whose success is far from certain.

The possibility of training Ukrainian troops also comes amid speculation that the U.S. will start sending heavier arms to Kiev to bolster their fight against the separatists. Moscow has warned the U.S. against doing so.

The planned training, Hodges said, will involve Americans teaching the Ukrainians how to better defend themselves against "Russian and rebel artillery and rockets." Training will also include securing roads, bridges and other infrastructure, treating and evacuating casualties, and operating in an environment where Russians are jamming communications.

"I think it's very important to recognize these are not separatists, these are proxies for President Putin," Hodges said. "It is very obvious from the amount of ammunition, the type of equipment, that there is direct Russian military intervention in the area around Debaltseve."

The rebels are waging an offensive to take Debaltseve, a government-held railway junction that lies between the rebel-held cities of Luhansk and Donetsk.

"I do worry that if they are successful in Debaltseve that then they will shift their attention to Mariupol," Hodges said, referring to the strategic port city. "I don't know that, but I am concerned that that is something that they might do. They certainly have a large number of Russian forces, 10 battalions, on the border of eastern Ukraine."

He spoke during a visit to NATO's Multinational Corps Northeast Headquarters in the Polish city of Szczecin.

Meanwhile, the peace talks in Minsk, brokered by German Chancellor Angela Merkel and French President Francois Hollande, aim to negotiate a deal to end hostilities between Ukrainian troops and Russian-backed separatists. The conflict has claimed more 5,300 lives since April.

"The entire world is waiting to see whether the situation moves toward de-escalation, weapons pullback, cease-fire, or ... spins out of control," Poroshenko said upon arriving in Minsk.

Details of a possible peace deal haven't been released but key sticking points at the talks include:

- Drawing a new line of division: Ukraine wants the same one that was agreed upon in September, while Russia wants a new line that reflects rebels' significant territorial gains since then.

- Withdrawing Russian troops and equipment from eastern Ukraine: Russia says it does not have any troops and military hardware in the east, a stance scoffed at by Ukraine and NATO.

- Securing the Ukraine-Russian border: Ukraine wants to get control back over its border with Russia to stem the flow of Russian fighters and weapons, while Russia says that's up to the rebels.

- Giving the separatists more autonomy: Ukraine says it may offer them broad rights on the basis of the Ukrainian law, but Russia wants guarantees. Russia also wants Ukraine to end its financial blockade of the east.

European leaders have warned there is no guarantee a deal will be reached with Moscow, which the West says is fueling the insurgency with troops and arms. Germany and France have rushed to mediate after a surge in fighting this year.

In the rebel-held city of Donetsk, rebel officials said five people were killed and nine wounded in a shelling attack Wednesday on a bus station, where an Associated Press reporter saw one body. Officials in Kiev said Wednesday that 19 troops had been killed and 78 wounded in a day of fighting in Debaltseve, a hotly contested transport hub in eastern Ukraine.

Poroshenko posted a statement saying he had made an impromptu visit to eastern Ukraine early Wednesday, stopping in the city of Kramatorsk, where Kiev says 16 people were killed and 48 wounded in a rocket strike Tuesday. The city is 30 miles from the nearest front line.