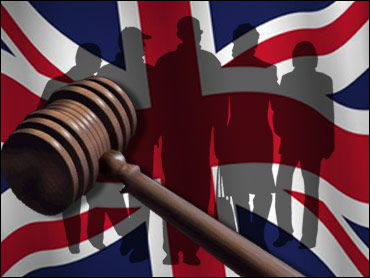 Britain is using genetic tests on some African asylum seekers in an effort to catch those who are lying about their nationality, drawing criticism from scientists and provoking outrage from rights groups.

The United Kingdom Border Agency launched the pilot project in September amid suspicions there might be a large number of asylum applicants lying about their home countries. An agency spokesman said Britain was the only country using genetic tests in this way.

Experts, however, say the tests are based on flawed science and there's no way genetic swabs can provide meaningful evidence regarding nationality.

Concerned about potential fraud, the Bush administration launched a pilot DNA testing project in 2007 to vet applicants to a program that allows family members of African refugees already in the United States to join them.

The project, which wrapped up in March 2008, found an extremely high rate of fraud - 87 percent - among applicants claiming to be related to each other, the State Department said, and the resettlement program was suspended until those concerns could be addressed. The U.S. does not use genetic tests to try to prove nationality.

Authorities in Britain described the testing as voluntary and said applicants would be asked to provide a mouth swab or hair or nail sample only in cases where questions arise about their nationality and they would be free to decline.

The government argues such tests can provide valuable - although not conclusive - evidence in assessing whether or not asylum seekers are telling the truth about their country of origin.

So far, the tests are being used only on people who claim to be from Somalia, Ethiopia, Eritrea, Kenya, Uganda and Sudan, though if successful, officials say the plan could be rolled out further.

Several experts slammed the effort as "fundamentally flawed science," and a petition has been sent to Prime Minister Gordon Brown calling for the project to be dismantled.

"Genes are not aware of national borders," said Sir Alec Jeffreys, a geneticist at the University of Leicester who developed techniques for DNA fingerprinting.

"Nationality is a legal concept, and it's got nothing to do with genetics at all," said Jeffreys, adding that the kind of genetic research needed to identify ethnic origins according to DNA in Africa has never been done.

"If people do not consent to this test, that could jeopardize their application or otherwise be construed negatively," said Jill Rutter, a spokeswoman for Refugee and Migrant Justice, a London-based legal charity for asylum seekers and migrants.

"Refugees might not be in a position to understand what's going on and they could be without legal representation when this request is made," Rutter said. "It puts them in a very vulnerable position and their rights may be infringed upon."

Refugees may be eligible for asylum in Britain if they can prove they face persecution at home because of their race, religion, political views, sexual orientation, or other factors.

Last year, nearly 26,000 people applied in Britain; of the more than 19,000 cases where decisions were made, 3,725, or 19 percent, were granted asylum. People from more repressive or chaotic countries, like Sudan or Somalia, often have a better chance of gaining asylum than those from more stable countries like Kenya.

In a document describing the project, the Border Agency acknowledges "testing will only provide a clue to the person's ancestral lineage allowing a probable identification with a particular country."

The agency had originally planned to use genetic test results as definitive proof of nationality, but scaled that back after scientists protested. A spokesman for the agency said results would only be used in combination with other ways of determining an asylum seeker's nationality, such as language analysis and interviews, and would not be used to deport anyone.

"We are only trying to establish the efficacy of this approach," said the official, who spoke on condition of anonymity in line with government policy. The Border Agency expects to test about three samples a week during the 10-month-long project.

The tests will also be used to determine if the children asylum seekers are trying to bring into Britain are actually related to them. In addition to the pilot program in the U.S., such testing on children has also been conducted in France.

Besides genetic tests, British officials are also performing isotope analysis of asylum seekers' hair and nail samples. Scientists can look at the composition of certain elements like oxygen or strontium in hair and nails to see where a person has been.

But these isotopes are present only so long as the hair and nails have recently been growing, meaning such tests will only give clues into an applicants recent whereabouts.

"I don't see how hair and nails can be used to tell you anything about (birth) origins," said Jane Evans, an isotope expert at the National Environment Research Council in Nottingham.

It is possible to get more precise information about a person's origins using isotopes, but only with a bone or tooth sample, she said.

Britain has been a lightning rod of controversy in the debate over security versus civil liberties.

It has one of the largest DNA databases in the world, with more than 5 million samples collected by authorities to help fight terrorism and crime.

In a landmark decision, the European Court of Human Rights recently ordered Britain to destroy nearly 1 million DNA samples and fingerprints on its database - samples taken from children, people who had never been charged or people acquitted of crimes.

Since terror attacks in the U.S. and Britain, authorities have also used DNA collection as an important counterterrorism tool.

DNA samples taken on battlefields in Afghanistan, Iraq and Pakistan from detainees and suicide bombers have provided clues about terror cell members and how they are linked to global cells, British security officials said.

Samples taken during terror raids in Britain have also allowed investigators to trace suspects to suspects abroad, said the officials, who spoke on condition of anonymity because of the sensitivity of their work.

Experts said that while it is legitimate for the government to try to confirm asylum seekers' claims, it has to do that in ways compatible with the principles of a democratic society - and with a credible test.

"Genetic testing may be able to tell you where somebody's ancestors started out, but it doesn't tell you where they're from," said John Harris, a professor of bioethics at Manchester University, who also sits on the government's Human Genetics Commission.

"It won't give them anything worth knowing, and it's very likely that what it will give them is misleading."