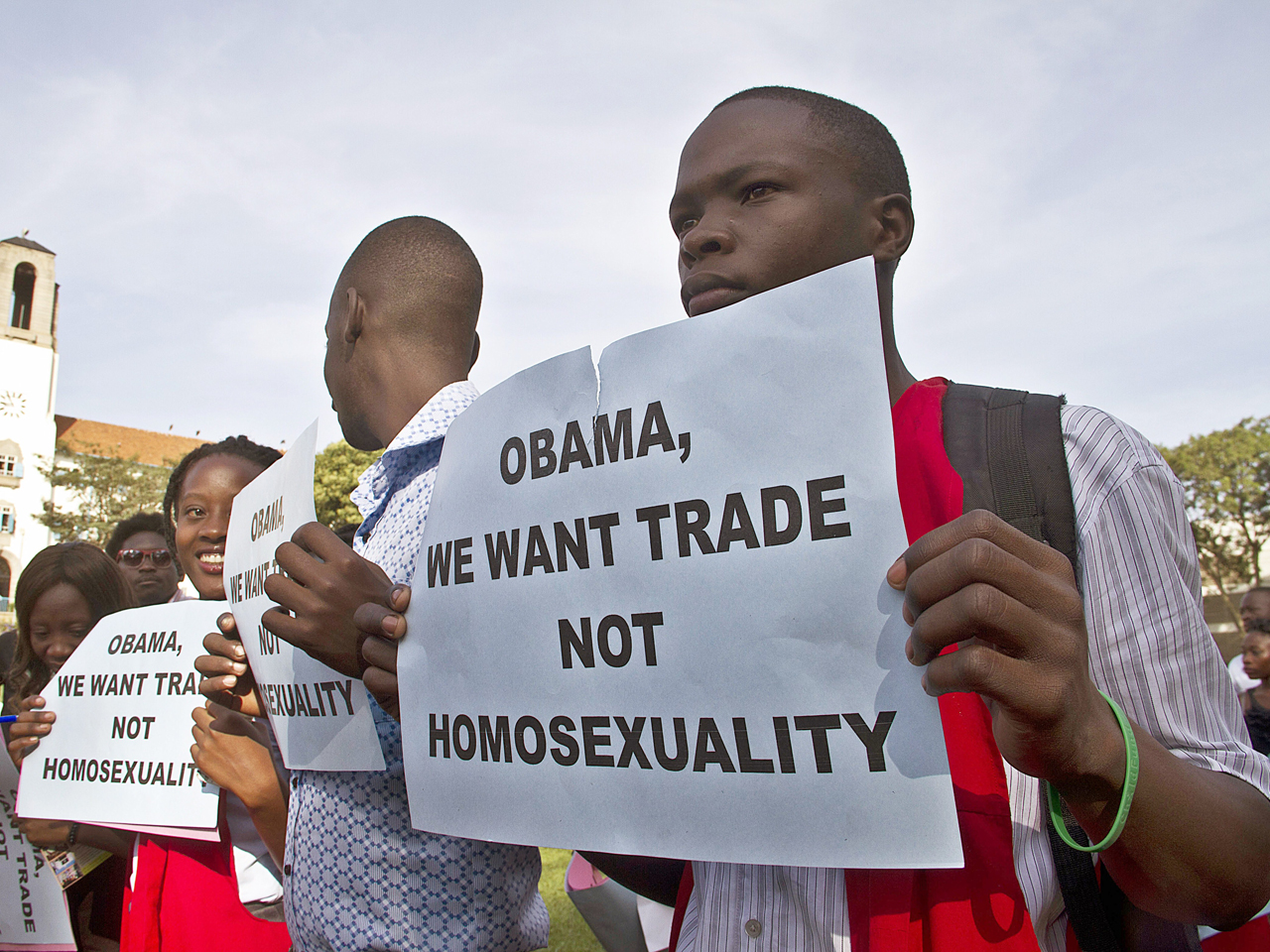 KAMPALA, Uganda - President Yoweri Museveni of Uganda has launched fresh condemnation of gays, saying they deserve punishment because homosexuality "is criminal and it is so cruel."

Museveni, who last month signed a bill strengthening criminal penalties against homosexuals, said Monday that he is "now mobilizing to fight" Western gays he accuses of promoting homosexuality in Africa.

Museveni spoke at a "thanksgiving service" organized by a coalition of Ugandan religious leaders and government officials who said the president deserves credit for defying Western pressure.

Thousands of Ugandans attended the raucous event in the Ugandan capital, Kampala, many of them schoolchildren who sang and danced to anti-gay tunes that also railed against the West.

Some European countries and the U.S. have cut, delayed or reviewed aid to Uganda over the law.

The anti-gay law calls for first-time offenders to be sentenced to 14 years in jail. It also sets life imprisonment as the maximum penalty for a category of offenses called "aggravated homosexuality," defined as repeated gay sex between consenting adults as well as acts involving a minor, a disabled person or where one partner is infected with HIV.

In signing the bill, Museveni said he had previously thought homosexuality was merely "abnormal" sexual behavior that some people were born with - the reason he once was opposed to harsh penalties against gays. Now he said he is convinced that it is a choice made by individuals who may try to influence others. Africans are "flabbergasted" by homosexual behavior, he said.

Reports have already surfaced of people in the LGBT community being attacked and killed with impunity as a result of the law. One day after it was signed, a Ugandan newspaper published a list of what it called the country's "200 top" homosexuals, outing some Ugandans who previously had not identified themselves as gay.