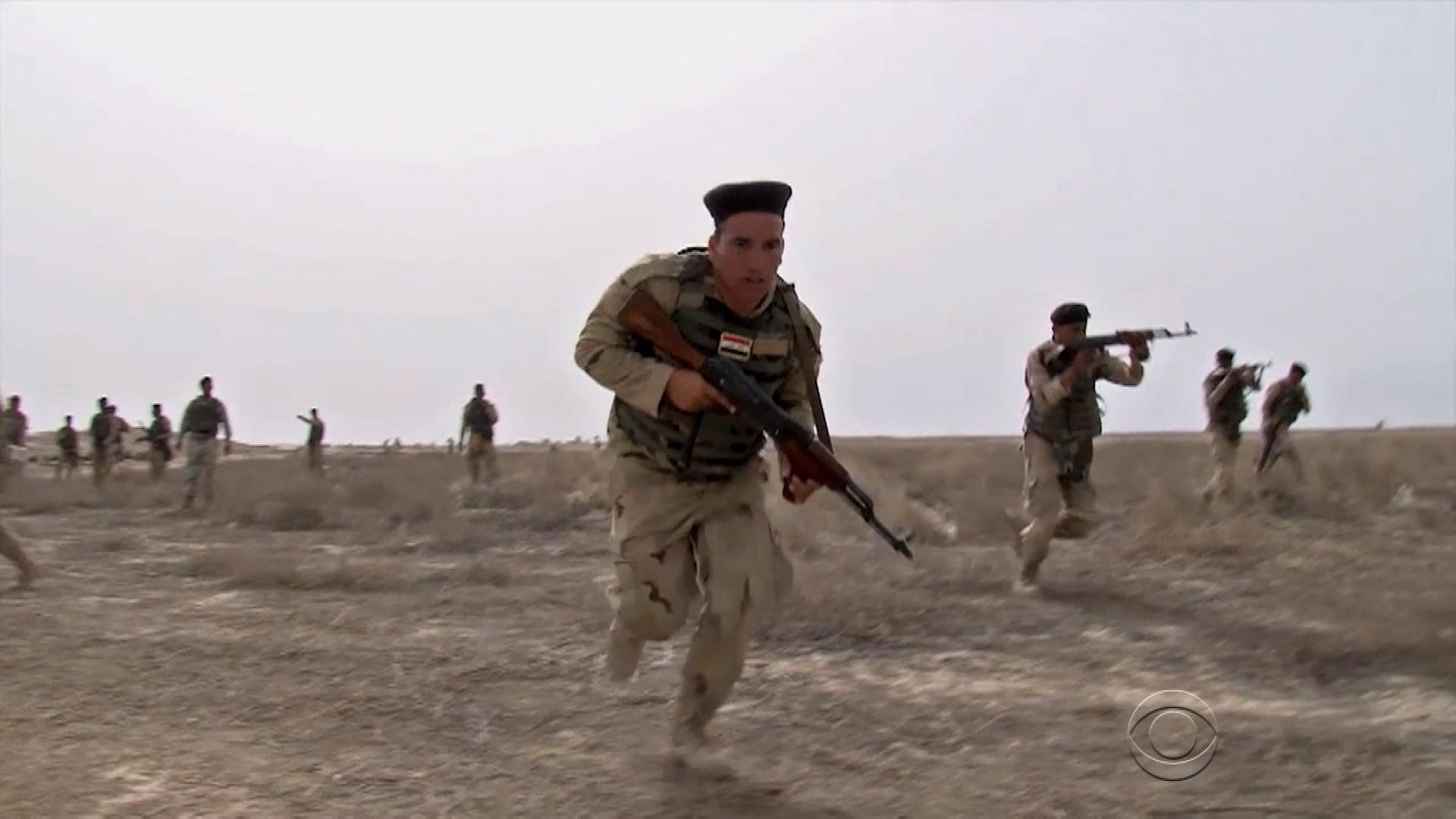 President Obama is sending 450 additional U.S. troops to Iraq in the fight against the Islamic State of Iraq and Syria (ISIS).

The Islamic extremists now control vast territory, most recently taking the key privincial capitol Ramadi in Iraq and the city of Palmyra in Syria. By mid-summer, U.S. forces in Iraq will have grown, from 275 a year ago to more than 3,500.

The 450 Americans will go to a base in Anbar Province to advise and assist a battered Iraqi army division.

That unit includes many of the same soldiers who last month panicked in the face of massive suicide truck bombs and fled Ramadi even though they greatly outnumbered ISIS.

The U.S. mission is to provide planning and equipment for Iraqi forces as they regroup in an effort to retake Ramadi.

Because the airbase is so close to the front lines, most of the 450 Americans will be there simply to protect the base from attack. U.S. troops will also attempt to recruit local Sunni tribesmen who have so far been unwilling to fight for the Shiite-dominated Iraqi government.

In February, a U.S. military officer predicted the decisive battle against ISIS would take place this spring in the Northern city of Mosul. The new focus on Ramadi seems likely to postpone the battle to retake Mosul until next year.

The American strategy depends on building up the Iraqi army so that -- with the help of U.S. airtstrikes -- it can drive ISIS out of Iraq.

So far the U.S. has trained 9,000 Iraqi soldiers at four bases around the country with another 3,000 currently in training. But the Iraqi government has been unable to provide enough recruits. As a result, there has been no training at the Al Assad base in Anbar province for several weeks now. Iraqi troop rosters in Anbar province are littered with an estimated 3,000 so called "ghost soldiers" -- men who are listed as members of the unit but in reality have deserted.

It will take six to eight weeks before all 450 U.S. troops are in position. Like all the other Americans in Iraq, they will be barred from frontline combat against ISIS.