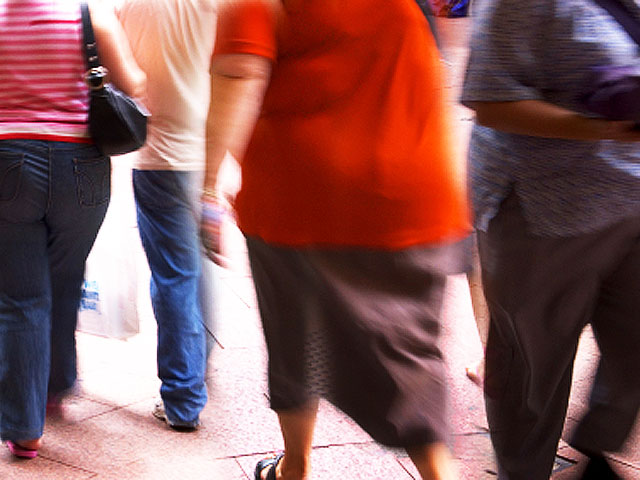 (CBS News) You might know that you could stand to lose a few pounds to boost your health, but do you know if you are obese?

The U.S. Preventative Services Task Force (USPSTF) has issued two new recommendations that advise health professionals to keep better tabs on their patients' weights. The panel of medical experts who advise the government on treatment guidelines said that primary care physicians should screen their adult patients for obesity, which is a person who has a body mass index (BMI) of 30 or more. In comparison, a normal BMI is under 25. Anything in between the two numbers is considered overweight.

"Obesity is a very serious health problem in the United States, and in the past 30 years, obesity rates have dramatically increased," Task Force member Dr. David Grossman, a pediatrician at Group Health Research Institute in Seattle, said in the press release. "The good news is that is that even modest weight loss can reduce health risks for people who are obese. And, there is strong scientific evidence that shows that intensive programs with 12 to 26 sessions in the first year can help people manage their weight."

If a patient is determined to be obese, the task force recommended a comprehensive weight loss and behavior management program with 12 to 26 sessions in the first year.

According to the CDC, more than one-third of adults are obese and no state has met the nation's Healthy People 2010 goal of lowering obesity in their state to less than 15 percent. In fact, from 2009 to 2010 the number of states in which over 30 percent of their population was obese rose from nine to 12.

Non-Hispanic blacks have the highest rate of obesity at 44.1 percent of their population., compared to Mexican Americans (39.3 percent) and all Hispanics (37.9 percent). Non-Hispanic whites had an obesity rate of 32.6 percent. Higher educated women and women with college degrees are less likely to be obese than less educated women, although the number of obese women increased across all income and education levels. However, when it comes to non-Hispanic black and Mexican-American men, those who make more money are more likely to be obese.

Not only does obesity cause many health problems ranging from heart disease, stroke, type 2 diabetes and certain types of cancer, it can be costly. The CDC estimates that medical costs of obese people were about $147 million in 2008. Each obese patient cost $1,429 more than a patient at normal weight.

While the Task Force does recommend targeted behavioral counseling for obese individuals, they said that it wasn't worth giving the program to all patients because the health benefit of promoting healthy living and diets in all individuals - especially those at low risk for getting heart disease - was rather small. Instead, they gave the health counseling a "C" rating, meaning that that it would be better to target selected high-risk, obese individuals for this type of treatment. Doctors must look at other risk factors to see if the counseling might work for their patient.

"When determining which people may benefit the most from counseling, primary care providers may consider patient readiness for change, social support and community resources that support behavioral change, and other health care and preventive service priorities," Grossman said.

To read more about the new obesity recommendations, visit the USPSTF website.