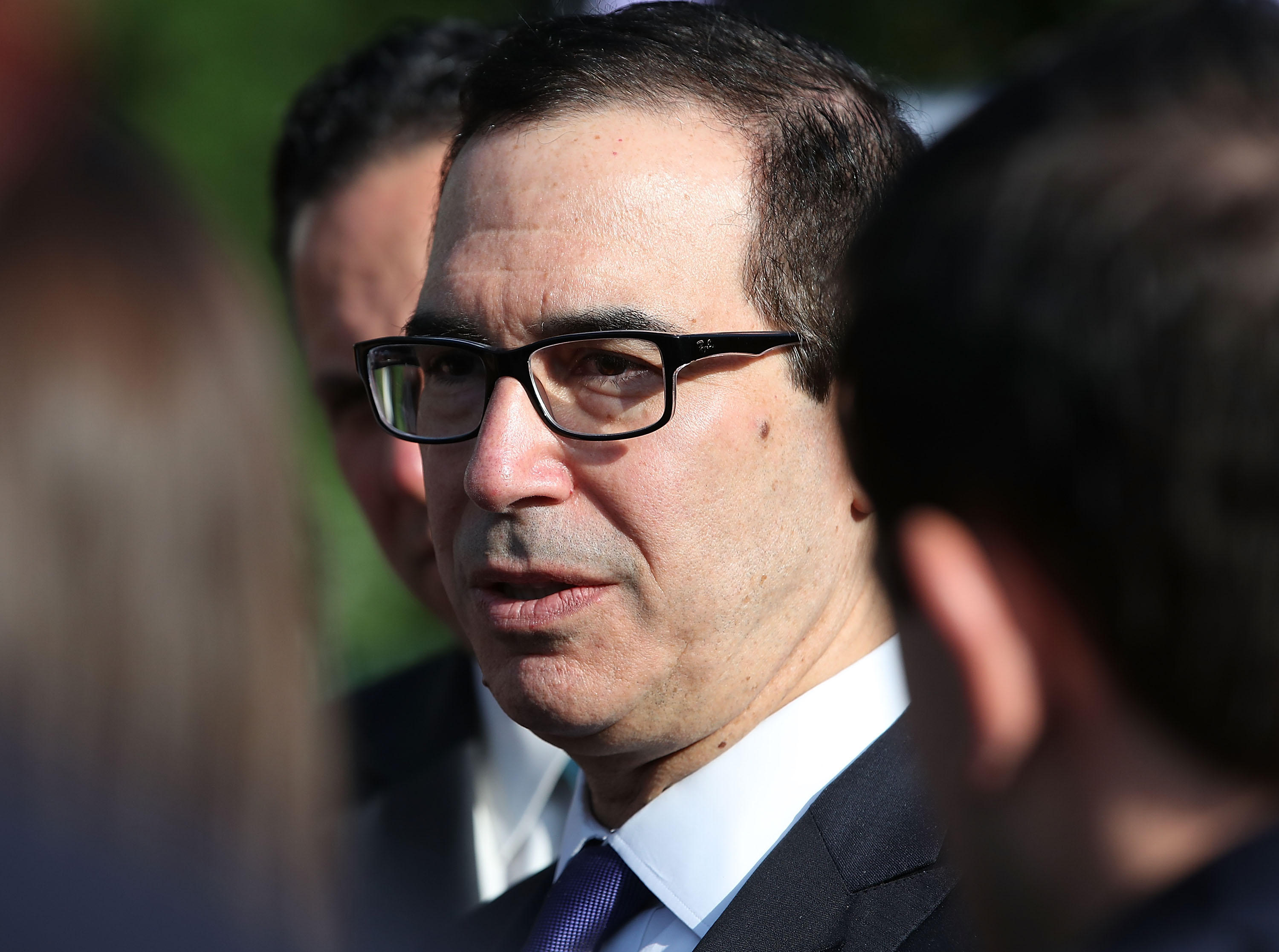 In the short run, a truce in the trade conflict between the United States and China has lightened tensions, halted the immediate threat of U.S. tariffs on China's goods and cheered stock markets. The long-run picture may not be so sunny. The outcome of last weekend's talks upset supporters of President Trump's American First policies, left key differences untouched and kept alive the risk of a destructive trade war between the world's two biggest economies.

A vague statement the two countries released said next to nothing about the issue at the heart of the dispute between Washington and Beijing: The hardball tactics China uses to challenge U.S. technological supremacy. Those tactics include outright cyber theft of trade secrets and demands that American companies hand over some of their technology in exchange for access to the Chinese market.

"They failed to drill down on the biggest frictions facing U.S. businesses and on those where we are most able to move the Chinese," said Mary Lovely, a Syracuse University economist who specializes in trade.

In exchange for the United States agreeing to hold off on tariffs on up to $150 billion in Chinese goods, Beijing did agree to "substantially reduce" America's huge trade deficit with China. But Beijing made no specific commitment.

Treasury Secretary Steven Mnuchin's declaration that the American tariffs would be suspended contributed to a sense of relief in global markets that the two countries had stepped back from the brink. The celebration could prove premature.

"We are not out of the danger zone yet," said Nick Marro, a China analyst with the Economist Intelligence Unit. "There is still a high risk of a trade war, even if the timeline to getting there has been extended."

Beijing refused to knuckle under to a U.S. demand to slash the U.S. trade gap by a specific amount: $200 billion, a figure seen by most economists as wildly unrealistic anyway. The U.S. ran a deficit with China in goods and services last year of $337 billion.

Lovely, the Syracuse economist, said the U.S. was distracted by an "ill-advised focus" on the trade deficit. She said the Chinese, who increasingly have their own technology to defend, might be open to strengthening intellectual-property protections and to pressuring local governments to stop demanding technology transfers.

U.S. Trade Rep. Robert Lighthizer issued a sharp statement: "Getting China to open its market to more U.S. exports is significant, but the far more important issues revolve around forced technology transfers, cyber theft and the protection of our innovation."

"The U.S.," Lighthizer continued, "may use all of its legal tools to protect our technology through tariffs, investment restrictions and export regulations. Real structural change is necessary."

White House economic adviser Larry Kudlow said the threatened tariffs had been suspended "right now," but would not be removed as a negotiating or enforcement tool. "I don't think we're saying tariffs are over -- far from it," he said in an interview with CNBC.

Mr. Trump is dispatching Commerce Secretary Wilbur Ross to try to settle on the kinds of details that were sidestepped in last week's talks with a Chinese delegation led by Vice Premier Liu He.

Some analysts say that for now, Mr. Trump might have wanted mainly to smooth over relations with China before his planned June 12 meeting with North Korean leader Kim Jong Un. The U.S. needs the help of Beijing, which wields influence in Pyongyang, to help seal North Korea's border and prevent goods from reaching Kim's regime in violation of international sanctions.

The U.S.-China trade truce drew fire from some who had applauded Mr. Trump's campaign pledge to overturn decades of U.S. trade policy and crack down on China and other trading partners they accuse of abusive practices.

"More false promises and delaying tactics," tweeted Dan DiMicco, a former steel executive who served as a trade adviser to Mr. Trump during the presidential race. "Been there for 20+ years. It needs to be different this time as promised."

Still, the Trump administration trumpeted what it said had been achieved in two days of talks. Kudlow said the discussions had achieved "terrific progress" aimed at ending "unfair, illegal trading practices."

Treasury Secretary Mnuchin predicted a big increase -- 35 percent to 45 percent this year alone -- in farm sales to China and a doubling in sales of energy products to the Chinese market. Trade analysts and China watchers were underwhelmed.

"Energy exports to China are already soaring," Derek Scissors of the conservative American Enterprise Institute wrote in a blog post. Mnuchin is "promising to win something already happening... the U.S. is folding again."

Last month, the administration proposed tariffs on $50 billion of Chinese imports to protest the forced technology transfers. Mr. Trump later ordered Lighthizer to seek up to an additional $100 billion in Chinese goods to tax. China responded by targeting $50 billion in U.S. products, including soybeans -- a direct shot at Mr. Trump supporters in America's heartland.

The prospect of a trade war has shaken financial markets and alarmed corporate executives. So some business groups were relieved by the cease-fire.

"We're pleased that the two sides apparently made enough progress to dial back on the tariffs and other threats," says John Frisbie, president of the U.S.-China Business Council.

But Frisbie said he wanted to see further progress in addressing U.S. businesses' complaints about how they are treated in China. In particular, the statement the two sides issued skirted over the key issue of forced technology transfers from the United States to China.

Yet Beijing may not be willing to bargain away its drive to become a technological power in such areas as robotics and artificial intelligence, embodied in its "Made in China 2025" initiative. That project calls for China to develop world-class competitors in fields from information technology to electric cars to pharmaceuticals.

"The Chinese would be more than happy to give up their trade surplus," says Robert Atkinson, president of the Information Technology and Innovation Foundation think tank. "They care about one thing, and that's Made in China 2025."

Atkinson said the Trump administration seems willing to give the Chinese a pass on their aggressive technology policies in exchange for additional soybean exports:

"Do we really want to live in a world where we're a third-world natural resource exporter, while the Chinese are the powerful technological machine?"