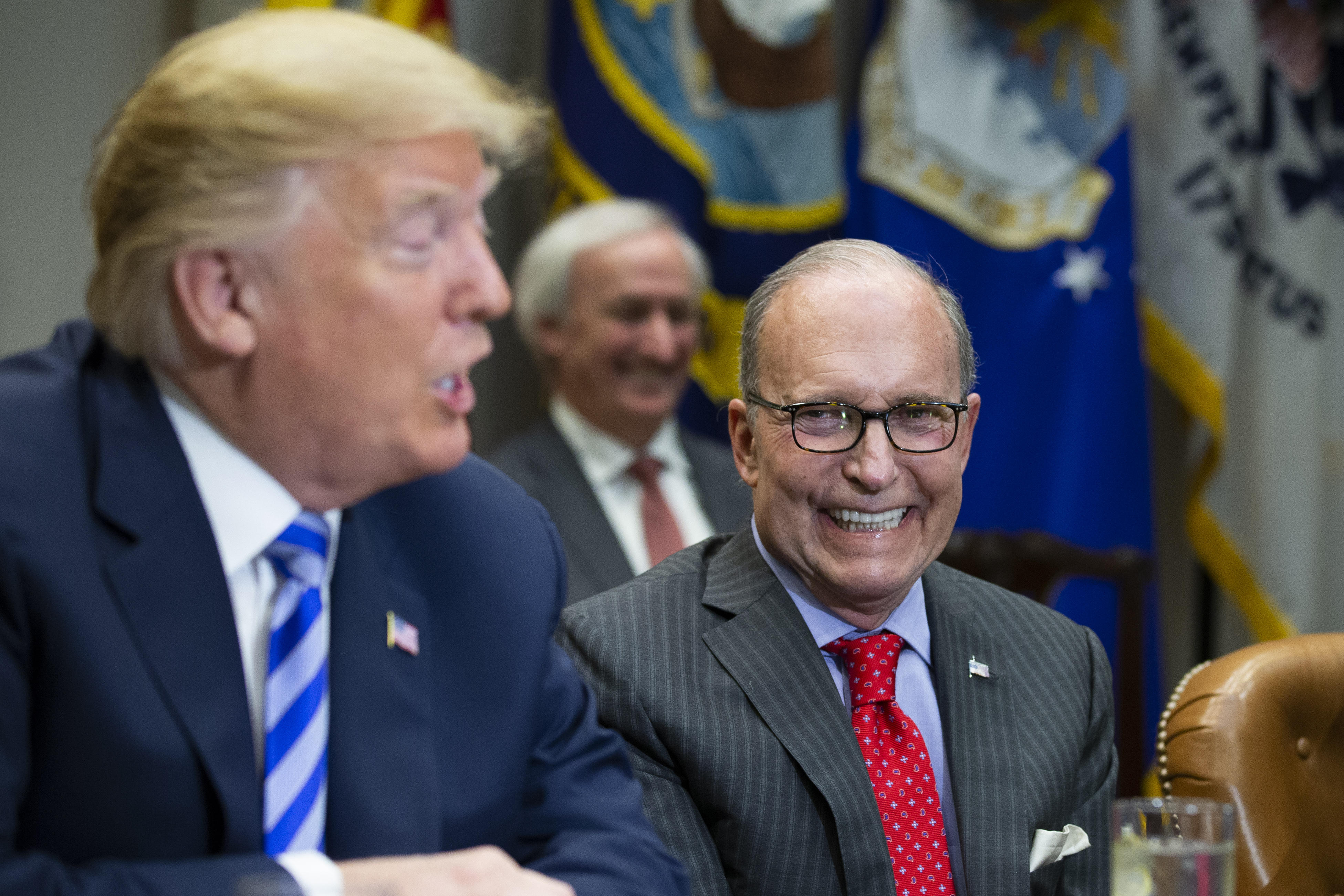 National Economic Council Director Larry Kudlow says the White House has made a "lot of progress" toward avoiding a trade war with China as negotiations over trade between the two countries continue.

"We want China to open up markets, lower tariffs, lower non-tariff barriers, give us a chance. We also want China, however, to change their behavior with respect to technology transfers and also the theft of intellectual property rights. Now, are we going to get everything? I don't know, but I will say this: We're making terrific progress and I think the meetings here in Washington were very positive," Kudlow told CBS News' "Face the Nation" on Sunday.

His comments come after China announced on Saturday that it would boost purchases of American goods and services and work to reduce the trade deficit, though it did not commit to a specific dollar amount. The announcement came in a joint statement from the United States and China following trade negotiations this past week.

Kudlow wouldn't confirm if a threat of $150 billion in tariffs against China was off the table, saying, "We're not at that stage yet." In April, the Trump administration threatened $150 billion in tariffs on Chinese imports, which China countered with a tariff threat of its own, targeting U.S. farmers in particular. Kudlow said President Trump "insisted" the trade deficit be lowered and details would be hashed out "down the road."

"Our view is China must open up. They must become fair traders. They have not been. The rest of the world knows they have not been and China has got to stop the theft of intellectual property and the forced transfer of technology. Those are our family jewels and we can make deals on this. I believe we can make arrangements. That has not yet been completed. But the early going -- I mean, tons of energy coming, tons of agriculture, tons more manufacturing," Kudlow said.

When asked if American farmers should still be concerned about tariffs on agricultural products and future trade disputes, Kudlow said "they need to keep an eye on that."

"Tariffs are part of any negotiation and tariffs may have to be part of any enforcement. You cannot do this kinds of major change without using everything that's in your quiver, and I think the president has made that very clear," said Kudlow.

He added, "You do this to grow our economy better. You do this to help a lot of the different sectors by the by. My view is China will be helped if we pull this off."