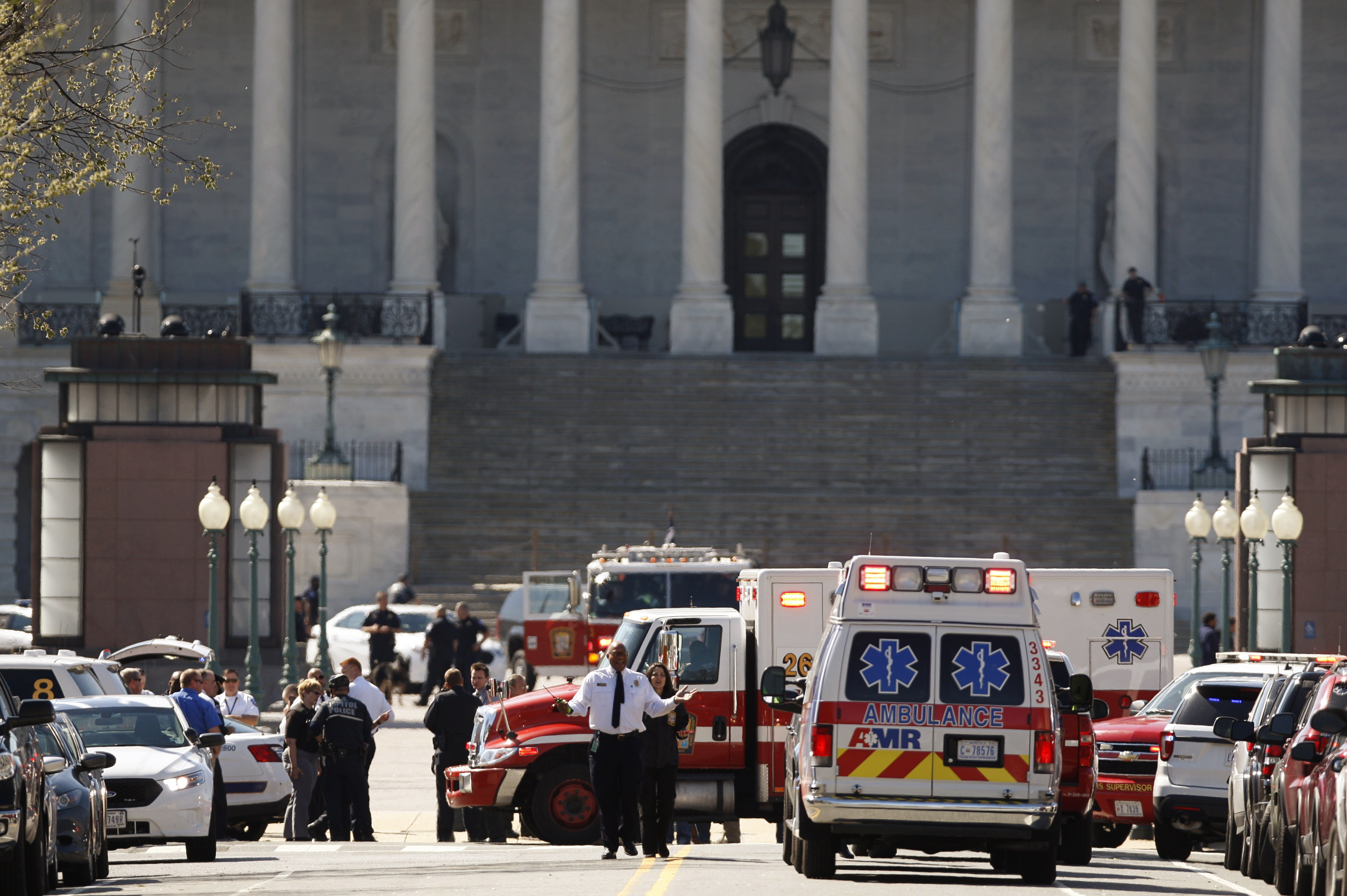 A man was shot by police at the U.S. Capitol Monday afternoon after he drew what appeared to be a weapon and pointed it at officers, U.S. Capitol Police Chief Matthew Verderosa told reporters at a press conference after the incident.

CBS affiliate WUSA reports that Capitol Police have identified the suspect as 66-year-old Larry Dawson of Antioch, Tennessee. He has been charged with assault with a deadly weapon and assault on a police officer while armed.

Sources tell CBS News that he is the same man who disrupted a session of Congress last October.

Verderosa said he was transported to a hospital and is undergoing surgery. He is in stable, but critical condition. He is expected to appear in D.C. court tomorrow afternoon at the earliest.

A female bystander between the age of 35 and 45 appeared to suffer minor injuries from the incident and was transported to the hospital. No officers were injured.

The shooting caused the U.S. Capitol complex to lock down for nearly an hour and there was a brief lockdown at the White House. The lockdown at the Capitol has been partially lifted and the House, Senate and the Library of Congress have re-opened. The Capitol Visitor's Center will remain closed until Tuesday.

Authorities described the event as an "isolated" incident.

He added, "We believe that the suspect is known to us," but he did not confirm the name of the person involved.

Dawson was arrested last October after disrupting proceedings at the House, shouting that he was a "prophet of God." That resulted in a "stay away order" issued by the D.C. Superior Court, which prohibited him from Capitol grounds, according to court documents.

Dawson, who had previously advocated for a $15 minimum wage, filed for bankruptcy in 2011, according to court documents.

Dawson's weapon was recovered from the scene and his vehicle was located on Capitol grounds.

Based on the preliminary investigation, Verderosa expressed confidence that the checkpoints set up at the entrances and exits to the Capitol worked properly on Monday.

"It appears that the screening process works the way it's supposed to," he said.

Early reporting said that a U.S. Capitol Police officer had been shot but not seriously wounded, but that report turned out to be erroneous.

When the shooting began to unfold, U.S. Capitol Police locked down the entire Capitol complex due to the potential security threat. There was a brief lockdown at the White House that was just precautionary. There was no specific threat or imminent danger to the White House, according to a law enforcement official. And in fact, White House Press Secretary Josh Earnest was briefing at time of the incident and concluded his briefing.

The House and Senate are out on recess this week, but Speaker Paul Ryan, R-Wisconsin, was briefed on the incident, according to one of his aides.