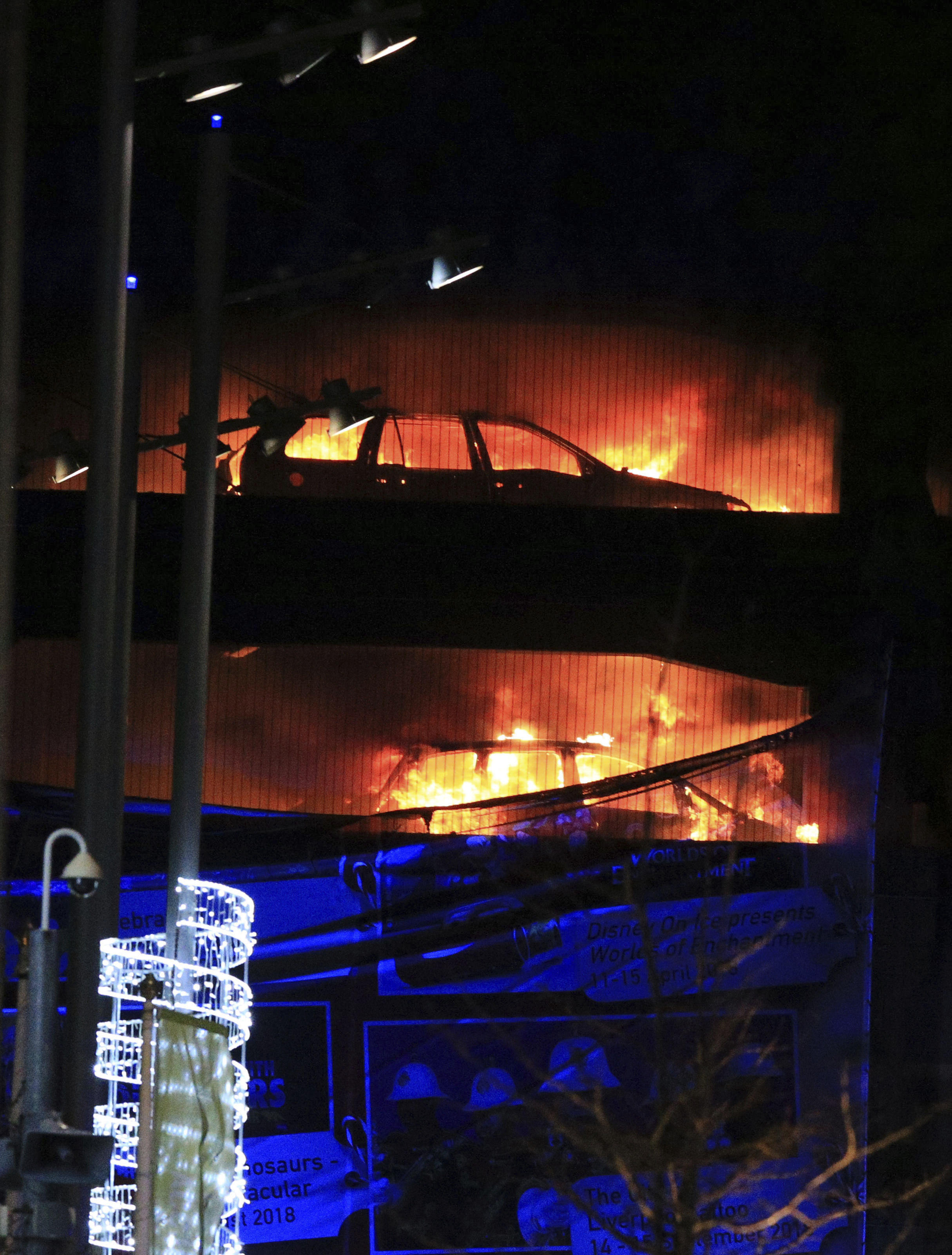 LONDON -- An estimated 1,400 cars were destroyed in a huge fire that raged through a multi-story parking garage in the northern English city of Liverpool. There were no reported injuries in the blaze.

"The flames were just shooting out of the engine and coming past the tires," witness Sue Wright told BBC News. "It looked like a ball of fire on the front of the car and it was producing a lot of smoke."

The fire next to Liverpool's Echo Arena also threatened horses that were stabled in the garage for performances at the Liverpool International Horse Show.

The horses were moved to safety inside the arena. The popular horse show was canceled because of the fire, which was brought under control early Monday morning. The charred remains of ruined vehicles were visible in the seven stories of the parking garage.

Officials set up an emergency shelter to help the many people who could not get home because their cars had been burned.

Fire officials said two dogs were rescued from vehicles parked in the structure. They are believed to have been the only animals inside cars at the time.

The Echo Arena said all people and horses were safe.

Witnesses said cars seemed to explode every couple of seconds when the fire was at its peak. They said the fire appeared to start in the engine of an older Land Rover and quickly spread.

BBC News reports the fire chief said a sprinkler system could have stopped the fire from spreading.

Police said initial reports indicate that an "accidental fire within a vehicle caused other cars to ignite." The blaze started Sunday afternoon.

Nearby apartments were evacuated because of the heavy smoke.

Jan Clarke, from Adelaide in Australia, told BBC News she spent the night in the center with daughters Kaitlyn Bolton, 27, and Shelly, 22, after they were evacuated from their apartment near the area.

She said the first sign of the fire was smoke and the sound of explosions from across the dock.

"We thought it was firecrackers," she said