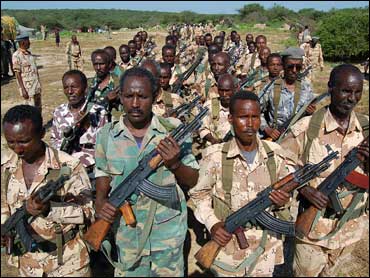 Typhoon Bilis died out over China after sweeping through Taiwan, where it wrecked some 250 homes and killed eleven people.

Rescuers recovered the bodies of seven farmers and a 6-year-old girl buried in a mudslide in the mountainous village of Jenai, Interior Minister Chang Poh-ya said.

The victims were washed from a temporary shelter to the bottom of a creek, but seven other farmers escaped to report the accident. It took rescuers hours to reach the remote village, moving cranes and tractors through roads blocked by landslides.

Powerful winds tore down electrical wires that killed a woman outside the capital, Taipei, and a construction worker died when a retaining wall collapsed in the suburbs, the government said. A man died after he was hit by a door knocked down by strong winds.

About 80 people were injured by fallen utility poles and other objects, officials said.

Taipei was largely unaffected by the typhoon, which hit southern Taiwan late Tuesday night with winds of up to 118 mph.

Bilis lost some of its strength as it headed toward southern China's Fujian province.

City workers in Xiamen got the day off Wednesday, and the Xiamen ferry service and a local airline shut down operations, according to the state-run Chinese news agency Xinhua. There were no immediate reports of how severely the city was hit.

Typhoon Bilis was the most powerful storm to hit the island this year, but there were differing reports about its strength. The Joint Typhoon Warning Center in Pearl Harbor, Hawaii, said it had sustained winds as high as 161 mph. Officials at the Taiwan Central Weather Bureau, which measured the storm at 118 mph, said the discrepancy was partially the result of Taiwan measuring the storm's intensity over a longer period.

More than 600,000 Taiwanese homes lost power during the height of the storm, and tens of thousands of people across the island were moved into shelters set up by the government.

Bilis is the second strong typhoon to hit Taiwan this year. Last month, Typhoon Kai Tak swept through southern Taiwan with winds of up to 93 mph, leaving one dead and five people injured.

One person was killed when a home collapsed and two were washed away by floodwaters in Quang Ngai province, a provincial official said. Officials in Thua Thien Hue said one person was killed by lightning and another reported missing in flooding. In Danang, a man was electrocuted by a fallen utility pole.

Two people were killed and three others reported missing after two wooden boats carrying tourists were sunk Tuesday by a whirlwind that spun across Halong Bay.

The difference between hurricanes and typhoons is a matter of geography and terminology: Typhoons develop west of the International Date Line, while hurricanes are spawned east of the line. Both are tropical cyclones.