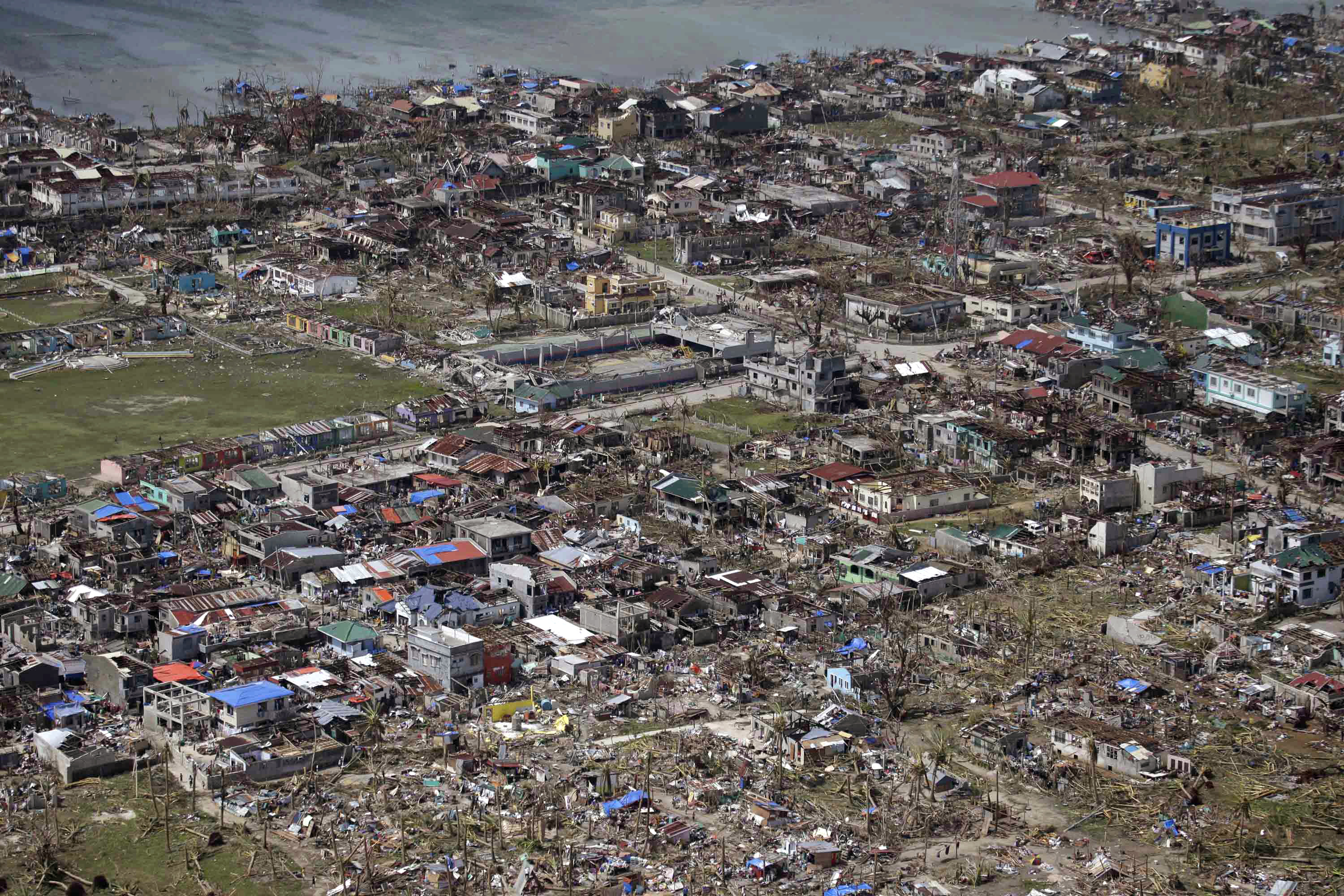 A powerful typhoon hit the Philippines on Friday before heading toward Vietnam. Experts fear more than 10,000 may have died in the storm as it tore through. It also reignited conversations on the impact of climate change on extreme weather events.

But what, exactly, is a typhoon? Here, an explanation of this type of storm.

HURRICANE? CYCLONE? TYPHOON?: They're all the same, officially tropical cyclones. But they just use distinctive terms for a storm in different parts of the world. Hurricane is used in the Atlantic, Caribbean Sea, central and northeast Pacific. They are typhoons in the northwest Pacific. In the Bay of Bengal and the Arabia Sea, they are called cyclones. Tropical cyclone is used in the southwest India Ocean; in the southwestern Pacific and southeastern India Ocean they are severe tropical cyclones.

STRENGTH: A storm gets a name and is considered a tropical storm at 39 mph (63 kph). It becomes a hurricane, typhoon, tropical cyclone, or cyclone at 74 mph (119 kph). There are five strength categories, depending on wind speed. The highest category is 5 and that's above 155 mph (249 kph). Australia has a different system for categorizing storm strength.

SEASON: The Atlantic and central Pacific hurricane seasons are June 1 through Nov. 30. Eastern Pacific: May 15 to Nov. 30; northwestern Pacific season is close to all year, with the most from May to November. The cyclone season in the south Pacific and Australia runs from November to April. The Bay of Bengal has two seasons April to June and September to November.

WHERE IS THE BUSIEST PLACE? The northwestern Pacific where Typhoon Haiyan has just hit. A normal year there involves 27 named storms. Haiyan is the 28th named storm and there has already been a 29th. By comparison the Atlantic averages 11 named storms a year and this year there have been 12, none of them causing major problems.

WHO DECIDES THE NAMES? The lists are maintained by the World Meteorological Organization; the names are ones that are familiar in each region. Names are taken off the list and replaced to avoid confusion if a hurricane causes a lot of damage or deaths. For example, Katrina was retired after it devastated New Orleans in 2005. The Philippines has its own naming system, so Typhoon Haiyan is also being called Yolanda.

HOW DOES EL NINO AFFECT STORMS? During an El Nino - when the central Pacific is warming - there are fewer Atlantic storms. El Ninos shift where storms form, but not the number, for the northwest Pacific and the southwest Pacific. The central Pacific gets more storms during El Nino and the year after. This year has neither an El Nino nor its opposite, a La Nina. It is a neutral year.