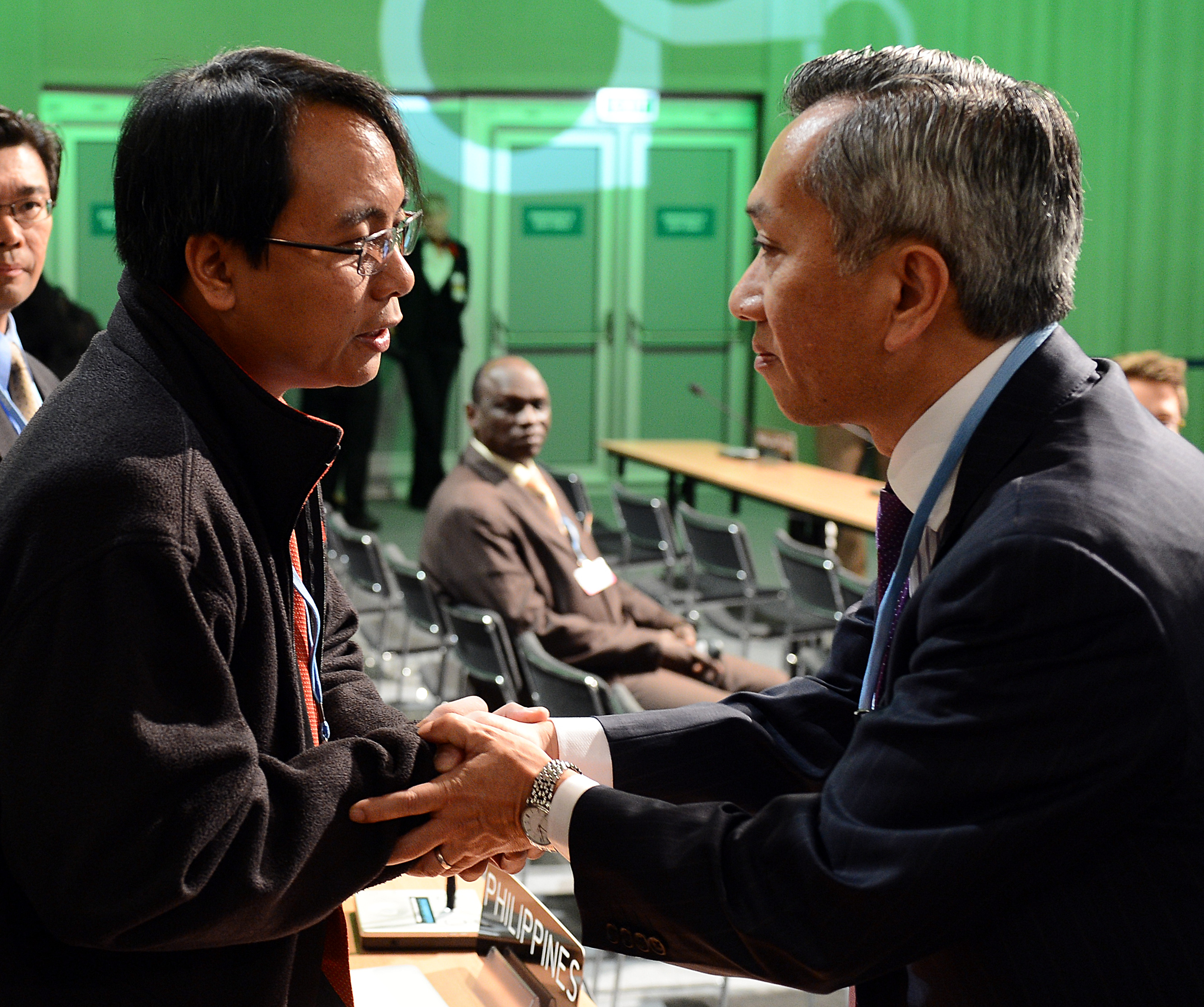 WARSAW, Poland The devastation caused by Typhoon Haiyan cast a gloom over U.N. climate talks Monday as the envoy from the Philippines broke down in tears and announced he would fast until a "meaningful outcome is in sight."

Naderev "Yeb" Sano's emotional appeal was met with a standing ovation at the start of two-week talks in Warsaw where more than 190 countries will try to lay the groundwork for a new pact to fight global warming.

U.N. climate chief Christiana Figueres also made reference to the "devastating impact" of the typhoon in her opening speech, and urged delegates to "go that extra mile" in their negotiations.

Nevertheless, extreme weather such as hurricanes often prompt calls for urgency at the U.N. talks. Last year Hurricane Sandy's assault on the U.S. east coast and Typhoon Bopha's impact on the Philippines were mentioned as examples of disasters the world could see more of unless the world reins in the greenhouse gas emissions that scientists say are warming the planet.

"We can fix this. We can stop this madness. Right now, right here," Sano told delegates in Warsaw.

Choking on his words, he said he was waiting in agony for news from relatives caught in the super-storm's path, though he was relieved to hear his brother had survived.

"In the last two days he has been gathering bodies of the dead with his own two hands," Sano said.

"In solidarity with my countrymen who are struggling to find food back home ... I will now commence a voluntary fasting for the climate," he added. "This means I will voluntarily refrain from eating food during this (conference) until a meaningful outcome is in sight."

On the sidelines of the conference, climate activists called on developed countries to step up their emissions cuts and their pledges of financing to help poor countries adapt to rising seas and other impacts of climate change.

Tense discussions are also expected on a proposed "loss and damage" mechanism that would allow vulnerable countries to get compensation for climate impacts that it's already too late to adapt to.

Though no major decisions are expected at the conference in Warsaw's National Stadium, the level of progress could be an indicator of the world's chances of reaching a deal in 2015. That's the new watershed year in the U.N.-led process after a 2009 summit in Copenhagen ended in discord.