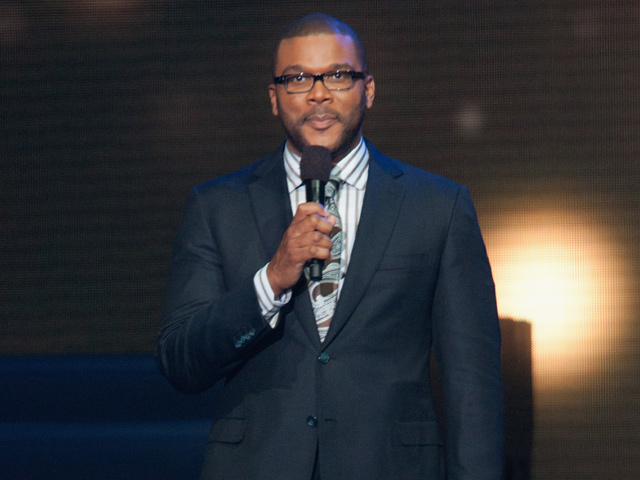 Perry announced that Kardashian will have a role in "The Marriage Counselor" shortly before she ended her 72-day marriage to NBA player Kris Humphries, creating a buzz on social media sites.

Perry explained that he wanted a younger cast to help attract younger viewers.

In a statement on his website, Perry said he didn't imagine there would be so much backlash.

"I could not have imagined I'd be getting all these emails about Kim Kardashian," the filmmaker said.

Before Kardashian's divorce Perry said he was finishing up casting for the movie and asked one of his producers, " 'Who else is out there that young people are looking up to?'"

Perry said he thinks "it would be a very responsible of her to be a part of his film" and good for young people who see her as a role model to "see her in a film that is about what happens in life when you make the wrong choices. "

Perry asked for his fans' understanding.