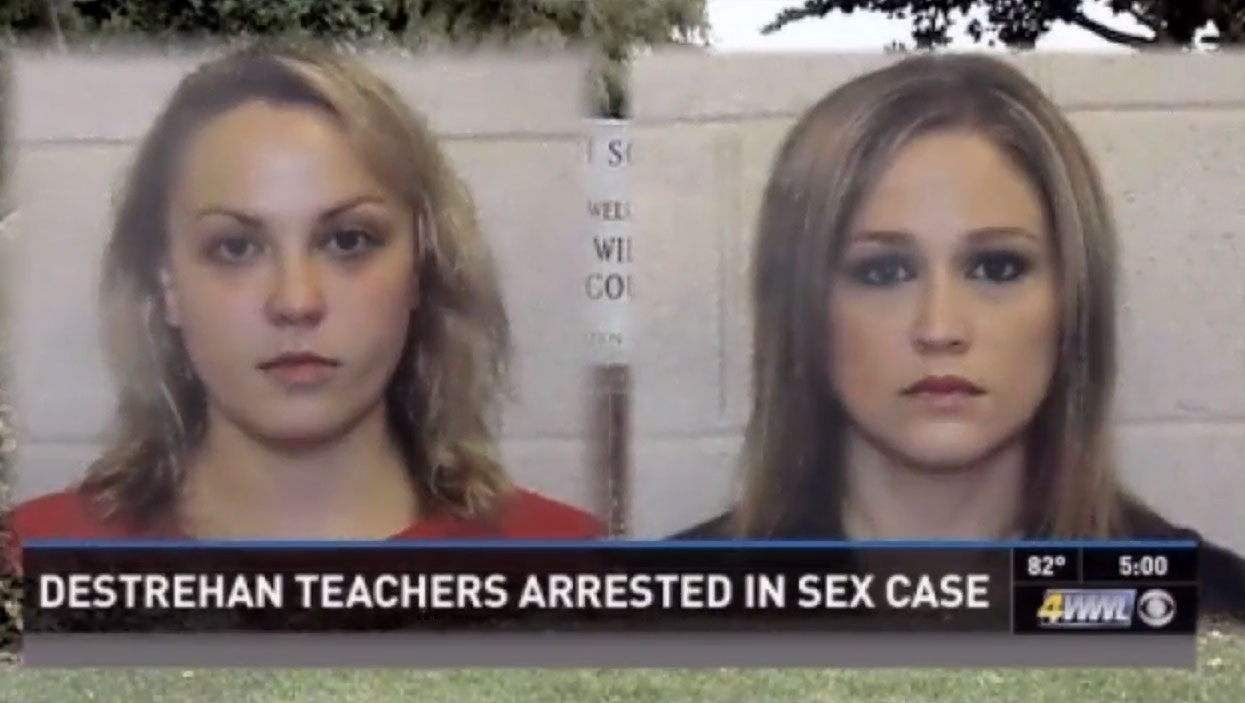 Shelley Dufresne, 34, and Rachel Respess, 24, both teachers at Destrehan High School, are accused of having sex with the male student at a house after a Friday night football game, sources told the station.

According to the St. Charles Herald Guide, both women are charged with carnal knowledge of a juvenile and contributing to the delinquency of a juvenile. The student reportedly bragged about having sex with two teachers, which led to a police investigation.

"No matter what the sex of the victim is, everyone should be outraged," Kenner Police Chief Michael Glaser said at a press conference Wednesday. "You have an educator whose responsibility is the safety and education of children, and when it goes outside those lines I do believe the community should be outraged."