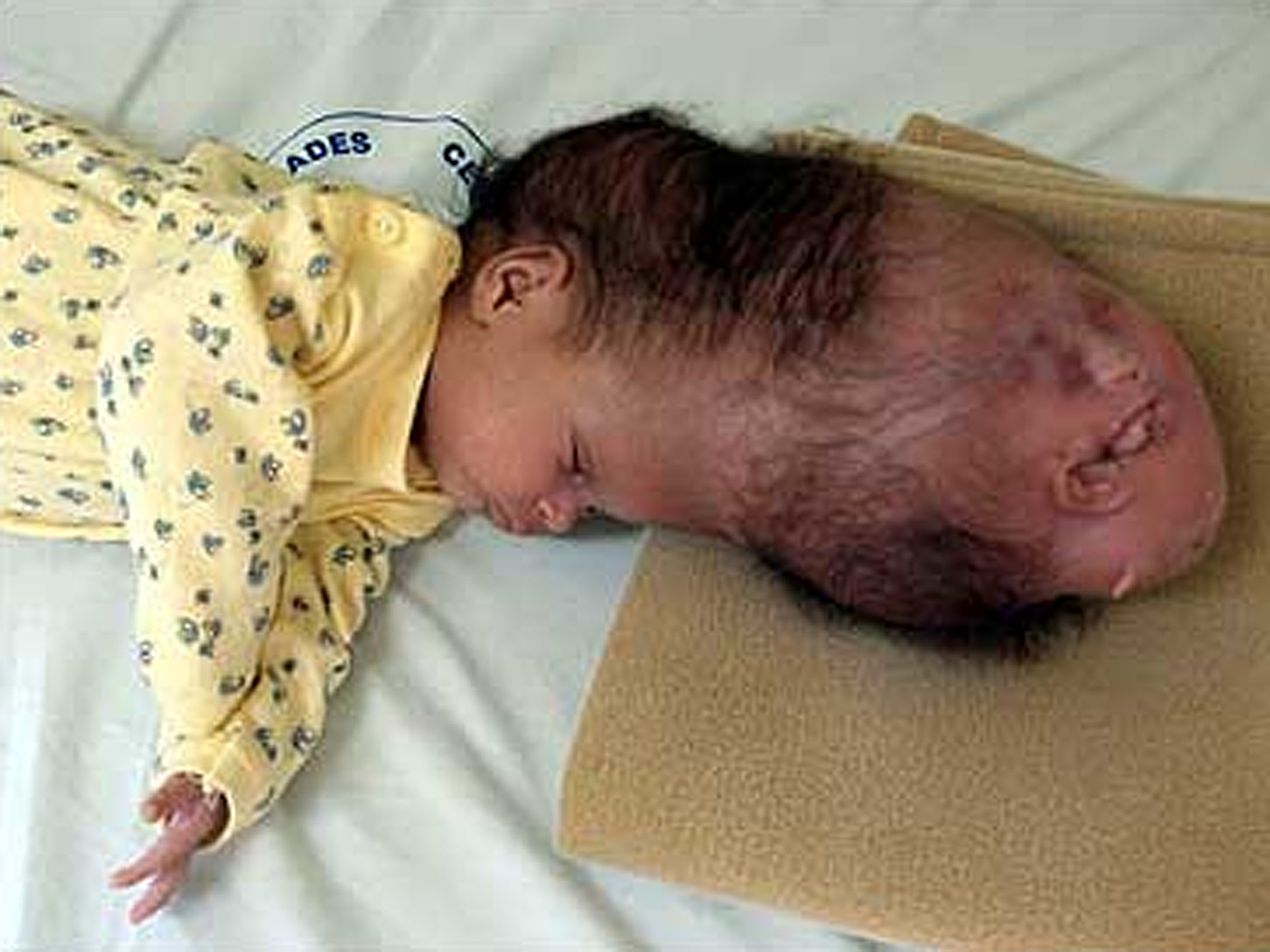 An infant girl born with a second head bled to death Saturday following complex surgery in which doctors removed the partly formed twin that had threatened her brain, her parents and doctors said.

A medical team completed the operation Friday night but said 8-week-old Rebeca Martinez died seven hours after the surgery, which doctors believed to be the first of its kind.

"We knew this was a very risky surgery, and now we accept what God has decided," said the father, 29-year-old Franklin Martinez, who stood next to his wife at a hospital news conference, visibly exhausted and eyes swollen. "Rebeca is no longer with us physically, but no one will forget her."

The Dominican girl lost a lot of blood during the operation, which apparently caused a heart attack, said Dr. Jorge Lazareff, the lead brain surgeon.

"This was not a failure or an error," he said. "When we left here last night at midnight the girl was in stable condition. At some point in the middle of the night, she started to bleed."

Doctors had warned the baby would be highly susceptible to infection or hemorrhaging after the operation, which lasted about 11 hours.

"She was too little to withstand the surgery,'' said her mother, 26-year-old Maria Gisela Hiciano, sobbing softly.

Doctors said Rebeca had many transfusions during the operation, but that her blood wouldn't clot afterward due to the large amount of blood the body kept trying to pump to the second head.

"In that case, you can't do anything. This is the worst complication that can happen in this kind of surgery," said Dr. Benjamin Rivera, one of two lead surgeons.

With its own partly developed brain, ears eyes and lips, the second head was growing faster than the lower one, said Lazareff, who in 2002 led a team that successfully separated conjoined Guatemalan twin girls in 2002.

Doctors will learn more in the coming months as they review details of Rebeca's operation, said Lazareff, who is director of pediatric neurosurgery at the University of California at Los Angeles' Mattel Children's Hospital.

"It was probably an imbalance of blood pressure" that led to the hemorrhaging, he said.

It will be up to the parents whether an autopsy is performed, Lazareff said. The doctor said such surgeries still could be viable in the future.

Without an operation, her doctors said Rebeca would have barely been able to lift her head at 3 months old. They said the pressure from the second head, attached on top of the first and facing up, would have prevented Rebeca's brain from developing.

During Friday's surgery, 18 surgeons, nurses and doctors worked in rotations to cut off the undeveloped tissue, clip the veins and arteries, and close the skull using a bone and skin graft from the second head.

"We feel like we've lost a family member," said Dr. Santiago Hazim, medical director of Santo Domingo's Center for Orthopedic Specialties, where the surgery was performed.

Rebeca was born Dec. 10 with the undeveloped head of her twin, a condition known as craniopagus parasiticus.

Her parents said doctors told them Rebeca would be born with a tumor on her head but that none of the prenatal tests showed a second head.

Twins born conjoined at the head are extremely rare, accounting for one of every 2.5 million births. Such twins have previously been separated in surgery.

Parasitic twins like Rebeca, however, are even rarer. She is the eighth documented case in the world of craniopagus parasiticus, Hazim said. All the other infants documented to have had the condition died before birth, making Rebeca's surgery the first known operation of its kind, the doctors said.

"We always saw Rebeca without the extra part of her body," her father said after her death.

Rebeca was Hiciano's third child — along with a 4-year-old boy and 1-year-old girl.

"We aren't going to have any more children," Hiciano said. "Not because of what happened to Rebeca, but for economic reasons."

Hiciano, a supermarket cashier, and her husband, who is a tailor, together make about 10,000 Dominican pesos ($200) a month in the Caribbean country.

CURE International, a Lemoyne, Pennsylvania-based charity that funds the orthopedic center and gives medical care to disabled children in developing countries, paid an estimated 100,000 for the surgery.

Rebeca's parents said they planned a funeral, but arrangements had yet to be announced.