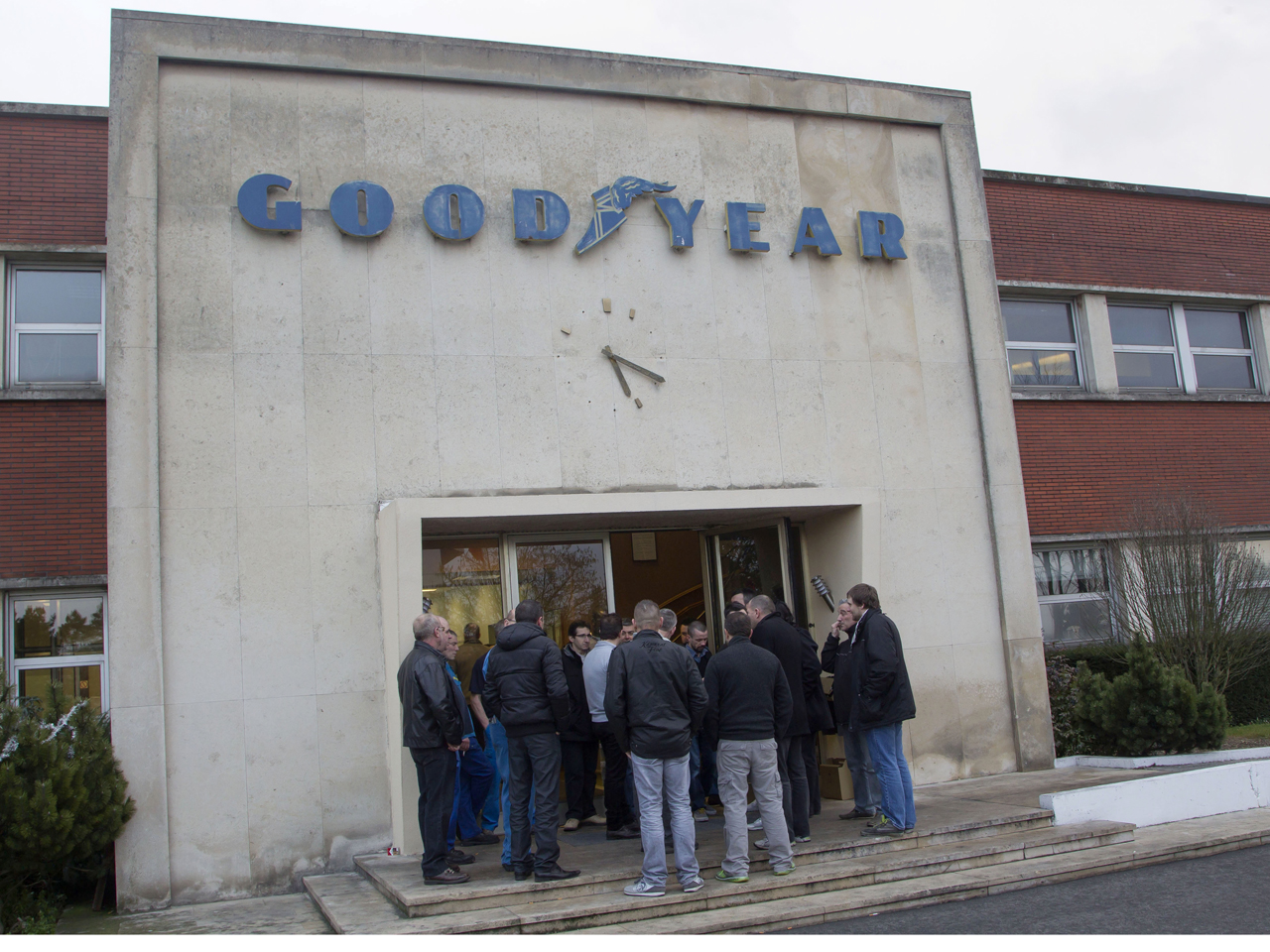 PARIS -- Two Goodyear bosses held captive by workers spent the night inside a factory in northern France that the company wants to close.

The plant, which Goodyear has tried to sell or shutter for five years, has become an emblem of France's labor issues, and the seizure Monday morning of the two managers - the plant's director and human resources chief - resurrected the once-common practice of boss-napping.

Sylvain Niel, a labor lawyer who has worked on similar issues, said the tactic fell away because any agreements under pressure were later voided in courts.

"It's a reaction of despair," Niel said. "They have no room to maneuver in the closing of the factory."

The Amiens plant has an especially contentious past. Goodyear's attempts to close it have been stalled by violent protests with huge tire bonfires, government concerns and France's prolonged layoff procedures.

Boss-nappings typically have lasted from a few hours to a couple of days. They are punishable under French law by five years in prison and a 75,000-euro ($102,000) fine - as long as the boss goes free in under a week.

But generally the workers are not prosecuted, and in many cases they have tried to make the manager's time in captivity more comfortable.

Mickael Wamen, a union leader, told the Courrier Picard newspaper that the managers had refused offers of mattresses and blankets overnight.

"Things were sometimes animated, sometimes calm, but without any meanness," Michel Dheilly, the captive plant manager, told reporters allowed inside the factory.

The other captive manager, Bernard Glesser, was less sanguine, saying he would not give any statements under duress.

"These are basically honest people, in despair," he said.