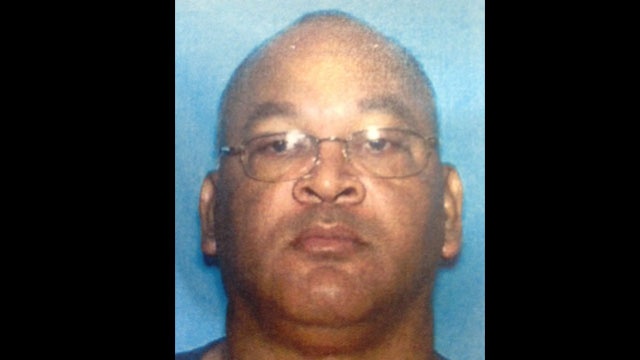 According to CBS affiliate WPEC-TV, police say the bodies were found at 6:30 a.m. Wednesday in a maintenance area of the Alexander W. Dreyfoos School of the Arts.

The bodies were identified Wednesday evening as Ted Orama and Christopher Marshall, according to the station. Both victims were reportedly custodians at the school. Officials don't believe the deaths were student-related.

In a news conference Thursday morning, police reportedly said Javier E. Burgos, another employee at the school, is a person of interest in the case and is currently unaccounted for.

Witnesses reportedly confirmed to police that Burgos was on campus at the time of the shooting and police want to speak to him.  According to the station, Burgos was scheduled to report to work Thursday morning, but he did not show up.

Capt. Bernhardt of the West Beach Police Dept. tells the public to be on the lookout for Burgos, who could be armed. Police say he is driving a 2010 silver Toyota Corolla with license plate: 284 PRH. Anyone who sees him is asked to call 911 immediately.

The Dreyfoos School was founded in 1989 and has reportedly been ranked as one of the best high schools in the United States by U.S. News and World Report.

The Palm Beach Post reports summer classes had not yet started at the school.

The school district released a statement saying they are "deeply saddened by the events that transpired" and that their "thoughts and prayers go out to workers, family, friends, and community members that have been impacted."