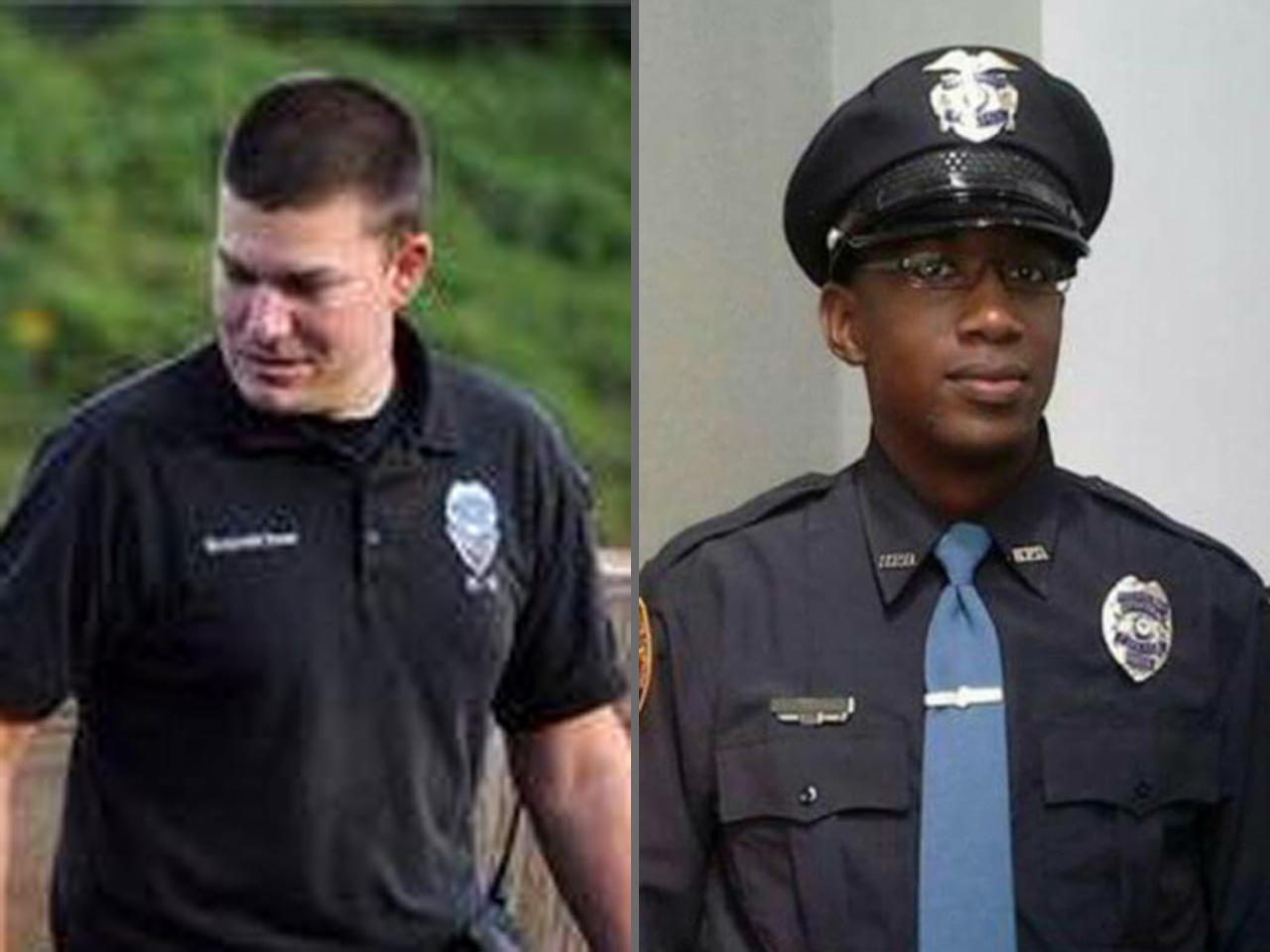 HATTIESBURG, Miss. - Three people were arrested in connection with the murder of two police officers -- one a rookie -- who were fatally shot Saturday evening during a traffic stop in the southern Mississippi city of Hattiesburg.

The incident prompted a statewide manhunt overnight, and led to a pair of brothers and a third suspect being arrested, authorities said.

The deaths of the officers are the first to hit the southern Mississippi city of Hattiesburg in three decades - and come amid a national debate on policing, race and the use of deadly force, following the recent killings of unarmed black men by police in Missouri, South Carolina and elsewhere.

The officers' deaths also follow by a day the funeral of a New York City officer who was shot in the head while stopping a man suspected of carrying a handgun.

Warren Strain, a spokesman for the Mississippi Department of Public Safety, said the three suspects were traveling in a Hyundai vehicle when it was stopped by one officer and that shots were fired by "one individual" from the vehicle.

CDT Saturday, a second officer arrived to help him and shots were fired. Those were reported to be the first deaths on the Hattiesburg police force in three decades.

Strain told The Associated Press by phone early Sunday that the shooting occurred near an area of apartment houses and that officers told people immediately afterward to take shelter while they searched for two suspects.

Strain said both officers died of their injuries at a hospital.

He said the suspects had left the scene but didn't elaborate if they were stopped by police initially.

"At this point a weapon has not been recovered. However, warrants have been issued to search several properties in the Hattiesburg area. We are hopeful and believe that the murder weapon will be recovered," Strain added. "At this point, it appears to have been only one weapon."

Torsky Williams, a long-time Hattiesburg resident, told WHLT he was there as the shots rang out.

Strain said that after the shooting Marvin Banks "absconded with a Hattiesburg police cruiser. He didn't get very far, three or four blocks and then he ditched that vehicle."

A Hattiesburg Police Department spokesman, Lt. Jon Traxler, told The AP the officers who died were 34-year-old Benjamin Deen and 25-year-old Liquori Tate. Local reports identified Deen as a past department "Officer of the Year" and Tate as a newcomer to the force.

Specifics of why the vehicle was stopped and why shooting broke out remained unclear, Strain said. Strain said he also didn't have further details of the officers' actions when the shots erupted.

He said the state's chief law enforcement agency, the Mississippi Bureau of Investigation, had taken up the probe of the shooting.

The newspaper reported these are the first Hattiesburg officers to die in the line of duty in 30 years. It said Tate was a recent police academy graduate while Deen was a K-9 officer who had been honored as the department's "Officer of the Year" in 2012.

Hattiesburg resident Tamika Mills told The Clarion-Ledger that bystanders came upon the officers on the ground, and that one of them asked "... 'Am I dying? I know I'm dying. Just hand me my walkie-talkie.'" Mills told the paper, that seeing the officers down in the street was "shocking and heartbreaking."