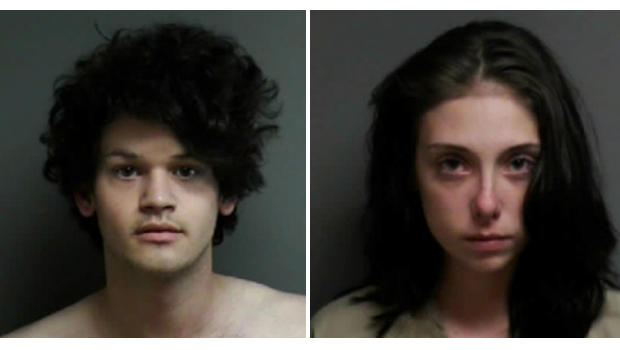 At a news conference Friday, Macomb County Sheriff Anthony Wickersham said 19-year-old Andrew Fiacco and alleged accomplice 18-year-old Yvette Macdonald were arrested Thursday in connection with the death of 19-year-old Stephen McAfee, who went missing more than a year ago.

Wickersham said Fiacco shot McAfee and left his body in a field. About a month or so later, he and Macdonald — his girlfriend at the time — allegedly cut the body up, CBS Detroit reports.

According to a statement from the sheriff's office, the investigation into McAfee's disappearance had gone cold until last week when "a female and her father" came into the sheriff's office on Wednesday and said that Macdonald had confided in her that she had helped dispose of McAfee's body. The next day, investigators searched two locations — a vacant property in Bruce Township and Fiacco's home — and say they found evidence and remains in both places, including a jawbone and clothing at the vacant property, and a skull at Fiacco's home.

"We were over a year in this investigation and we didn't have any information until the young lady came in two days ago," the sheriff told reporters.

The motive for the crime is "not clear" at this time, according to the sheriff's office, as "Fiacco gave multiple stories."

CBS Detroit reports that McAfee had been living with his parents at their Macomb Township home when he reportedly left at around 2:30 a.m. on March 10, 2016.

McAfee's family members got worried when they weren't able to get ahold of him on his cellphone, and noticed he didn't take any money, credit cars or clothes with him.

Michigan State Police said the young man was diagnosed with Asperger's syndrome, and although he was high-functioning, it was believed he could have been "easily coerced."