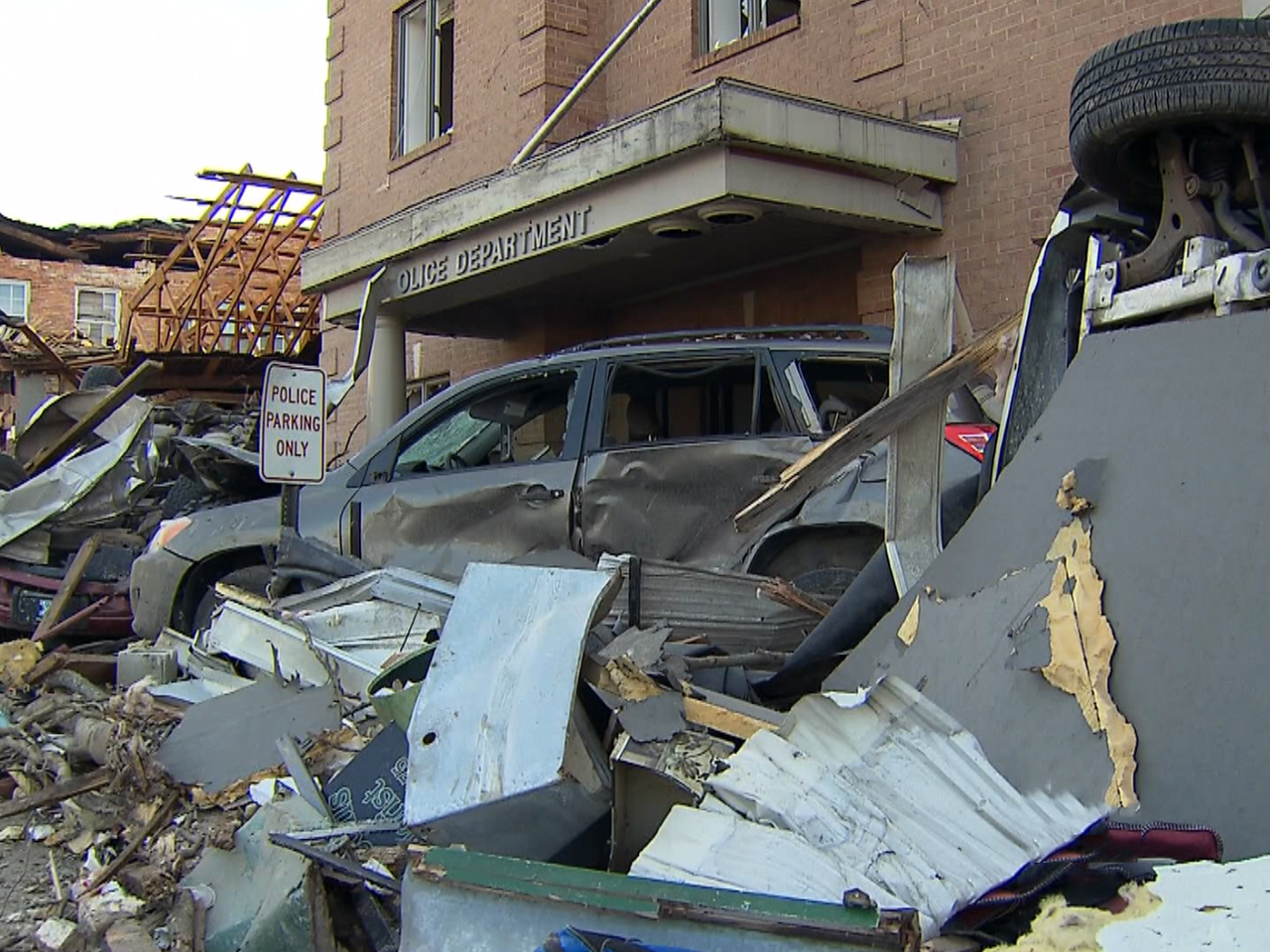 (CBS News) WEST LIBERTY, Ky. - There is snow on the ground in Kentucky this morning, making life worse for tens of thousands of people who survived the state's worst tornadoes in 24 years.

The death toll is now 39 from the storms that barreled across the Midwest and South on Friday and Saturday.

Twenty-one people died in Kentucky and 13 in Indiana, including a little girl, Angel Babcock, who'd been found alive after a twister killed her father, mother, and two siblings.

Rescue workers continue to search for more possible victims. A lack of power and communications is hampering recovery efforts in many areas.

A week ago, the snow that fell in West Liberty overnight might have been a pretty sight there -- at worst, a minor inconvenience, but now, it could be downright dangerous as it covers obstructions, like twisted metal and stray nails. And it comes at a bad time, as West Liberty tries to put itself back together.

Officials promise the town will get back on its feet. Crews are cleaning up and some banks are reopening, and a few residents have made it into town to survey the damage to their homes.

The story is echoed all across the Midwest and South, where tornadoes took lives in five states.

And in Dallas, a Baptist men's organization loaded up an 18-wheeler with supplies to distribute to hard-hit regions in the South.

Now, volunteers have arrived by the hundreds, and crews are working to restore power.

On Sunday, members of a local Catholic church gathered under their patched-up roof to support each other.

Even for survivors, the psychological impact of seeing a tornado close-up may take a long time to fade.

Back in West Liberty, Teresa Eldridge can't forget hiding in a bathroom with her two young children. "It felt like either the house was going to come down or the roof was going to come off," she said through tears, "and I thought we were going to die."

West Liberty officials expect lots of volunteers to arrive to help with the cleanup. And The American Red Cross says there's a pressing need for nursery water to make formula for babies, and for food which, they say, they're running through way too quickly.

To see Anna Werner's report, click on the video in the player above.