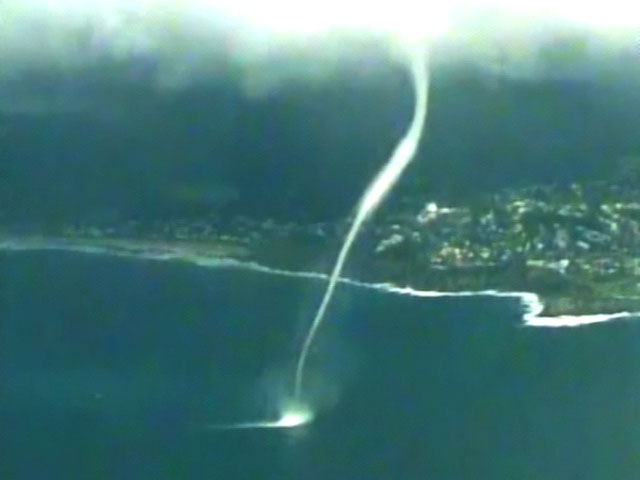 Dramatic footage was captured Monday of a series of powerful waterspouts in the ocean north of Sydney, Australia, off the New South Wales coast.

The video, taken from a helicopter by Australia's Channel 7, showed several powerful columns of swirling air blasting along the water's surface near the coastline.

Channel Seven says the spouts reached heights of up nearly two thousand feet), but dissipated as they neared land.

"It looked pretty impressive," one local resident remarked to Channel 7. "I wouldn't have liked to have been in a boat out there."

The waterspouts formed as strong winds and heavy rain lashed other parts of the region, causing flash flooding and traffic chaos in Sydney.

A State Emergency Services official said five people were rescued after they were trapped by the flooding in Sydney's metropolitan area.