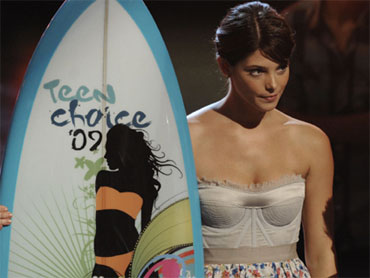 NEW YORK (CBS/AP) Actress Ashley Greene was recently honored as a "fresh face" at the Teen Choice Awards, but it's not her face that she's trying to cover up.

A lawyer for Greene, who starred in the vampire box-office hit movie, "Twilight," confirms that nude photos of his client have surfaced on the Internet, and he's threatening to sue anyone who publishes them.

"The photos in question, which appear to be of our client, are illegal and are being unlawfully displayed," according to a statement by the lawyer for the 22-year old actress. "Our client intends to take legal action."

"Ms. Greene is the owner of the copyrights in these photos," reads the posted statement. "And as copyright owner, Ms. Greene owns the exclusive rights, among others, to reproduce, distribute, and to display the photos."

It's believed the pictures of Greene were taken when she was 19-years-old.